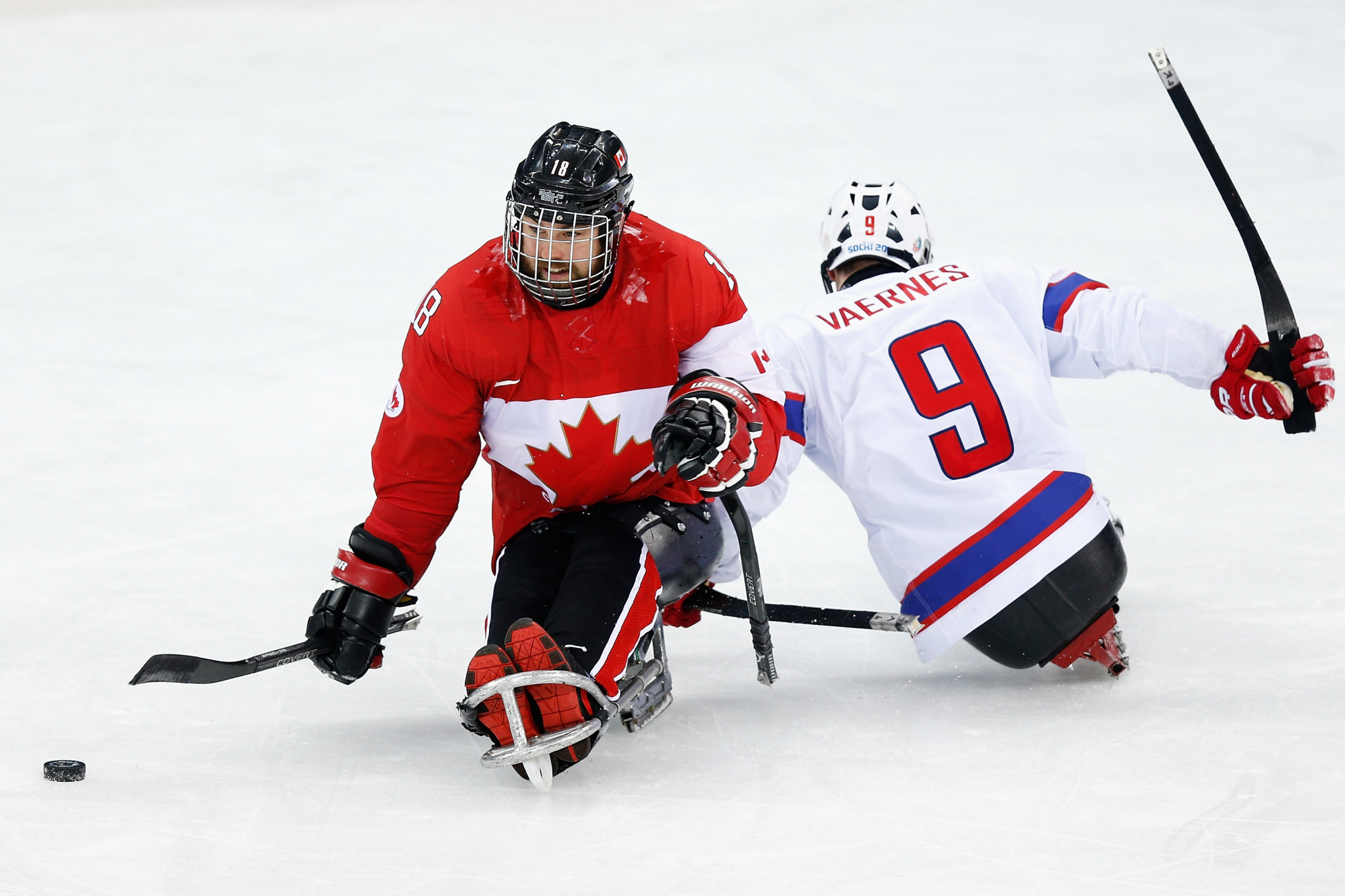 Pyeongchang 2018 silver medallists Canada have revealed their ice hockey roster for the Beijing 2022 Winter Paralympics in Beijing, with 10 players returning to the Games and seven making their debuts.

Forwards Billy Bridges and Greg Westlake were members of the Canadian squad which won its only Para ice hockey gold to date at Turin 2006, and have previously featured at five and four Paralympics respectively.

As well as Bridges and Westlake, a further four squad members won bronze at Sochi 2014 and finished as runners-up four years ago.

Defenders Rob Armstrong and Tyrone Henry and forwards James Dunn and Liam Hickey are also bidding to go one better than they achieved at Pyeongchang 2018.

The future is now!

Ken Babey is Canada's head coach for Beijing 2022 as he was in Pyeongchang, and he is targeting victory in the Chinese capital.

"Our team has one goal in mind and that is to bring home a gold medal, and we are confident this group will make Canadians proud from coast to coast to coast," he said.

"We have seven first-year Paralympians on this team out of 17, so that's about half the team, and other guys coming back.

Hockey Canada chief executive Tom Renney insisted each player had earned their place in the squad with their dedication to the sport in trying circumstances in recent years.

"It's been quite a journey for this group," Renney reflected.

"It's been two years of cancellations, postponements, some competition - very, very important - but every single day, day in and day out, committed to the cause of getting to Beijing to win gold."

Marshall Starkman is to serve as manager of hockey operations for Beijing 2022.

Canada are ranked second in the world behind the United States in Para ice hockey, and have taken silver at the World Championships in 2019 and 2021.

They have been drawn in Group A for next month's Winter Paralympics alongside the US, South Korea and the Russian Paralympic Committee.

Canada are due to face the US in a repeat of the 2018 final in their first match on March 5, with the Para ice hockey tournament scheduled to finish on the final day of the Games on March 13.

The top two in the group will advance to the semi-finals, with those placed third and fourth required to go through a quarter-final against one of the top two from Group B.