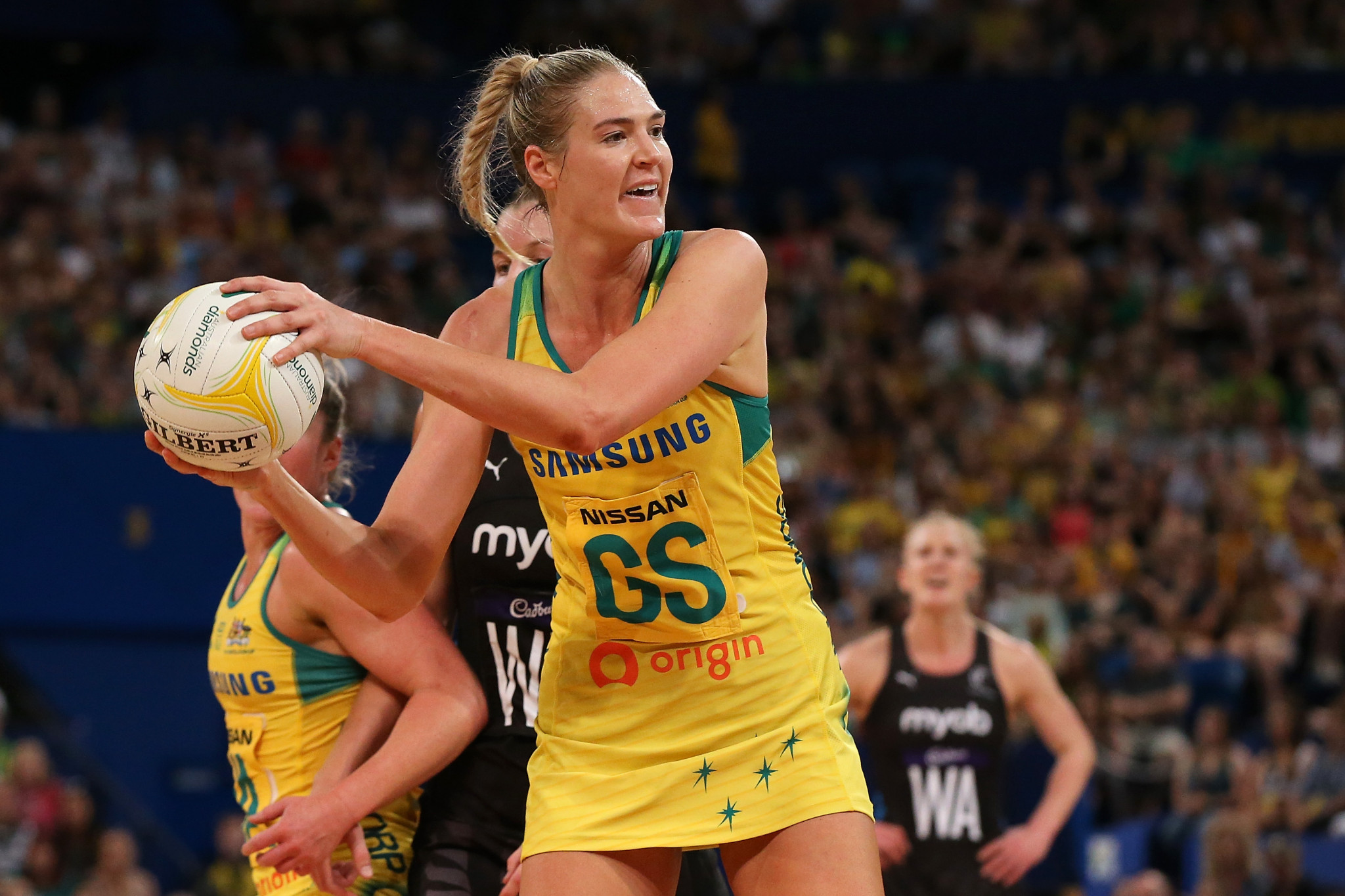 Australian netball champion Caitlin Bassett, who represented her country on 102 occasions, has announced her retirement.

The 33-year-old, who made her debut against England in 2008, has had an illustrious career, winning the Commonwealth Games gold medal in 2014 and two Netball World Cup victories in 2011 and 2015, respectively.

The former Australian captain is one of the five Diamonds to have played over 100 games in green and gold.

Bassett has scored 2863 goals for her country, including the winning goal in the 2011 Netball World Cup final against New Zealand.

In 2015, Bassett became the first shooter to be awarded the Liz Ellis Diamond - the highest individual accolade in Australian netball.

One of the all-time great Australian athletes,💎#150

Thank you for everything Caitlin, and enjoy retirement💚💛 https://t.co/oNg2cp4H21

"Netball has been such a huge part of my life and I still pinch myself looking back at the incredible experiences I've had both on and off the court," Bassett said.

"While it isn't the fairy tale ending I wanted and I am disappointed, the support I have received over the last 18 months, in particular, has been amazing.

"This sport has given me so much and I still plan on being involved.

"I want to give back and help others navigate the challenges I have overcome and continue to grow the game."

Bassett started her career with Perth Orioles before going on to represent West Coast Fever from 2005 to 2016.

She moved on to Sunshine Coast Lightning the following year with whom she won two consecutive Super Netball titles.

Australian national coach Stacey Marinkovich was full of praise for her former player.

Congrats to Caitlin Bassett on an amazing netball career! Your contribution to our club, Western Australian, and Australian netball has been monumental. You will go down in history as a Fever great and forever remain a key part of our club’s history 💚 https://t.co/b0umyO5dar pic.twitter.com/zwQ7UKGQHf

"Throughout Caitlin’s incredible career, she has inspired many young Australians both on and off the court and she is as a champion of our game," Marinkovich said.

"Caitlin’s accuracy under extreme pressure, her ability to position under the most physical pressure and her passion for the game made her a major asset to the Diamonds and a threat to all opposition teams."

Netball Australia chief executive Kelly Ryan echoed the same emotions and thanked her for her contribution to the sport.

"It has been a privilege for netball fans right across the world to witness Caitlin’s dominance in the goal circle," Ryan said.

"Caitlin has made an enormous contribution to netball, and we congratulate her on an incredible career."