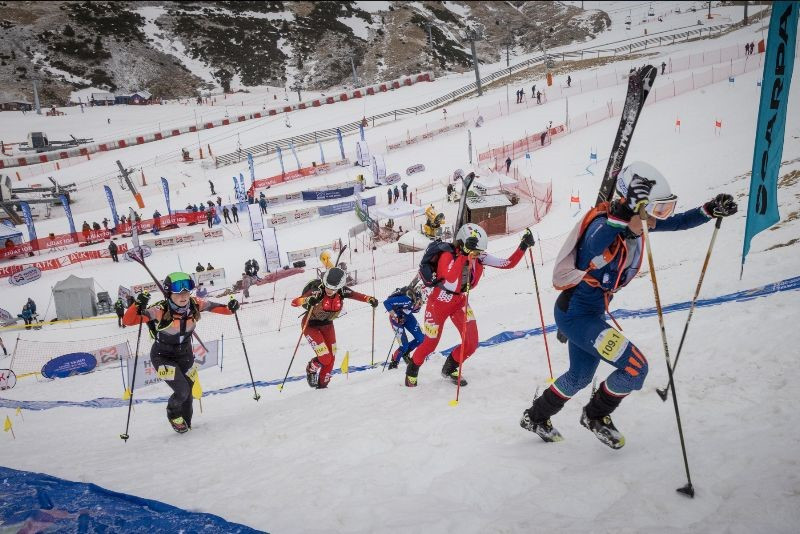 The new format for the relay featuring one male and one female athlete debuted in the Spanish resort, and it was Harrop and Anselmet who dominated from the start.

They finished with a time of 32min 10sec, which was some 43 seconds clear of nearest challengers Giulia Murada and Nicolò Ernesto Canclini from Italy.

Harrop won bronze in the women's sprint race on Wednesday (February 9), while Anselmet had placed sixth in each of the men's sprint, vertical and individual races.

Alba De Silvestro and Michele Boscacci doubled Italy's presence on the podium with their effort of 33:13, which was 45 seconds faster than Spanish pair Ana Alonso Rodriguez and Oriol Cardona Coll, the newly crowned European sprint champion.

In the youth relay, Switzerland's Caroline Ulrich completed a clean sweep of gold medals at the Championships, clocking 34:40 with Robin Bussard.

Manuela Pedrana and Rocco Baldini of Italy were second in 36:02, with bronze going to France's Louise Trincaz and Jérémy Anselmet in 36:27.

France finished the Championships top of the medal table.

Accounting for results from the sprint, individual and vertical races, Switzerland's Werner Marti was crowned the combined men's champion, with Tove Alexandersson earning the women's title.

Val Martello in Italy is set to stage the next ISMF World Cup leg on March 18 with individual and sprint races.