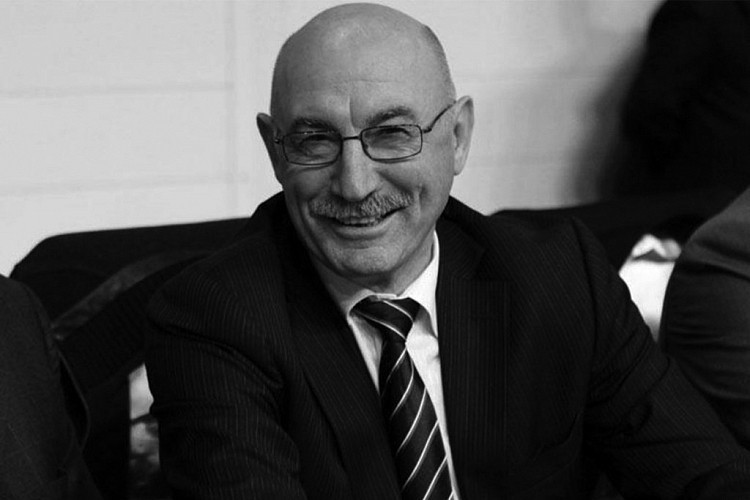 The International Sambo Federation (FIAS) has paid tribute to its former President David Rudman, who is renowned for founding the prestigious Sambo-70 School in Moscow, after his death at the age of 78.

The institution opened its doors in 1970, initially as a small section of a comprehensive school, and it has gone on to become the largest educational centre for the sport.

It now caters for multiple other sports, including figure skating.

Sambo-70 is believed to have trained more than 40,000 athletes, including Olympic medallists in gymnastics, figure skating and judo.

Maria Paseka, who has finished on the podium four times in gymnastics at the Olympics, and Viktoria Listunova - a gold medallist at Tokyo 2020 in the women's artistic team all-around event - are counted among Sambo-70's alumni.

"The founder of Sambo-70, David Rudman, has died," Laishev said.

"He suffered from lung cancer for a long time."

Laishev added that Rudman will be remembered "with gratitude and respect" by students at Sambo-70 as a "beloved great mentor, teacher and coach".

Rudman was an Honorary President at the FIAS until his death, having led the organisation from 2005 until 2009.

He is a two-time European champion in judo, representing the Soviet Union, having also earned a bronze medal at the World Championships during his career.

In sambo, Rudman was a six-time national champion and a world champion in 1973.

"David Rudman will forever remain a legend of Soviet and world sambo," the FIAS said.

"There was colossal work, the highest efficiency and sincere dedication to the cause behind his outstanding successes and achievements."

It insisted that Rudman leaves a legacy in sambo.

"The whole sambo community, lovers and connoisseurs of martial arts all over the world will forever preserve the good memory of the outstanding sambist, a sincere and wonderful person," the FIAS commented.