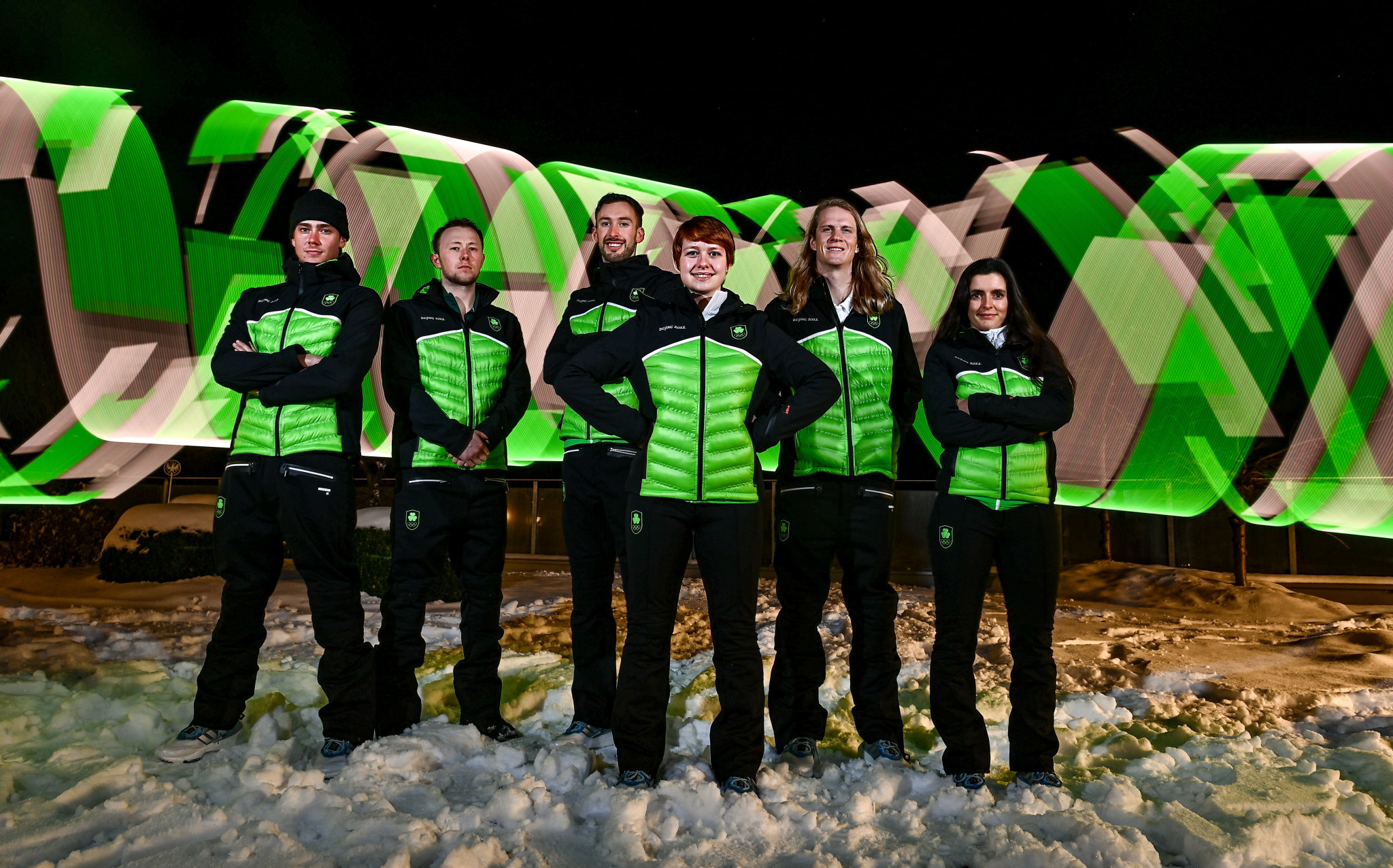 The Irish team are currently preparing for the Games, scheduled to start on February 4, and have moved their training camp from Innsbruck in Austria to Chinese capital Beijing.

A total of six athletes will be housed in Athletes’ Villages in Yanqing and Zhangjiakou, with high-speed trains linking the two competition zones.

The team will wear VIST clothing in Beijing after an agreement was struck between the OFI and the Italian ski and fashion brand.

The deal with VIST, which manufactures, distributes and sells winter products, is set to run from Beijing 2022 through to the 2026 Winter Olympics in Milan Cortina.

Ireland’s Chef de Mission Nancy Chillingworth said she was pleased with the quality of the clothing as she awaits the arrival of the rest of her team in Beijing.

The official winter kit supplier for Team Ireland has also been revealed today as VIST, known for the high quality winter clothing!

"We are delighted to work with VIST, who have worked with us on creating clothing for Team Ireland that not only is attractive but is comfortable and of high quality," said Chillingworth.

"This is the Olympic Games, the pinnacle of an athlete’s career, and we believe it is important that the athletes look and feel good.

"The temperatures here drop as low as -12 degrees, so having the right kit is increasingly important, and we are looking forward to watching the athletes proudly walk into the stadium together looking good on February 4 for the Opening Ceremony of the Olympic Games."

VIST operations manager Tamara Gisem added: "VIST is proud to be the official winter kit supplier for the Irish Olympic Team at Beijing 2022.

"Our expertise has allowed us to create state of the art apparel to support our athletes on the Olympic stage.