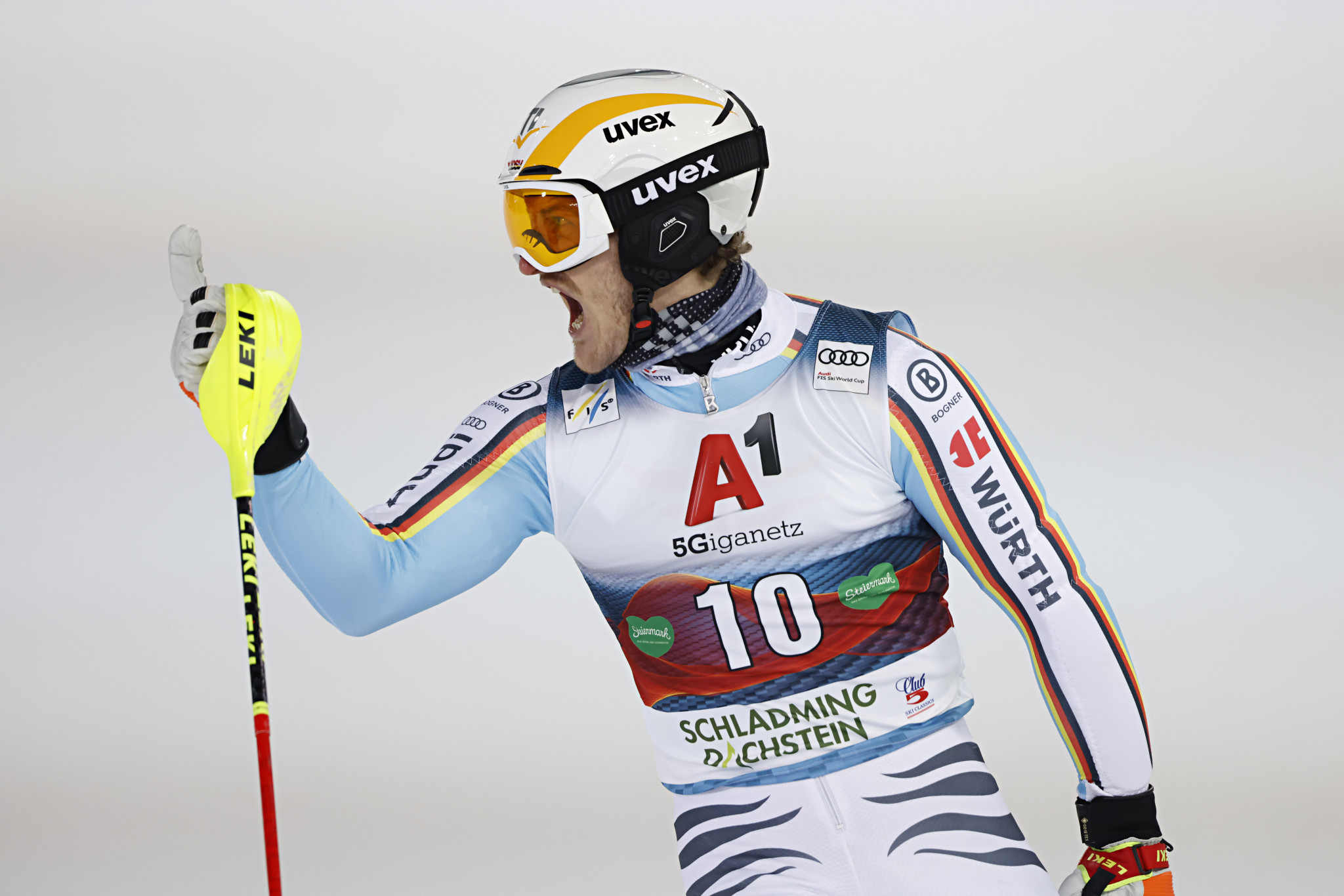 Strasser placed fifth after the first run of the competition on the Planai course, after achieving a time of 52.14 seconds.

The standings were led by Sweden’s Kristoffer Jakobsen in 51.32, with Italy’s Giuliano Razzoli 0.58 seconds behind.

Norway’s Lucas Braathen and France’s Clement Noel both finished the first run in 51.99 to complete the top three.

Strasser was able to celebrate the third World Cup win of his career, following parallel slalom success in 2017 and a slalom victory last season in Croatia’s capital Zagreb.

Norway’s Atle Lie McGrath earned his third World Cup podium, with the 21-year-old clocking 1:46.03 to finish as the runner-up at just 0.03 seconds down.

Austria’s Manuel Feller completed the podium places in a time of 1:46.39.

The event marked the sixth of nine slalom events in the World Cup season.

Braathen retained his overall lead in the discipline despite finishing 12th, with the Norwegian moving onto 257 points.

Compatriot Sebastian Foss-Solevåg and Austria’s Feller follow on 220 and 185 respectively.

The competition was held under COVID-19 restrictions, which limited organisers to holding the event with 1,000 spectators.

Skiers are now set to travel to Beijing for the Winter Olympics.

The men’s downhill event is set to be the first Olympic Alpine skiing race, and is due to take place at the Xiaohaituo Alpine Skiing Field in Yanqing District on February 6.