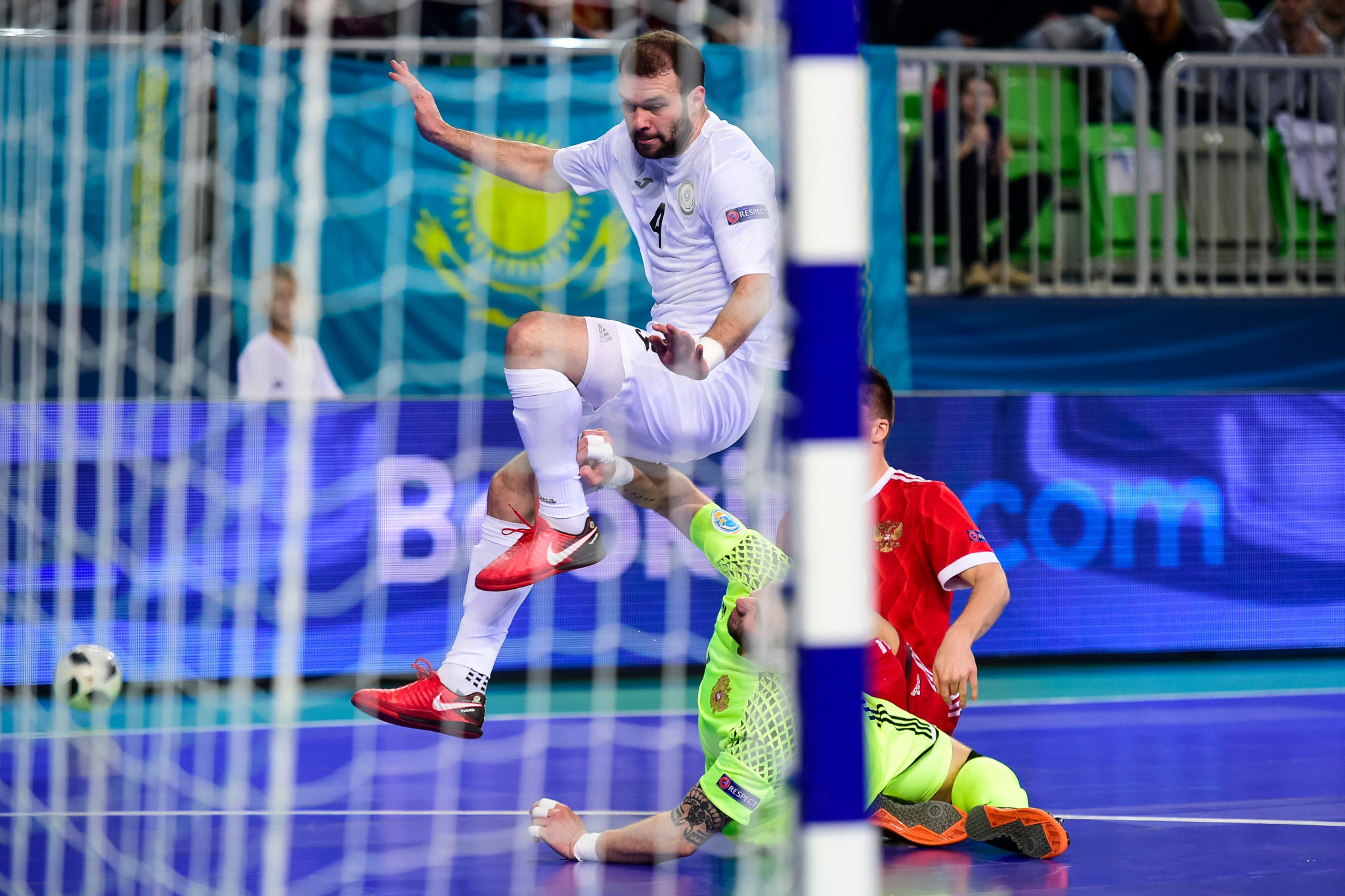 Kazakhstan became the first team in Group B at the UEFA Futsal Euro 2022 to win a match, defeating Finland 6-2 in the late session at the MartiniPlaza in the Dutch city of Groningen.

Kazakhstan did not have things all their own way in the first-half, with Finland taking the lead through Miika Hosio in the 13th minute.

Birzhan Orazov scored the equaliser in the 18th minute, levelling the scores at half-time.

However, Kazakhstan kicked the match into another gear, scoring five more.

Jani Korpela did put Finland in front again early in the second-half, but that lead lasted less than a minute after Kazakh goalkeeper Leo Higuita put one in the net.

From there, Arnold Knaub scored a double and Orazov got his second, before Azat Valiullin got the sixth less than a minute from time.

After all four teams in Group B drew their first match, it meant Kazakhstan moved into first with their victory, as Italy and Slovenia tied in their match today.

The teams drew 2-2 and it was Italy who struck first, less than a minute into the match thanks to Douglas Nicolodi, but an own goal from his team mate and captain Alex Merlim within 10 minutes brought it level.

Slovenia took the lead in the 29th minute after a goal from Nejc Hozjan, but Italy got a decisive equaliser through Alex Merlim, who redeemed himself after his earlier concession.