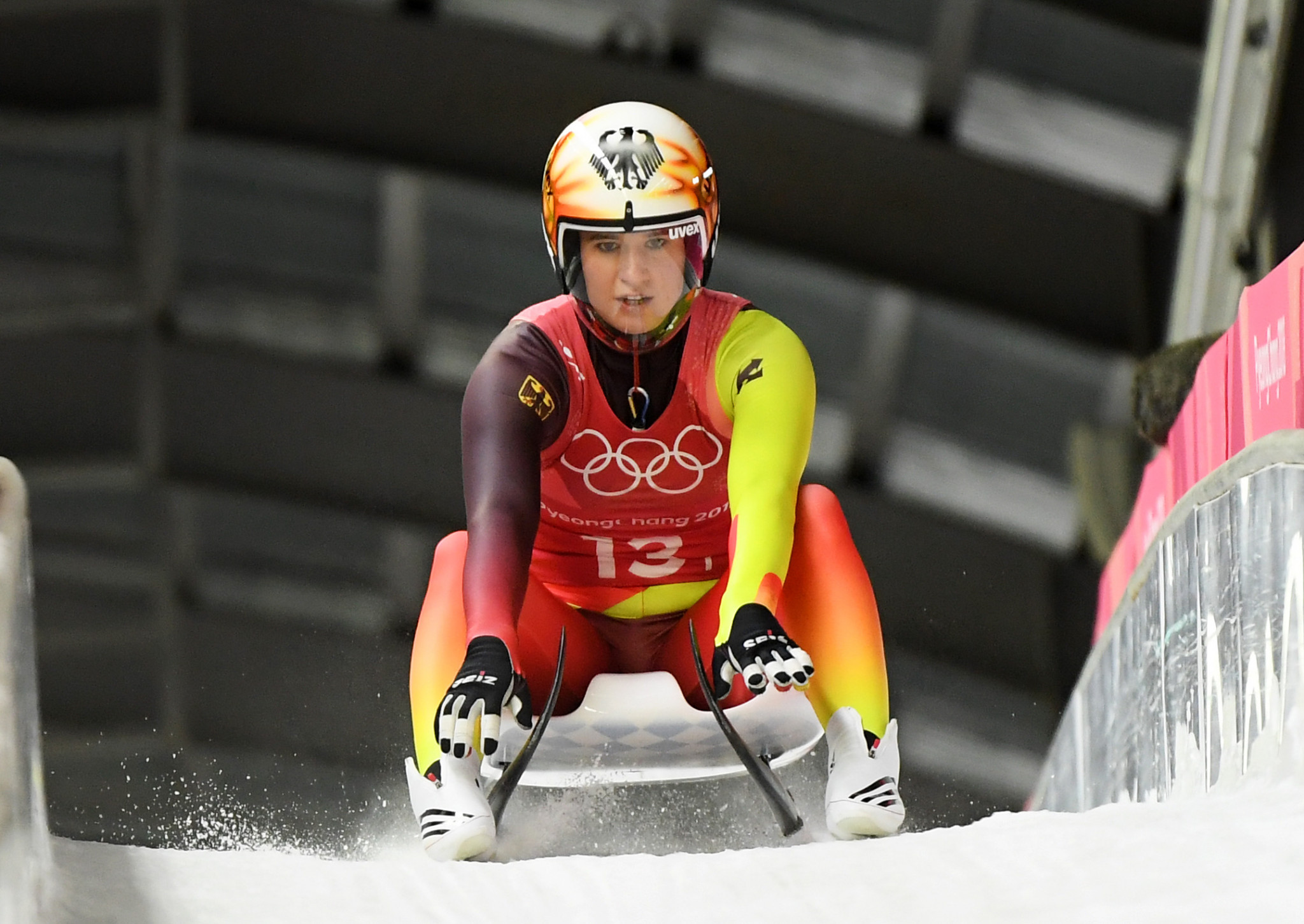 Germany's four-time Olympic luge gold medallist Natalie Geisenberger has decided to compete at next month’s Winter Olympics in Beijing after considering boycotting the Games due to concerns over COVID-19 conditions in place in China.

Geisenberger had previously spoken out against treatment from organisers after attending a Beijing 2022 test event in November.

The 33-year-old spent several days in quarantine after initially being deemed to be a close contact of a passenger on a flight who tested positive for coronavirus.

After expressing concerns over conditions and the food provided to athletes, Geisenberger said she "demanded solutions" from the International Olympic Committee (IOC).

"I tried to address everything that went so badly at our test event directly to the IOC," Geisenberger wrote in a post on Instagram.

"Much has been assured and promised to me.

"I hope that this will now be implemented.

"I definitely tried to use my voice and invested a lot of hours.

"There are still a few points that bother me and that I would like to have done differently, but I couldn’t do more.

"Now I have to hope for the best and I like to be positively surprised."

Geisenberger has been the dominant force in women’s luge, winning eight of the past nine overall World Cup titles.

The nine-time world champion is the most decorated female Olympic luge athlete having won medals at three consecutive Games.

She could equal Georg Hackl as the only luge athletes to win three consecutive Olympic singles titles should she triumph at Beijing 2022 having won at Sochi 2014 and Pyeongchang 2018.

But Geisenberger, who also won a gold medal in the team relay at Sochi 2014 and Pyeongchang 2018, admitted she took a "very long time" before making her decision to join the German luge team at the Games - which have been shrouded by concerns over China’s human rights record.

"We have absolutely nothing to do with the decision to award the Olympic Games to Beijing," added Geisenberger.

"The IOC decides and we athletes are presented with a fait accompli.

"We only have the choice: do I fly there and give everything or do I just let my sporting dream burst so close to the end?

"The Olympic Games are not just any event, it is the greatest of all for almost every athlete and cannot be compared to anything in terms of sport."

As well as Geisenberger, the German team comprises of Anna Berreiter and Julia Taubitz in the women’s singles and Max Langenhan, Felix Loch and Johannes Ludwig in the men’s singles.

Doubles pairing Sascha Benecken and Toni Eggert and Tobias Wendl and Tobias Arlt are also set to represent Germany at the Winter Olympics.

Three-time Olympic luge gold medallist Loch has announced he would be in favour of Germany opting to diplomatic boycott the Games in Beijing.

Germany’s Foreign Minister Annalena Baebock and Interior Minister Nancy Faeser have recently confirmed that they will not travel to the Chinese capital.

But the German Government has yet to make a decision as it seeks a common stance with other European Union members.

Speaking to German newspaper Der Spiegel, Loch said he was against "passing the buck to us athletes and saying you have to boycott so that something changes there".

"Many athletes have only one chance to go to the Olympics, this chance should not be taken away from them," he said.

"The allocation of the games to Beijing was a mistake years ago. It had already been seen before ‘that nothing is changing when it comes to human rights’ and also when it comes to freedom of the media.

"That's why it was clear from the start ‘that it would be a bit difficult.

"And what we are now experiencing with coronavirus does not make the whole thing any easier."

The International Luge Federation has confirmed that 106 athletes from 26 countries will compete at Beijing 2022 after publishing the allocated quota places per country.

The luge competitions are scheduled to take place at the Xiaohaituo Bobsleigh and Luge Track from February 4 to 10.

The full list of luge athletes selected to participate at the Games can be found here..