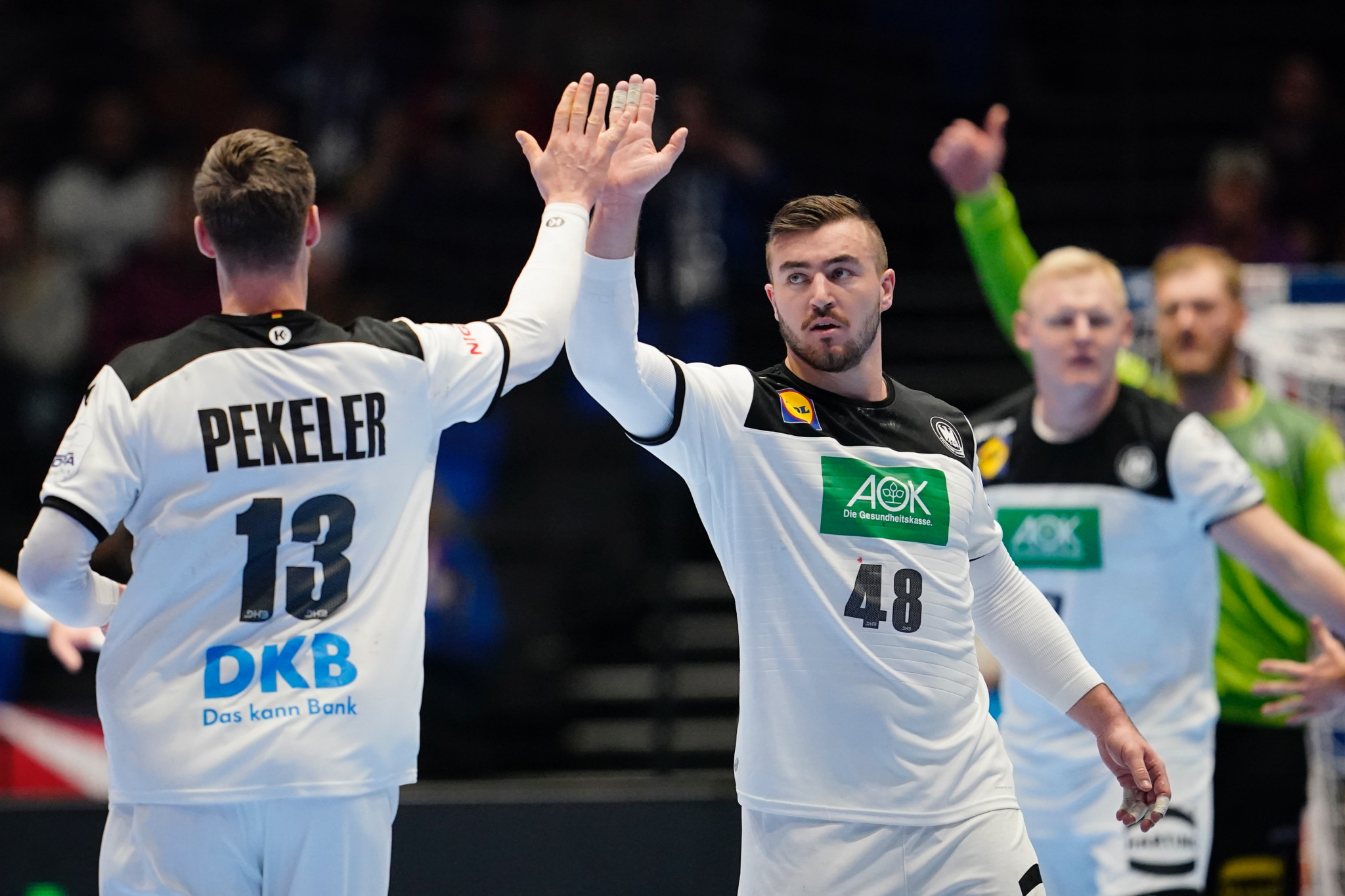 Germany and Poland progressed to the main round of the Men's European Handball Championship after winning their second successive group matches.

A young German side initially struggled in their match in Group D in Bratislava in Slovakia against Austria, trailing by a point at the break after a first half where they displayed some weak defence.

More impressive efficiency in attack saw Germany turn the contest around in the second half as they won 34-29.

Timo Kastening was named Germany’s player of the match after scoring nine goals, although they were also grateful for the efforts of their keeper Till Klimpke, who made 14 saves.

The other Group D game also saw Poland book a main round berth after defeating Belarus 29-20.

Belarus were hampered by struggles in attack, and also losing Mikalai Aliokhin to a red card.

In Group B, co-hosts Hungary and Portugal served up a thrilling contest in Budapest, with Hungary edging the contest 31-30 thanks to a goal inside the final five seconds.

Dominik Mathe, who was named player of the match after netting eight times, scored the winning goal for the Hungarians in the closing stages.

The group’s other game was also decided by a single point with Iceland edging past The Netherlands 29-28.

Iceland lead for the majority of the contest, with the Netherlands constantly coming back at them in the final ten minutes.

A double from Sigvaldi Bjørn Gudjonsson, sandwiched between a save from Björgvin Pall Gustavsson secured the win for Iceland, who top the group with four points, but are yet to secure a main round berth.

Preliminary round action is due to continue tomorrow in Hungary and Slovakia, with a further eight matches scheduled.