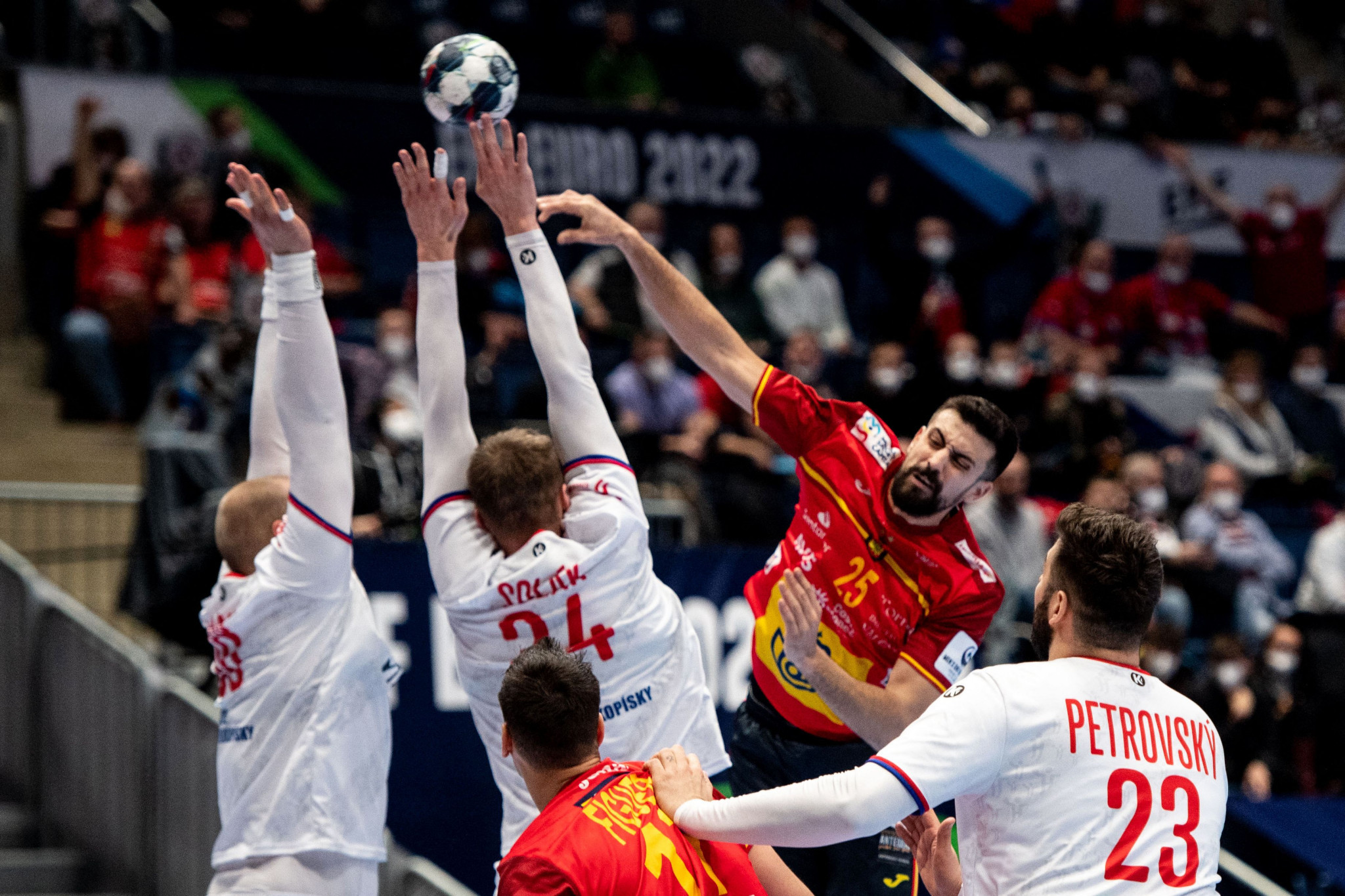 Holders Spain were among the winners on the opening day of preliminary round action at the European Men’s Handball Championship, which is being played in Hungary and Slovakia.

Spain are aiming to win the tournament for the third time in a row after victories in 2018 and 2020, and started their latest defence with a narrow 28-26 win over the Czech Republic.

Czech Republic keeper Tomas Mrkva was named Player of the Match but despite his efforts, Spain were able to win a 13th successive match at the championship in Bratislava, Slovakia.

There were a host of close contests on an exciting opening day of action, with 2020 semi-finalists Slovenia edging out North Macedonia 27-25 in Debrecen, Hungary.

Russia were also victorious by a two-point margin, beating Lithuania 29-27 in Kosice, Slovakia, in the process snapping a five-match losing streak in the competition.

📸 One day over - an #ehfeuro2022 full of drama has begun! Which match did you enjoy most?

Co-hosts Hungary were also involved in a close contest but were narrowly defeated by The Netherlands 31-28 in Budapest.

Luc Steins and Kay Smits were instrumental for the Dutch in a surprise result, as the Netherlands recorded their second win in four championship matches, having debuted at the last edition in 2020.

Fellow co-hosts Slovakia were also beaten, losing 35-25 to a Norway side that had been impacted by injuries and suspensions in Kosice.

Elsewhere on the opening day Sweden overcame Bosnia Herzegovina 30-18, while centre back Lazar Kukic produced a masterclass of a performance for Serbia, scoring seven goals and producing five assists as they defeated Ukraine 31-23.