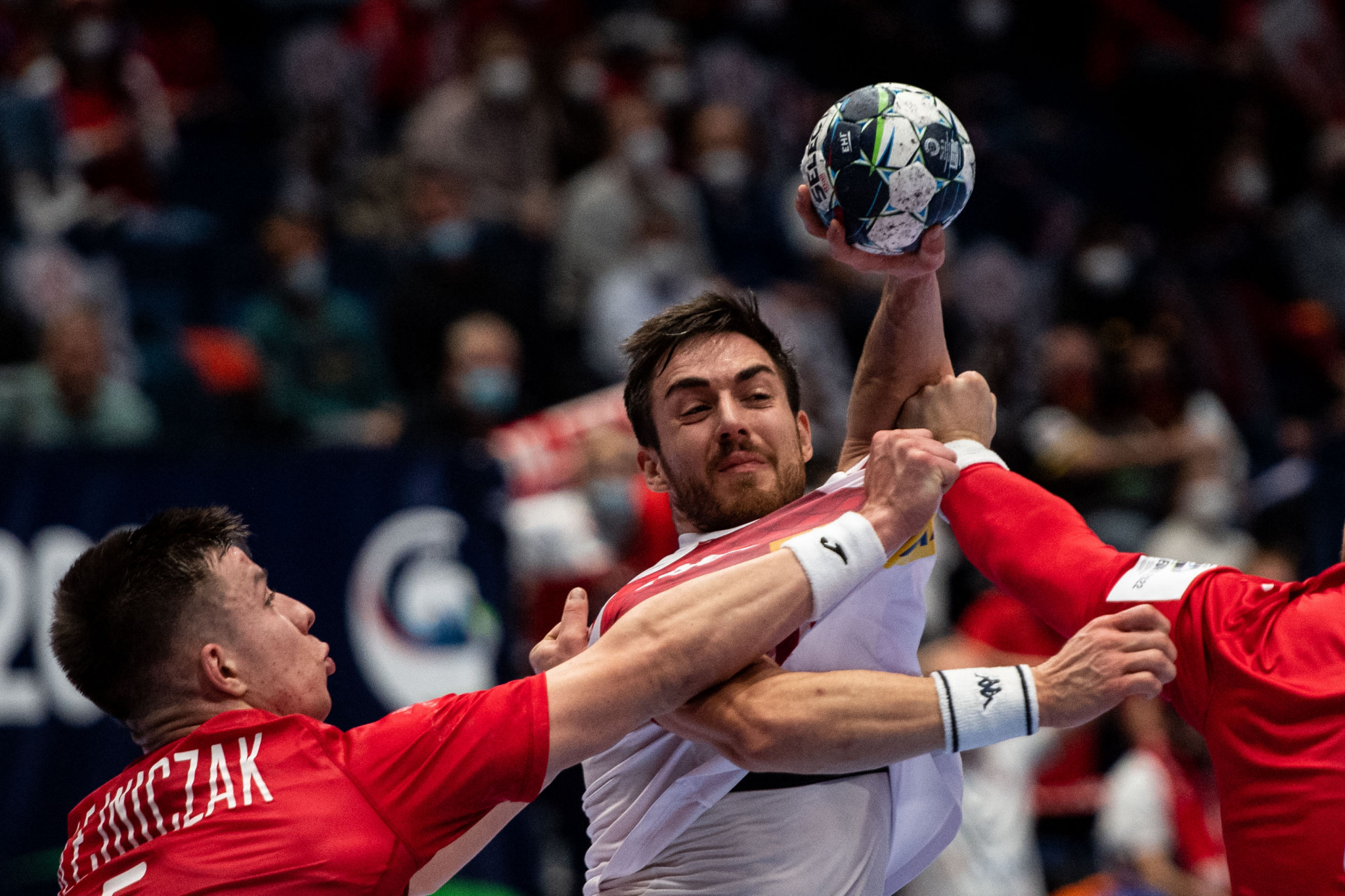 Iceland, Germany and Poland triumphed on the second day of preliminary round action at the men’s European Handball Championship.

After a busy day yesterday featuring nine matches, today was a quieter affair, with three more matches completed, and all teams now having played once in the tournament, which is being co-hosted by Hungary and Slovakia.

The opening match of the day came in Group D and saw 2016 European champions Germany overturn an interval deficit to beat Belarus in Bratislava, Slovakia.

Belarus led at the break 18-17 after Germany had earlier changed their goalkeeper, bringing in Andreas Wolff in the 11th minute.

Germany turned things around early in the second period with a run of six scored and one conceded, and eventually triumphed 33-29.

Player of the match Kai Häfner and Marcel Schiller finished as joint top scorers for Germany with eight goals apiece.

📸 #ehfeuro2022 continues to deliver the best handball for young and old alike to enjoy, and we can't wait to see what tomorrow brings!😊#watchgamesseemore pic.twitter.com/HAmjbbISUr

Elsewhere in Group D, Poland defeated Austria 36-31 in Bratislava, with Arkadiusz Moryto top scoring for the Poles with nine goals.

Despite the defeat, there was a notable milestone for Austria’s Fabian Posch, who netted his 200th goal for his country in the match.

The day’s other fixture came in Group B, with Iceland defeating Portugal 28-24, thanks to a solid display in Budapest, Hungary.

Iceland pulled away from their opponents after a tight opening third to the match, with Sigvaldi Bjørn Gudjonsson named player of the match after scoring five goals for the victors.