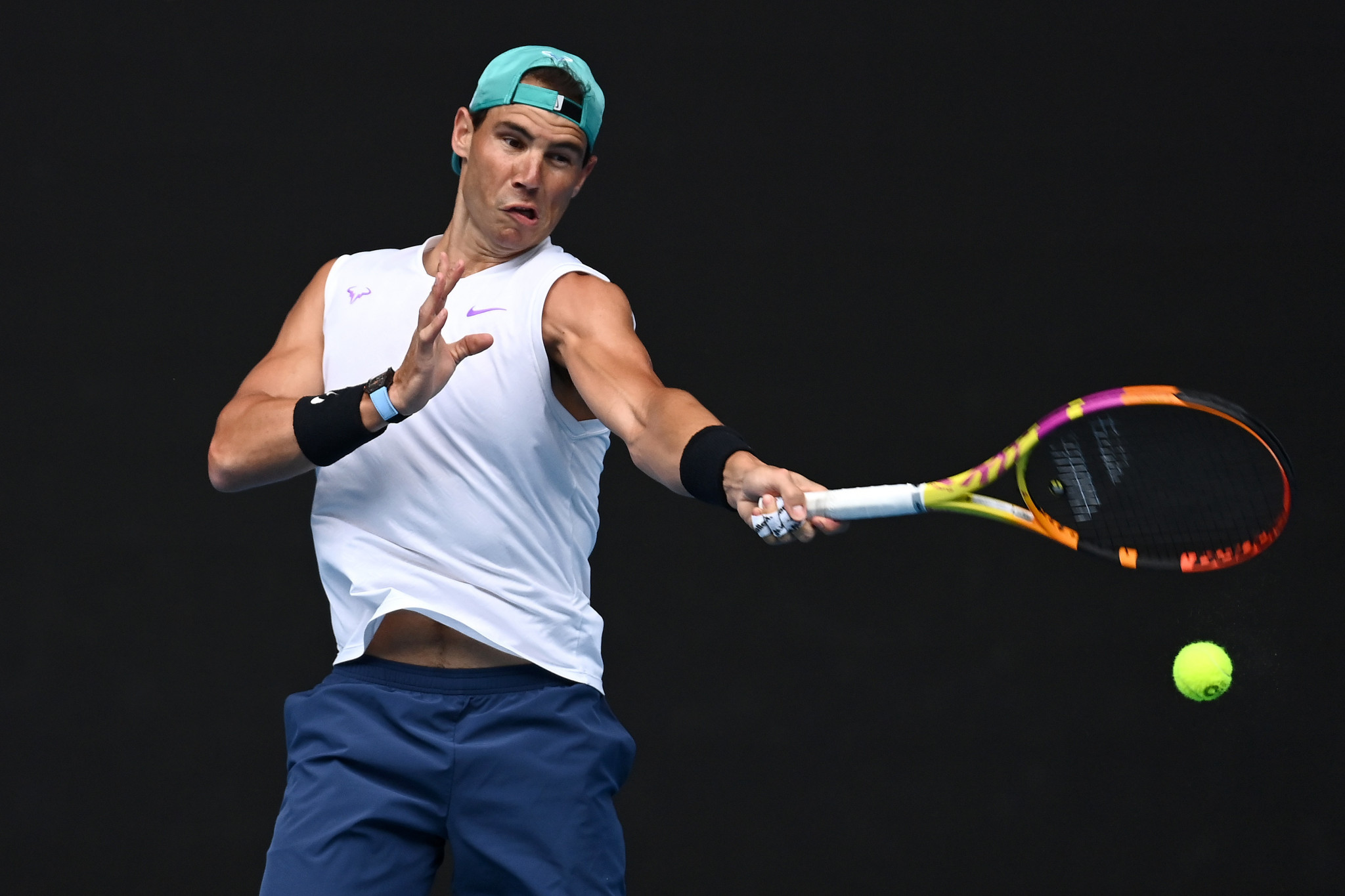 Spain’s Rafael Nadal will be eyeing a record 21st Grand Slam men's singles title at the Australian Open after nine-time champion Novak Djokovic of Serbia was dramatically deported from the country following his visa cancellation.

The long-running Djokovic saga has dominated the build-up to the opening tennis major of the year.

Unvaccinated Djokovic was ordered to leave the country after a court upheld the decision to cancel his visa.

With Djokovic - who has won the Australian Open on the past three occasions - no longer in the draw and Swiss star Roger Federer still recovering from knee surgery, the door has opened for Nadal to make tennis history.

Nadal, who is tied on 20 majors with Djokovic and Federer, will participate in his first Grand Slam without his two great rivals in the field as he looks to secure the record outright.

The 2009 Australian Open champion missed Wimbledon, the Tokyo 2020 Olympic Games and the US Open due to injuries.

But the 35-year-old is back fit and signalled his intention with victory at last week’s Melbourne Summer Set - his first title on Australian soil in 13 years.

"I really believe that if I am healthy and if I am able to play weeks in a row, have more or less a normal calendar, I will have my chances to be in an important position on the tour and give myself chances to keep fighting for important things," said Nadal.

"That's the main goal for me.

"Then hold the passion.

"That sometimes is difficult when you are going through a lot of physical issues.

"But is something that I am very satisfied because has been very challenging time for me, no?

"Last year and a half with my foot, I have been suffering a lot.

"I think I hold the positive attitude and the working spirit all the time.

Serbian Miomir Kecmanović was due to meet Djokovic in the opening round but will now meet lucky loser Salvatore Caruso of Italy at the top of the men’s draw.

In the women’s singles, Japan’s Naomi Osaka will be aiming to retain her crown but could face world number one and home favourite Ashleigh Barty in the fourth round.

Osaka played just six events after winning in Melbourne last year as she opted to prioritise her mental health.

Barty said it was "nice to see her back smiling again and enjoying her tennis" but was wary of the threat Osaka poses.

"She's proven time and time again that she is able to perform on the biggest stage," said Barty who won the Adelaide International title last week.

"She's been dominant on hard-court slams the last few years."

Crowds at the show courts are set to be capped at 50 per cent capacity due to COVID-19 restrictions.

Competition is due to start tomorrow and conclude on January 30.