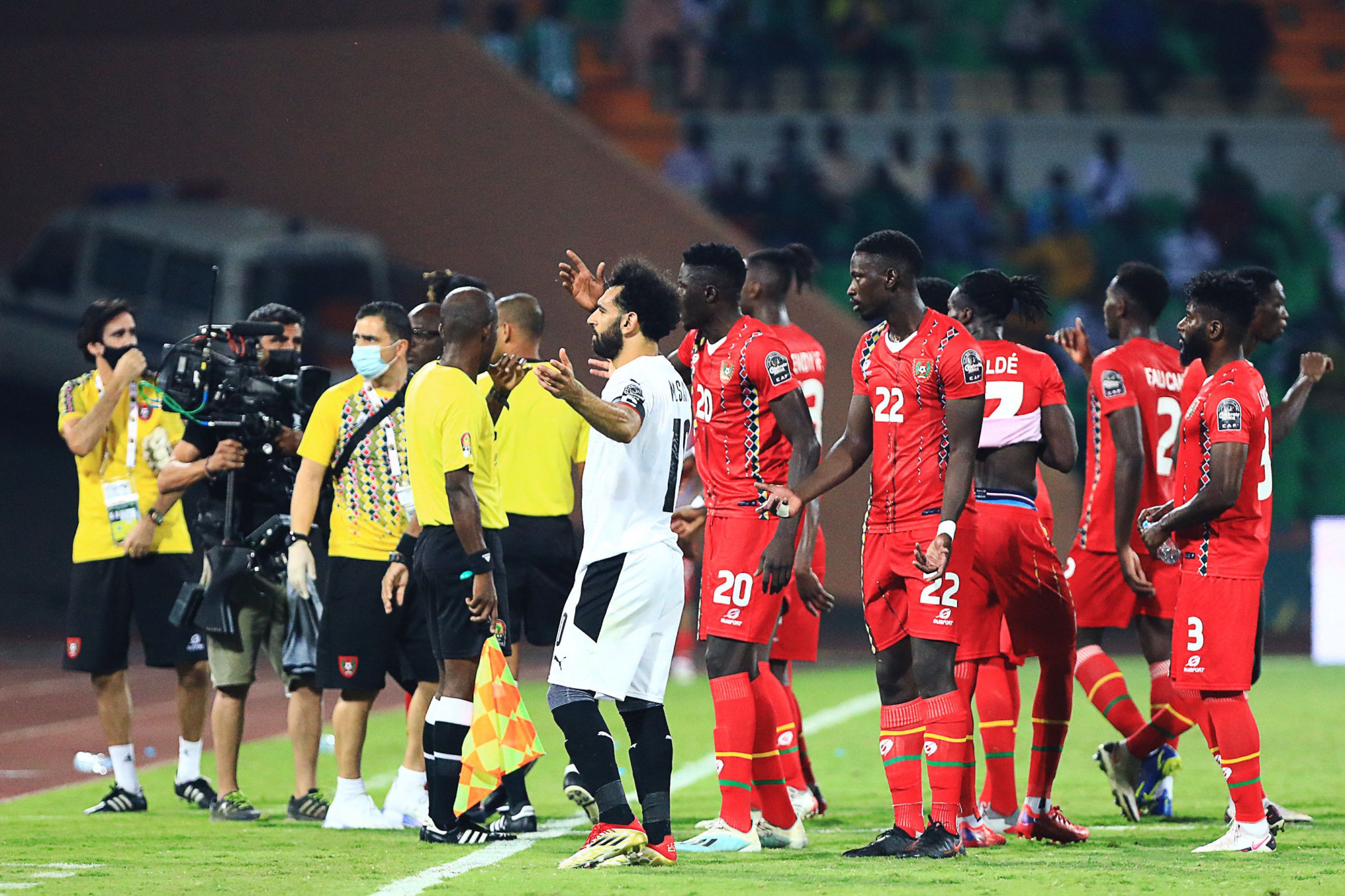 Egypt won their second match at the Africa Cup of Nations in controversial fashion after a late equaliser from Guinea-Bissau was chalked off by a video assistant referee (VAR) review at the Roumdé Adjia Stadium in Garoua.

The record seven-time winners bounced back from their 1-0 defeat to Nigeria in their tournament opener by beating Guinea-Bissau 1-0 courtesy of a volley by talisman Mohamed Salah in the 69th minute from a chipped cross from Amr El Soleya.

However, controversy surrounded the decision to rule out Mama Baldé's supposed-equaliser eight minutes from time.

The winger had regained the ball while trying to get past Egyptian defender Omar Kamal in a scrappy challenge, before playing the ball on the outside of his foot and striking with a curling effort past the goalkeeper.

Egypt's players protested the goal, with VAR controversially deeming the coming-together between Baldé and Kamal as a foul by the Guinea-Bissau player.

A victory over Sudan will seal Egypt's spot in the last 16.

The TotalEnergies Man of the Match award goes to the outstanding Moses Simon for his out of the world performance! 💪

Nigeria eased into the last 16 with a straightforward 3-1 victory over Sudan.

After three minutes Samuel Chukwueze got the Super Eagles off to a perfect start, controlling a Moses Simon pull-back to slot home from within the 18-yard box.

They doubled their lead when Taiwo Awoniyi unknowingly headed the ball into the net after a pinball of headers ended with Nigeria's second goal, right before half-time.

Simon then made it three almost straight from the restart of the second half, putting any doubt aside, despite Sudan's Khedr Safour Daiyeen scoring a 70th-minute penalty following a challenge from Ola Aina.

It puts Nigeria top of Group D with a maximum six points so far.