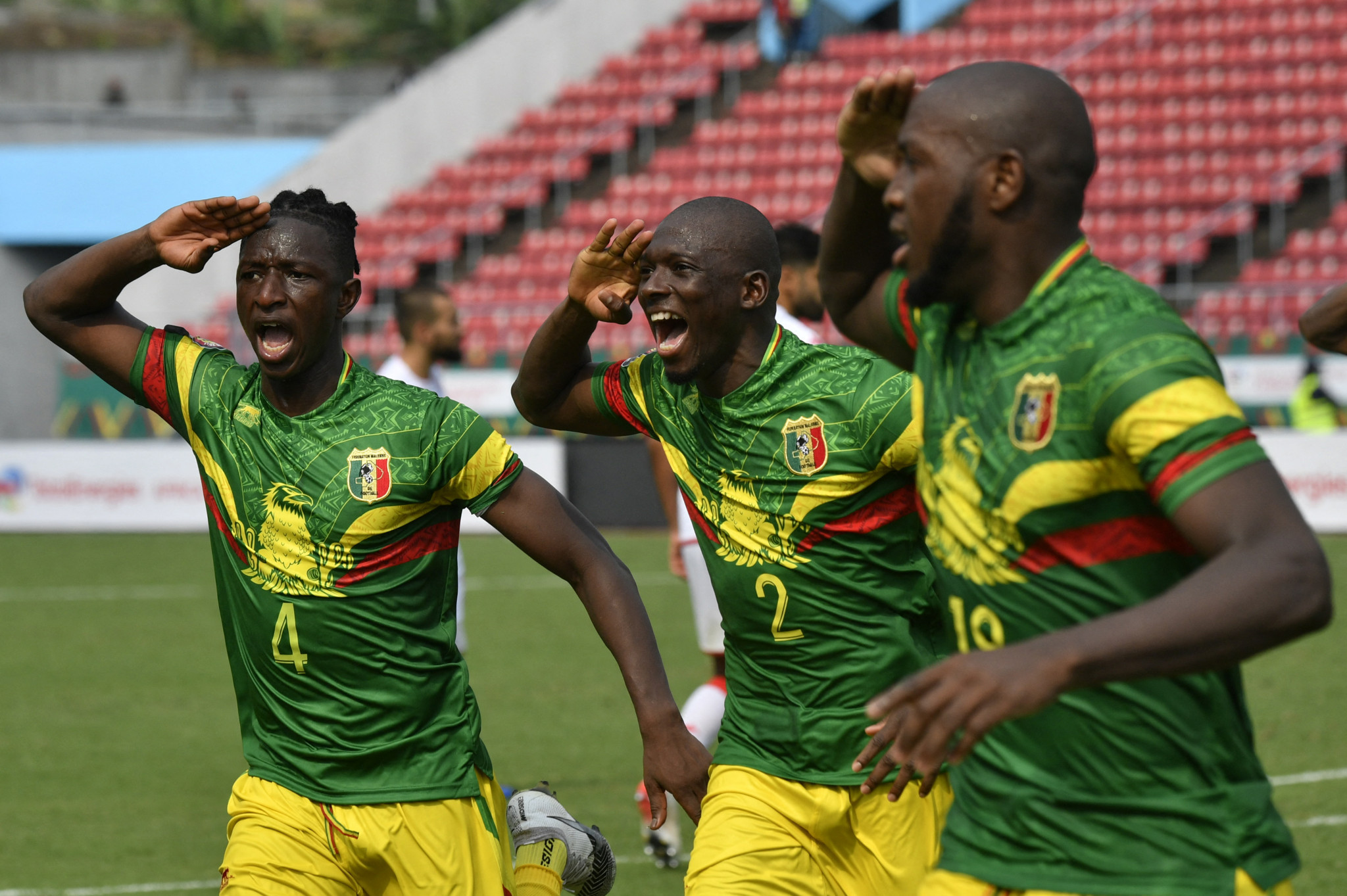 Mali claimed the most controversial victory of the Africa Cup of Nations so far, beating Tunisia 1-0 in Limbé in a match marred by contentious refereeing decisions, including the match ending too early on two occasions.

The only goal of the game came in the second-half, when Zambian referee Janny Sikazwe pointed to the spot, giving Mali a penalty after Boubakar Kouyaté's shot ricocheted off Ellyes Skhiri's arm, with the player completely turned away from the ball and unaware of the shot.

Ibrahima Koné scored in the 48th minute, but the controversy did not end there.

In the 75th minute, Tunisia were awarded a penalty when Moussa Djenepo was deemed to have handled the ball despite his arm being close to his side.

However, there would be no equaliser as captain Wahbi Khazri saw his effort saved by Bosso Ibrahim.

A red card was then given to Mali substitute El Bilal Toure very late in the match after catching the ankle of Tunisia defender Dylan Bronn, in another decision that was hotly-debated on social media.

Sikazwe appeared to blow the full-time whistle at the 85th-minute mark before noticing his mistake and continuing the match.

He did the same in the 89th minute of the match, moments before any chance of added time, which was expected due to the two penalties, the red card, a cooling break and consultations with the video assistant referee technology.

Tunisian coach Mondher Kebaier and his technical staff confronted the referee on the pitch after the second whistle, with the officials being escorted off by stadium security.

Approximately five minutes were still to be played, with officials deciding to finish the match, interrupting a media conference to announce its resumption.

However, Tunisia refused to return to the field, meaning Mali claimed the victory regardless.

Sikazwe has officiated the 2017 Africa Cup of Nations Final, two matches at the 2018 FIFA World Cup and the 2016 FIFA Club World Cup Final too.

In November 2018, he was provisionally suspended by the Confederation of African Football (CAF) Disciplinary Board on suspicion of corruption for his handling of a CAF Champions League match.

Issues continued when Mauritania's national anthem failed to play three times prior to the match, before players improvised by singing it without the music.

It was a struggle on the pitch for the nation too, conceding early via a great strike from Ablie Jallow, with The Gambia stringing together some quick passes from a throw-in to get the only goal.

Star man Musa Barrow contributed with the assist, with the match ending 1-0 to the debutants.

Mauritania had 20 shots and statistically looked a threat, but could only get two of them on target compared to three on target from eight from their opponents.

In the late match, the Ivory Coast won 1-0 against Equatorial Guinea in a back-and-forth affair between the nations - only separated by an early strike from Max Gradel in the fifth minute.

Burkina Faso forward and captain Bertrand Traore is set to miss the next game against Cape Verde after testing positive for COVID-19.

Cape Verde are to have several players return who missed their opening victory over Ethiopia.

Senegal defender Fode Ballo-Toure and midfielder Idrissa Gana Gueye are out of their Group B match against Guinea after testing positive for the virus too.