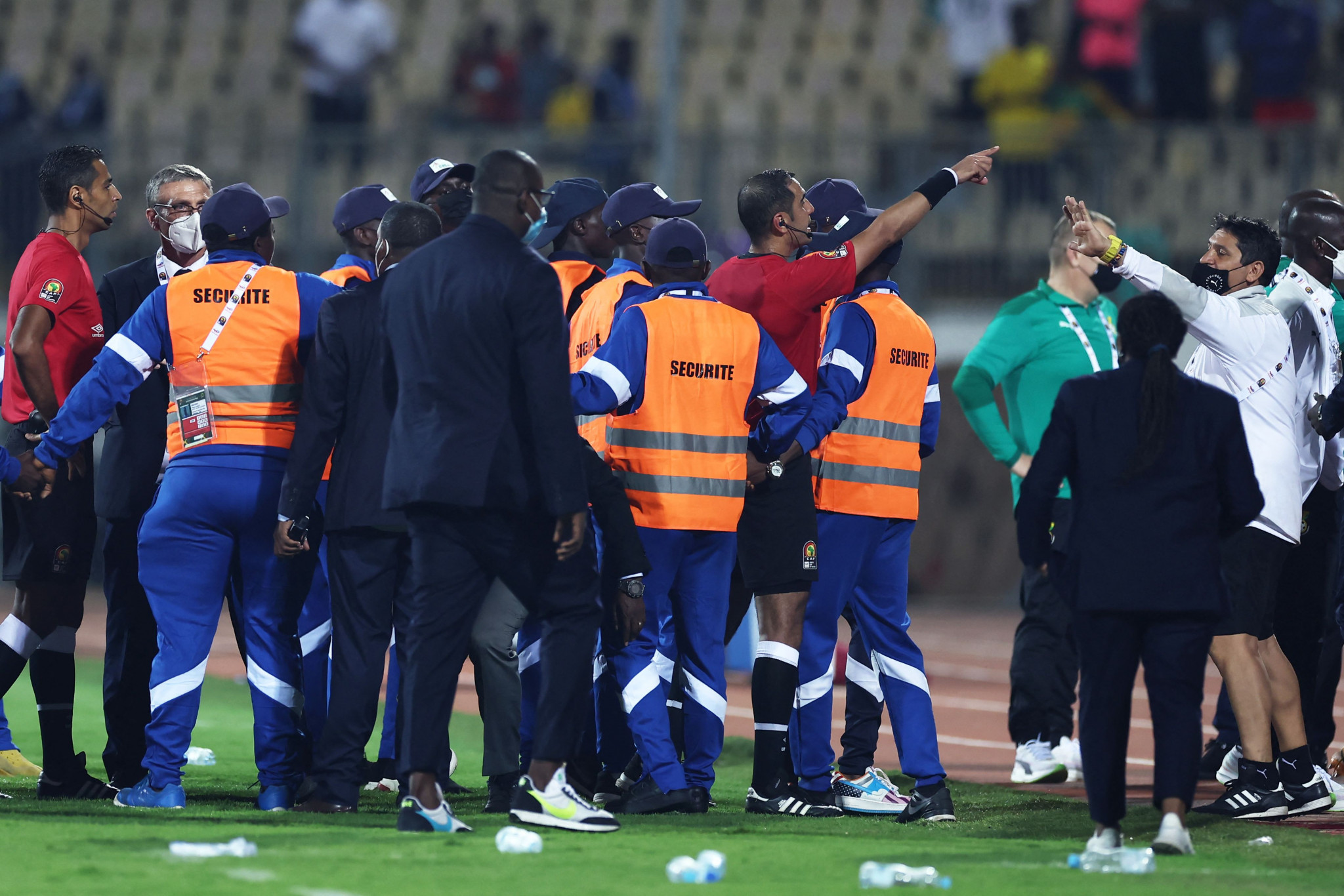 Gabon's late equaliser in a crucial Group C match with Ghana at the Africa Cup of Nations in Cameroon took a turn for the worst when a brawl ensued following the final whistle at the Ahmadou Ahidjo Stadium in Yaoundé.

Substitute Jim Allevinah got an 88th-minute equaliser assisted by Guélor Kanga to take a vital point, cancelling out the opener from André Ayew who gave Ghana the lead in the 18th minute with a strike set up by Thomas Partey.

The 1-1 result puts Gabon on the verge of a last 16 place, with four points likely to be enough even as a third-placed team.

It was a controversial leveller after Ghana were angry that their opponents failed to return the ball after it was put out for an injury to a Ghanaian player.

Daniel Kofi Kyere had gone down following a challenge, but from the throw-in, Kanga played in Allevinah who converted past goalkeeper Jojo Wollacott.

Benjamin Tetteh, who had only been on for the last few minutes of the game, was then sent off for throwing a punch at a Gabonese player, while his team mate Joseph Paintsil was given a booking for his protests.

In the other Group C match, Morocco sealed their spot in the last 16 with a 2-0 victory over Comoros, however, the goalkeeping heroics of Salim Ben Boina stole the headlines.

The Comoros keeper made numerous saves during his side's defeat, keeping the score a lot lower than it could have been.

What he could not keep out was the loose ball of Standard Liege midfielder Selim Amallah, which struck the back of the net in the 16th minute.

Zakaria Aboukhlal scored late in the match in the 89th minute to ensure the victory from an Amallah assist.

Morocco had nine shots on target, but seven of them did not go in thanks to the efforts of Boina.

However, he did give away a late penalty that looked to have put the nail in the coffin of Comoros, but saved the attempt from Youssef En-Nesyri, who was guilty of wasting one of many opportunities to score for Morocco.

Gabadinho Mhango scored a brace to complete a comeback for Malawi, who secured a vital 2-1 victory over Zimbabwe.

Their opponents went ahead with a looping header from Ishmael Wadi in the 38th minute, but Mhango responded quickly, scoring a half-volley five minutes later for the equaliser.

Not long into the second-half, Mhango took advantage of a defensive error to score the winner from 13 yards out, keeping the nation's hopes of a first round of 16 appearance alive.

Zimbabwe, having lost to the only nation they could mathematically catch, became the first team to be eliminated from the tournament.

The other Group B fixture ended in a stalemate between Senegal and Guinea in a goalless 0-0 draw.

Between the teams, there were only three shots on target, in a match where chances proved very limited.