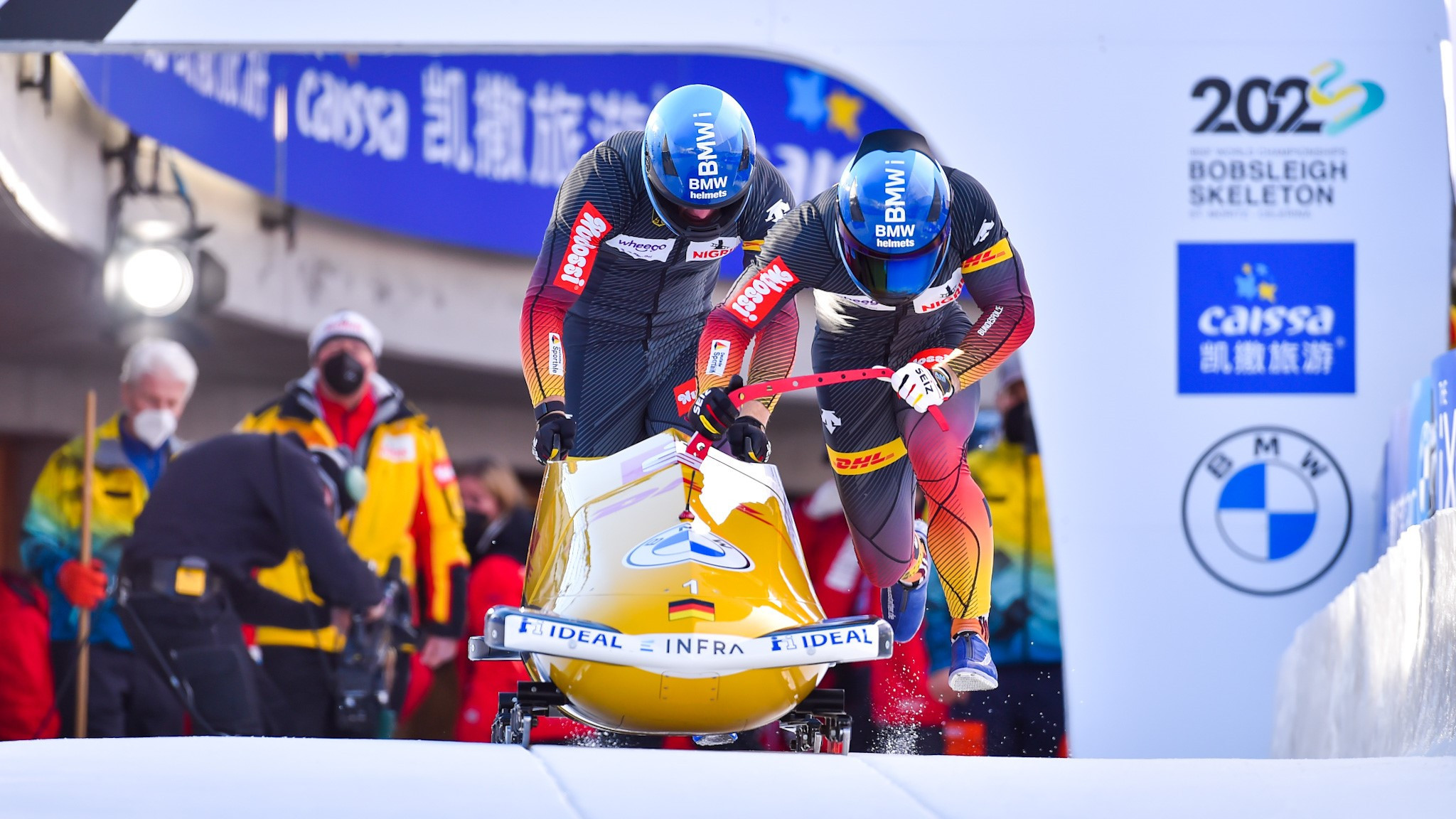 Francesco Friedrich of Germany won his fifth International Bobsleigh and Skeleton Federation (IBSF) World Cup in the two-man bobsleigh while the United States' Elana Meyers Taylor finished as champion of the women's Monobob World Series in St. Moritz in Switzerland.

The Olympic and world champion Friedrich combined with push athlete Thorsten Margis to complete the track in a total time of 2min 11.76sec after two runs.

The pair pipped Canadian duo Justin Kripps and Cameron Stones to the victory on the Olympia Bobrun St. Moritz-Celerina.

It was their best result of the season having previously claimed three bronze medal finishes.

Johannes Lochner and Florian Bauer rounded out the podium, clocking in 0.36 slower than their compatriots Friedrich and Margis.

Friedrich notched up 1,703 points across the season to win the overall title, while Kripps jumped to second on the final day with 1,530 points and Russia's Rostislav Gaitiukevich came third with 1,521 points.

Gaitiukevich, the 2020 European junior champion, finished fourth in St. Moritz in 2:12.21 despite setting the best start time in both runs, which cost him the overall silver medal.

Although American Kaillie Humphries won gold today with a time of 2:22.27 it was not enough to see her win the overall Women's Monobob World Series championship.

Her compatriot Meyers Taylor finished 0.04 behind to secure the title with 1,110 points to Humphries 1,052.

Third place in the race went to Canada's Cynthia Appiah who was 0.95 off the leader.