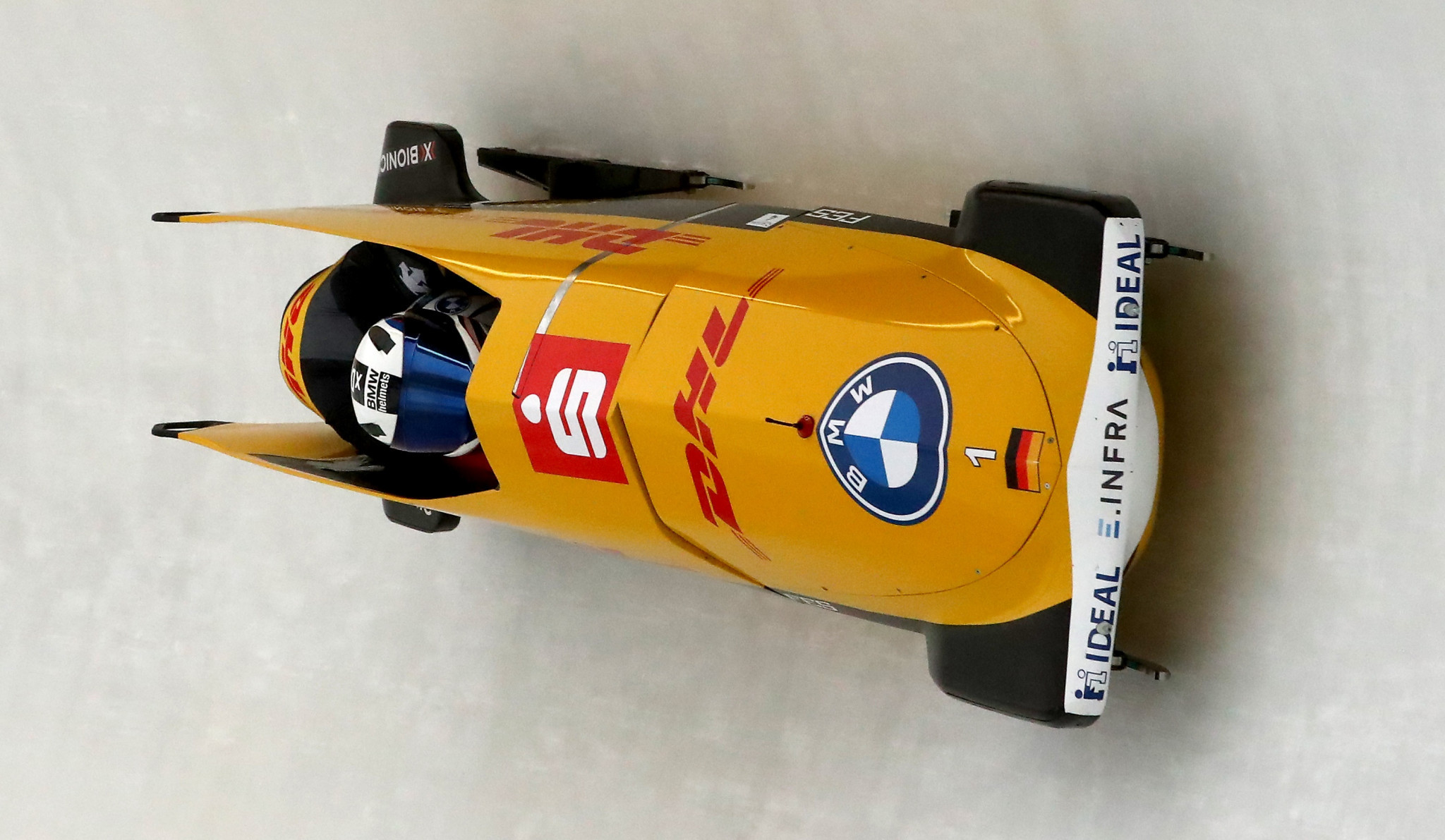 Overall two-man bobsleigh leader Francesco Friedrich of Germany broke the track record as he continued his return to winning ways at the International Bobsleigh and Skeleton Federation (IBSF) World Cup in Winterberg.

With pilot Alexander Schueller, the double Olympic gold medallist and multiple world champion clocked a combined 1min 49.78sec after recording identical times of 54.89sec in both runs to secure his 12th victory from the first 13 races of the season.

Friedrich finished 0.33sec ahead of compatriots Johannes Lochner and Florian Bauer in second.

Justin Kripps and Cam Stones of Canada were third, 0.85 behind Friedrich.

Tune in now for

Taylor won the seventh and penultimate event of the World Series campaign, staged alongside the World Cup at the German venue.

The 37-year-old American completed her two runs in a time of 1:58.76 to take a giant step towards winning the overall title.

Meyers Taylor is the one to beat in the race for the overall crown and occupies top spot on 1,076 points, 70 clear of Walker in second.