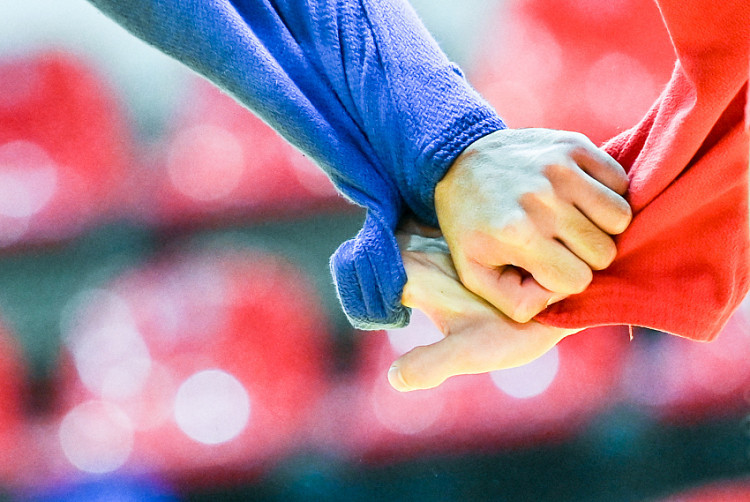 The President of the Ukraine Sambo Federation Vadim Rogach has confirmed the nation's development of athletes will have a strong focus at cadet level, giving them plenty of time to train before reaching the senior ranks.

It comes after plenty of success at the European Cadet Sambo Championships in Limassol, in which Ukraine claimed the boys' overall title.

Speaking to the European Sambo Federation (ESF), Rogach explained the need for the country to turn to youth development at the age category, which caters for 15 and 16-year-olds, with the hope that the sport can be included at the Los Angeles 2028 Olympic Games.

"Not so long ago, we had talks with several ministries of Ukraine, the Ministry of Youth and Sports, the Ministry of Education, we were focusing on the fact that this is the generation which can enter the Olympic Games in Los Angeles," said Rogach to the ESF.

"We were saying that it is necessary to start training cadet sambo wrestlers now, because seven years will fly by without our noticing it.

"The representatives of ministries agreed with us, and at the moment a lot of attention is paid to the cadet team of Ukraine."

He noted the success of Maksym Babych, one of the winners at the Championships, who is set to be on the senior national team from this year at the age of 16 and is to receive national funding from the Ministry of Youth and Sports.

Ukraine selected its cadet team for the European Championships by holding a National Championships in April 2021, and then held a tournament later to confirm those spots on the squad.

A warm-up tournament was then held in October for the selected squad before the Championships in Cyprus in December.