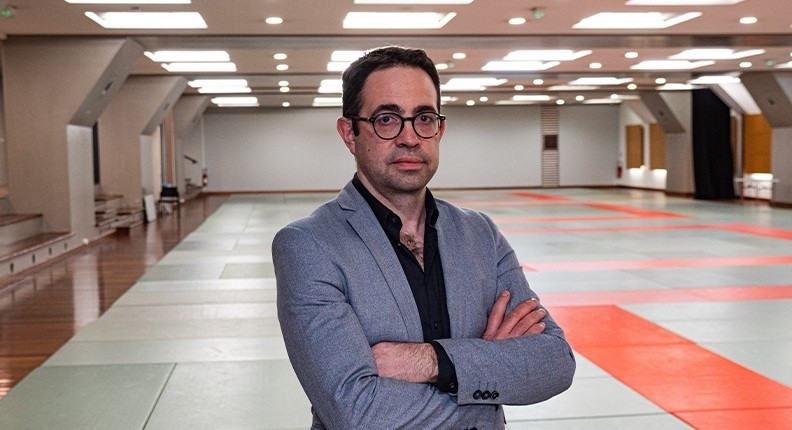 Sébastien Mansois has been appointed as the national technical director of France Judo by French Sports Minister Roxana Maracineanu.

Since March 2020, Mansois has overseen France Judo's COVID-19 crisis unit as well as managing the resumption of activity and the governing body's recovery plan.

Mansois was named deputy national technical director in January 2021 and will now take the top job within the department of France Judo.

"I am happy that a new national technical director has been appointed," said France Judo President Stéphane Nomis.

"I have complete confidence in the work of Sébastien Mansois who will continue to work for the development of judo in the territories in accordance with the roadmap that we have set for ourselves.

"Our primary objective is to find the number of licensees before the COVID-19 crisis by retaining our practitioners but also by reaching new audiences such as those from priority neighborhoods with the 1,000 dojos programme."

Born in Rouen in 1978, Mansois became a judo teacher at the age of 20 before becoming a regional trainer in 1999.

Mansois worked as a coordinating trainer of the Pôle Espoir de judo de Rouen, a training structure for young judoka, from 2005 to 2020.

During that time, Mansois also held the role of departmental technical advisor for Seine-Maritime from 2001 to 2011 before joining the Normandy League.

Mansois had a 10-year stint at the Normandy League where he served as coordinator of the regional technical team.

He will now be hoping to make an impact in his new role at France Judo as the nation’s judoka prepare for the Paris 2024 Olympic Games.

France is one of the world's leading judo powers and the nation is second on the sport's all-time Olympic medals table, behind only Japan.

Clarisse Agbegnenou, at under-63 kilograms, also won a solo gold medal and is the reigning world champion.