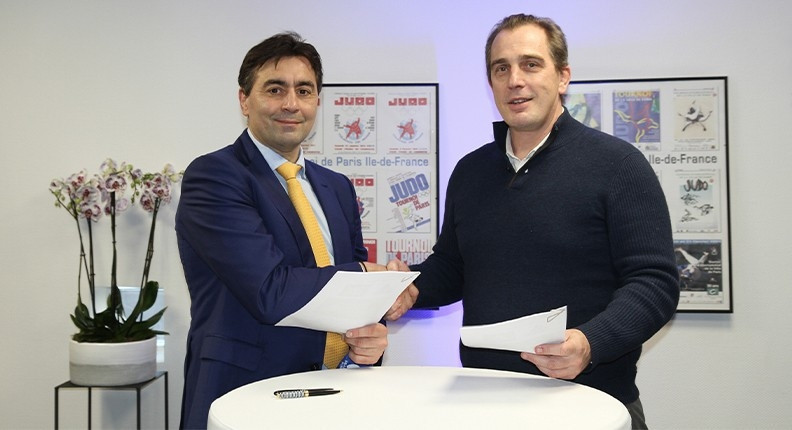 Adidas has become the new official equipment provider for France Judo after an agreement was struck between both parties.

The deal will stretch until December 31 in 2024, taking in France's home Paris 2024 Olympic Games.

French athletes will also be the first to wear "eco-responsible" judogi from 2023, it is claimed.

Double D, a French company, is the Adidas world licensee for combat sports and has Cédric Dermee, who previously competed for France in judo, as President.

"We feel a new impetus from France Judo, its President, Stéphane Nomis, and his entire team," Dermee said.

"It was obvious for us to be part of this new adventure that will be extremely energising and complementary.

"By 2024 with Adidas, we have a commitment with strong objectives around the environment, with recycled and eco-responsible materials of high performance in all our collections.

"France Judo has been very sensitive to this Adidas international programme, and its emblematic French team will become an ambassador of this global programme and we are delighted."

At the Tokyo 2020 Olympic Games, France won gold in the first ever mixed team judo event.

"We are delighted to find Adidas and Double D as an equipment manufacturer for our French teams, but also as partners in our judo development projects in France," said Nomis.

"The quality and performance of Adidas judogis blend perfectly with the French judo team, the first Olympic champion team in the history of our sport.

"And we are also looking to the future, with this eco-responsible range, in perfect harmony with the values and ambitions of France Judo, which we are already looking forward to seeing carried by our champions.

"Finally, more than ever, we needed an official supplier who could support us in our judo development projects.

"It is in Adidas that we will criss-cross the four corners of France, and it is with them that we will equip future practitioners with our 1,000 new dojos by 2024."