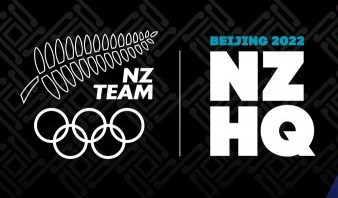 The New Zealand Olympic Committee (NZOC) is creating a fanzone to enable citizens to get behind the nation at next month's Beijing 2022 Winter Olympics.

International spectators have been barred from attending the Games in China due to the coronavirus pandemic.

But the NZOC claims its fanzone will help New Zealanders "experience the Winter Olympic Games like never before".

Called NZHQ, the fanzone will be located at Après by Cardrona in Wānaka and open for the duration of the Games, scheduled to run from February 4 to 20.

The NZOC said there will be multiple viewing areas to watch Beijing 2022 on all six Sky television channels, with activity zones for kids, merchandise for sale and food.

Doors are set to open at 2pm local time on February 4 prior to the Opening Ceremony.

Competition is due to start the following day, with New Zealand’s Olympic bronze medallist Zoi Sadowski-Synnott scheduled to be in action in the snowboard slopestyle.

The packed schedule will see New Zealand's athletes compete in a number of events, including Alpine skiing, freeski and snowboard events.

"As no international spectators are permitted in Beijing to support their teams, we wanted to provide a space for our team’s friends, whanau and supporters to gather, connect with each other, and follow the team," Smith said.

"While it’s not the same as being there, it'll be a fantastic space to cheer on our athletes as they make history and earn the fern in Beijing."