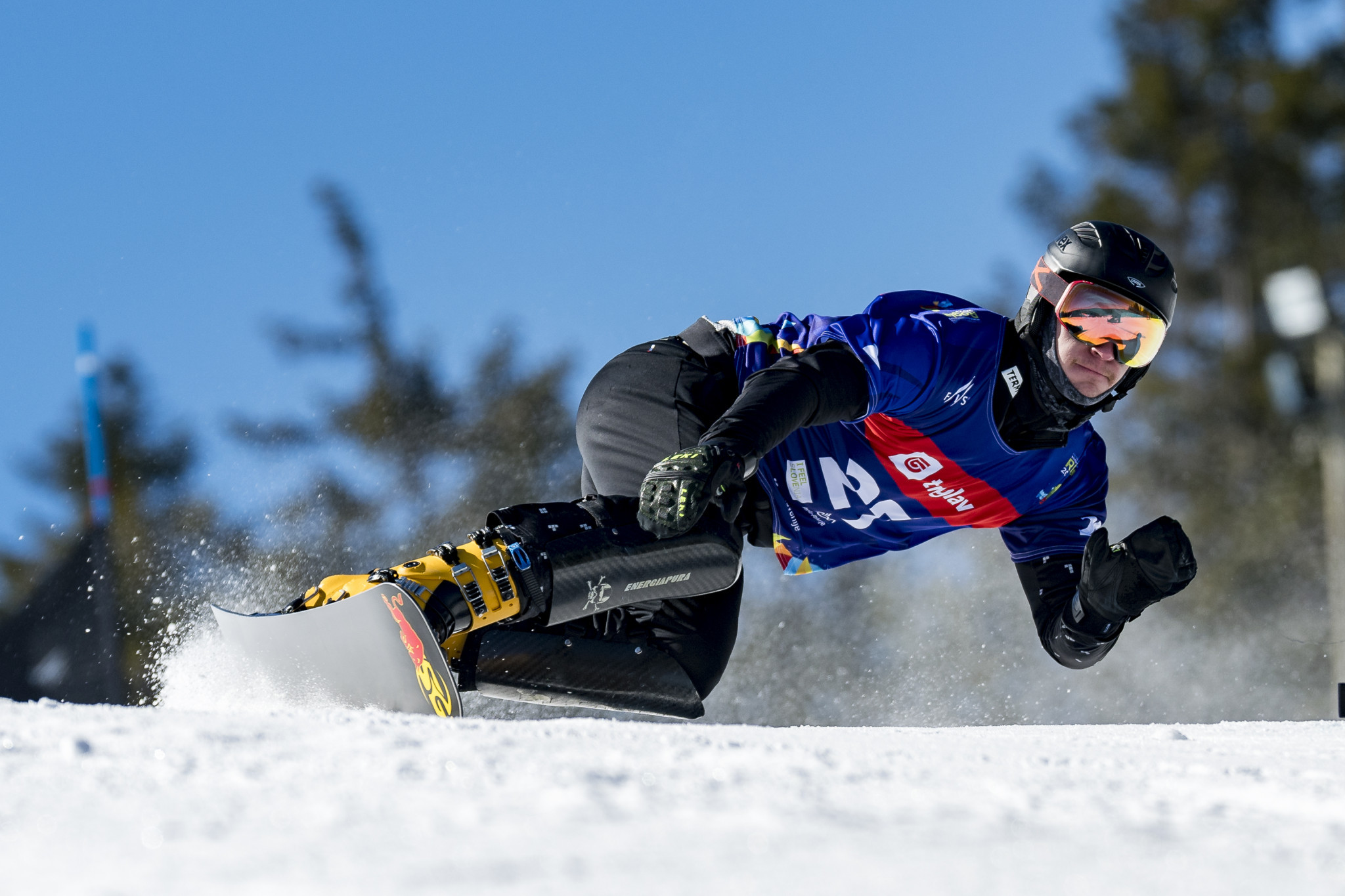 Austrian Schöffmann beat Zogg by 1.29sec to clinch gold in the Swiss resort, although the home favourite moved top of the overall Alpine Snowboard World Cup standings on 260 points with her second-place finish.

The host nation had two athletes on the women's podium, as Ladina Jenny beat Germany's Carolin Langenhorst by 0.17 in the small final.

The previous World Cup leader, Daniela Ulbing of Austria, slipped to second on 246 points as she placed 13th in Scuol, while Sofia Nadyrshina of Russia is third on 231 after being knocked out in the quarter-finals by Zogg.

Loginov is third in the season's Alpine Snowboard World Cup standings on 277 points, with his opponent 13 points ahead of him in second.

South Korea's leader Lee Sang-ho triumphed by 0.44 over Italy's Mirko Felicetti in the small final, moving onto 360 points for the season and giving him a 70-point advantage at the top.

The Alpine Snowboard World Cup season is set to continue with a parallel slalom event at Bad Gastein in Austria on Tuesday (January 11).