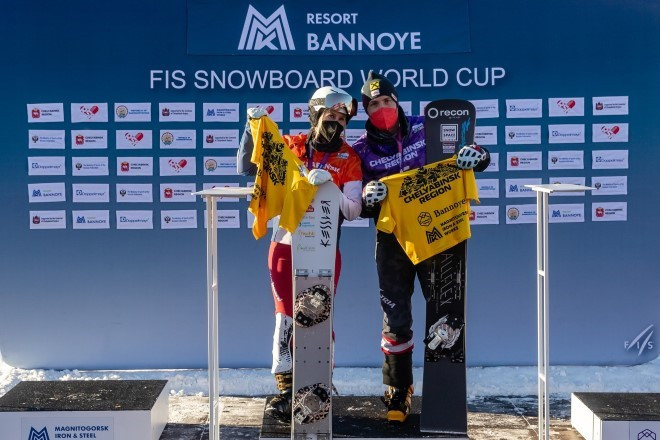 Zogg's victory continued her impressive World Cup record in Russia, with four of her eight wins at that level coming in the country.

Prommegger only just reached the big final, as he beat compatriot Arvid Auner by one-hundredth of a second in the semi-final to secure his place in the showpiece race.

The small final was an all Austrian affair with Auner beating Fabian Obmann to secure third place - the second time Auner had reached a World Cup podium.

The FIS Alpine Snowboard World Cup circuit is scheduled to now move on to Italy, with races due to take place in Carezza on December 16, followed by Cortina D’Ampezzo two days later.