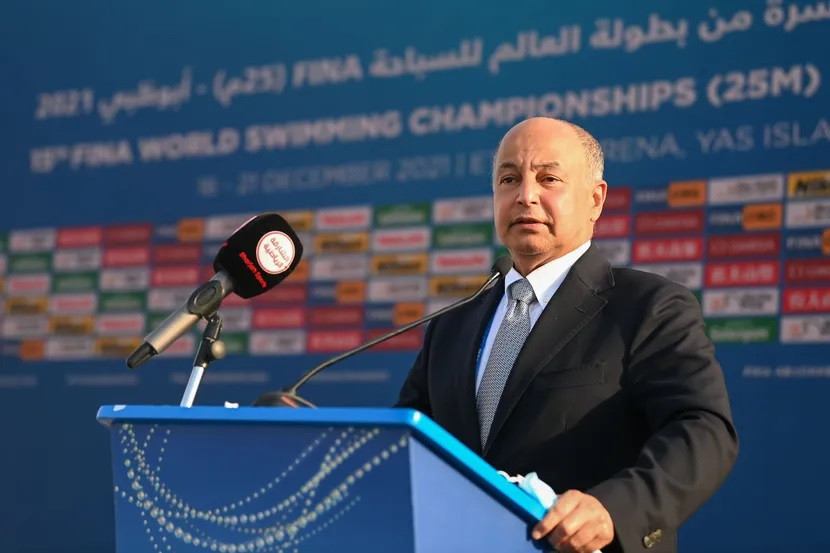 The International Swimming Federation (FINA) has confirmed that it has been given the all-clear by the World Anti-Doping Agency (WADA) to stage next year’s World Swimming Championships (25m) in Kazan – with the event due to be held just one day after Russia’s hosting ban is set to end.

FINA President Husain Al-Musallam has said that WADA “don’t see any problems” with the Russian city playing host to the short-course event in December 2022 after seeking assurances from the global anti-doping watchdog.

Kazan is set to receive the FINA flag on Tuesday (December 21) at a handover ceremony following the conclusion of the World Swimming Championships (25m) here in Abu Dhabi in the United Arab Emirates.

It has recently been confirmed that Kazan - which secured the hosting rights in 2017 - will stage the event from December 17 to 22 next year.

As part of a series of sanctions handed out by WADA and partially upheld by in December 2020 by the Court of Arbitration for Sport (CAS), Russia will be unable to stage World Championships until December 17.

With the two-year ban scheduled to end just one day before the World Swimming Championships (25m) is due to start, Al-Musallam contacted WADA to ensure the event could go ahead as planned.

"December is the last month of the restrictions," Al-Musallam told insidethegames.

"The COVID situation and the delay of the Tokyo Olympic Games affect all these competitions and we are thinking of returning to the previous cycle.

"We communicated with WADA, asked them about this time and they don't see any problem."

WADA initially handed Russia a four-year ban after doping data at the Moscow Laboratory was found to be manipulated but this was reduced on appeal to two years by the CAS.

Under the ruling, International Federations have been told to strip Russia of major events during the two-year period "unless it is legally or practically impossible to do so".

FINA will not be the only International Federation to host a tournament in Russia next year.

The 2022 Men’s Volleyball World Championship is scheduled to be staged from August 26 to September 11 across 10 Russian cities after WADA accepted it would be "legally and practically impossible" for the International Volleyball Federation to strip the nation of the event.

In September this year, the International Federation of Sport Climbing staged its World Championships in Moscow.

Russia lost the hosting rights for the 2022 World Wrestling Championships following the CAS verdict, yet was given the right to stage the World Championships at a later date.

World Anti-Doping Code signatories are legally bound to impose the terms of the CAS verdict and WADA has the power to trigger a non-compliance procedure against those who fail to do so.

Kazan and Hungarian capital Budapest were awarded the hosting rights for the respective 2022 and 2024 World Swimming Championships (25m) in July 2017.

Vladimir Leonov, Minister of Sport of the Republic of Tatarstan, spoke at the FINA Extraordinary General Congress in Abu Dhabi where he thanked Al-Musallam for visiting Kazan.

"It is a great honour for us, and we have the support of the Federal Government," added Leonov.

"Thank you for coming for a swimming event in Kazan so you saw our infrastructure and discussed our long-term collaboration."