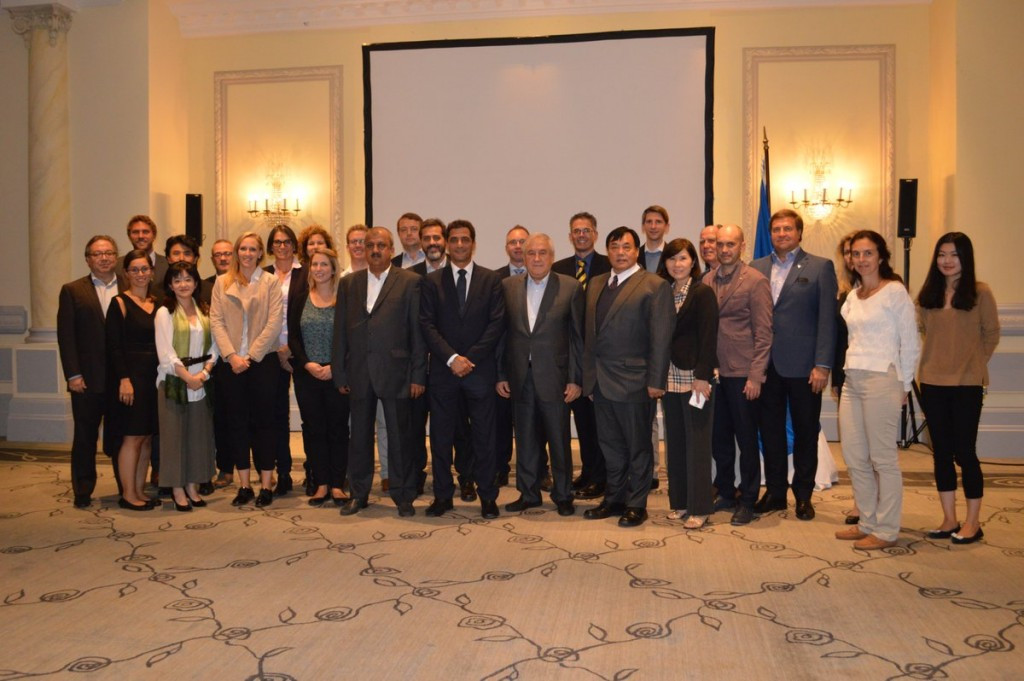 Russia is pressing ahead with attempts at staging major sporting events despite the ongoing doping scandal surrounding the nation after the International Swimming Federation (FINA) revealed that the country was interested in hosting the 2022 or 2024 World Short Course Championships.

Representatives from Kazan, which staged last year’s FINA World Championships, attended an “information meeting” here today, along with officials from Chinese Taipei, Germany, Hungary and Switzerland, with a view to pursuing a bid for the two events.

Of the five countries which attended the meeting, only one other alongside Russia put forward a city to potentially stage the competitions - Hungary’s capital Budapest, which is a candidate for the 2024 Olympic and Paralympic Games and is due to host next year’s FINA World Championships.

They will now be asked to formally submit a bid by FINA, before they give a presentation to the organisation’s ruling Bureau in 2017.

The hosts of each event will then be announced.

All of the nations have expressed strong interest in holding the World Short Course Championships and they were briefed on a number of topics, including the “benefit, economic impact and legacy generated with the staging of these Championships”.

FINA’s marketing agency Dentsu, the public relations company which is based in Tokyo, and other partners of the world governing body were also present at the meeting.

“The FINA World Swimming Championships (25m) is not only a spectacular sport event, it is also a unique occasion to gather the FINA family and provide them with a significant business opportunity, exchange of knowledge and tribute to our stars through the FINA World Aquatics Convention and the FINA Gala ‘Soirée des Etoiles,’” Cornel Marculescu, FINA executive director, said.

“For about 10 days, the city hosting these Championships will vibrate with a superb aquatic festival and its important legacy will remain an important added-value for the local community, the entire region and will even be felt country-wise.”

No specific criteria has been placed on Summer International Federations (IFs) allowing Russia to stage international events by the International Olympic Committee (IOC) but an Executive Board statement released in July in the wake of the damning McLaren Report revealed they would not “organise or give patronage to any sports event or meeting in Russia”.

Winter IFs were initially told to “freeze preparations” and to “seek alternative hosts” for events they had planned in Russia by the IOC before they were then informed the rule only applied to future candidacies from the scandal-hit nation.

The International Biathlon Union has faced criticism in recent weeks after they allocated their 2021 World Championships to the Siberian city of Tyumen, forcing the governing body to defend their decision.

They claimed they had done nothing wrong as they had been given the green light by the IOC.

This year’s World Short Course Championships are scheduled to be held in Windsor in Canada from December 6 to 11.

Hangzhou and Abu Dhabi will host the 2018 and 2020 editions respectively.