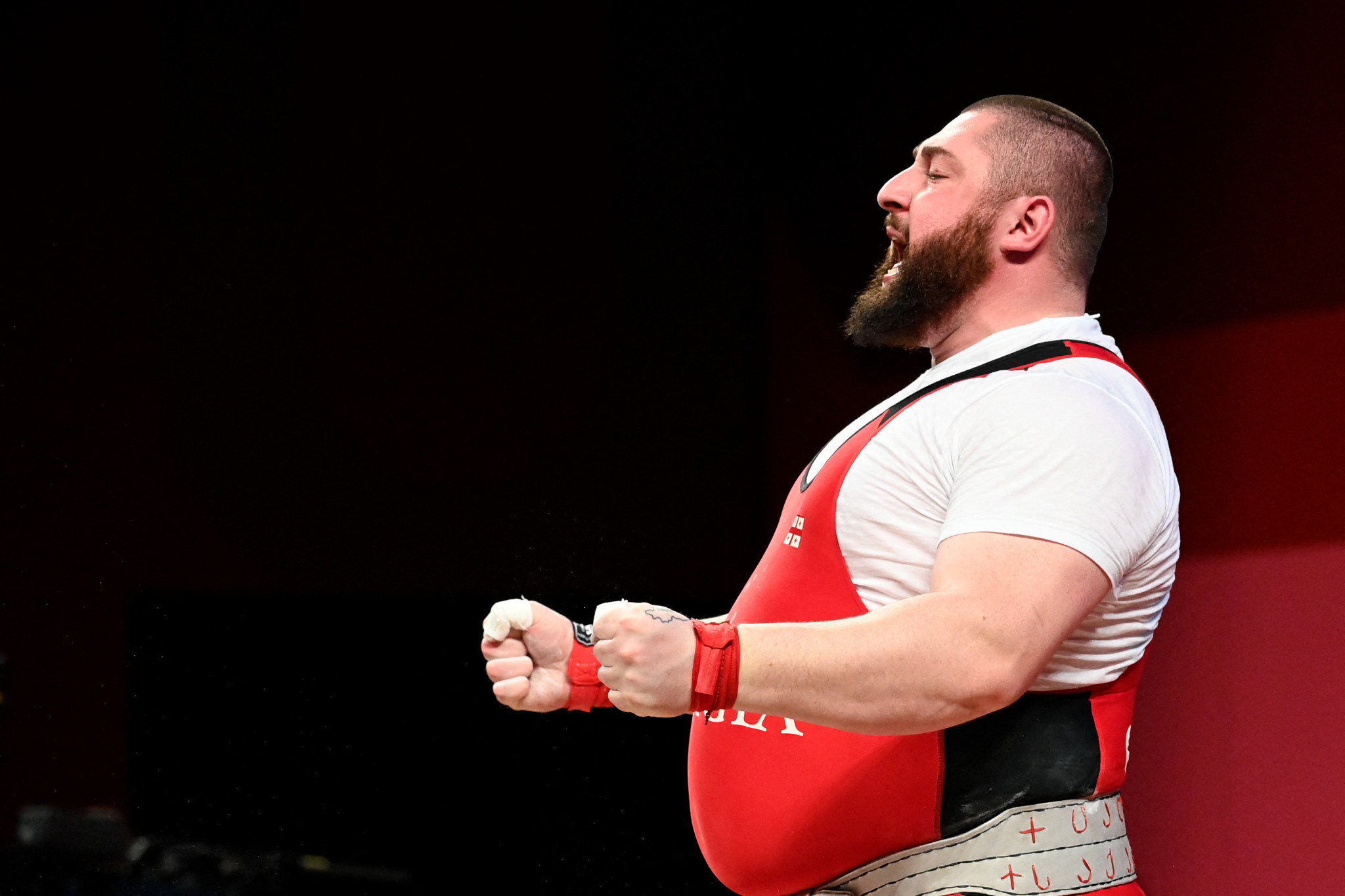 The 2021 International Weightlifting Federation (IWF) World Championships came to a spectacular close in Tashkent with another sweep of world records for the Georgian super-heavyweight Lasha Talakhadze.

Talakhadze bettered his own records, all set at the Tokyo 2020 Olympic Games, in snatch, clean and jerk and total with a phenomenal six-from-six performance in Uzbekistan.

He made 225-267-492, though there was drama at the end when his final clean and jerk went to a jury review before being declared a good lift.

That decision means Talakhadze, 28, put 4 kilograms on his best total and edged ever nearer the 500kg mark.

He has not been beaten since 2012 and has now made 47 consecutive good lifts since the 2018 IWF World Championships, the first event in qualifying for Tokyo.

The last time he had a no-lift was a snatch at the European Championships in Romanian capital Bucharest on April 1 2018.

Talakhadze was so dominant he finished 35kg ahead of his nearest rival who, for once, was not Gor Minasyan - the Armenian who was the last man to beat Talakhadze at the 2012 European Junior Championships.

Minasyan, seven times runner-up to Talakhadze since the Rio 2016 Olympic Games, made only three good lifts and finished 44kg behind the champion in third place.

His Armenian team mate Varazdat Lalayan, five years younger at 22, fared better with five from six for 211-246-457, a career best by 12kg that earned second place.

There was a junior world record for the impressive 18-year-old Iranian Alireza Yousefi, who made 238kg in the clean and jerk and then lifted 245kg, only to lose that one on review for a press-out

Son Young-hee helped South Korea to finish top of the medals table by winning the women’s super-heavyweights, and Britain had its best World Championships results in decades when Emily Campbell finished third behind Son.

Trailing in third place after the snatch, she made up ground and went for a career-best 162kg with her final attempt in the clean and jerk.

Campbell cleaned it but could not complete the lift and had to settle for third place - earning Britain a second medal after Sarah Davies' effort in the 71kg on Monday, when she became Britain’s first female medallist at the IWF World Championships in 27 years.

Son, the fourth South Korean champion in Tashkent, missed her final attempt and finished on 123-159-282.