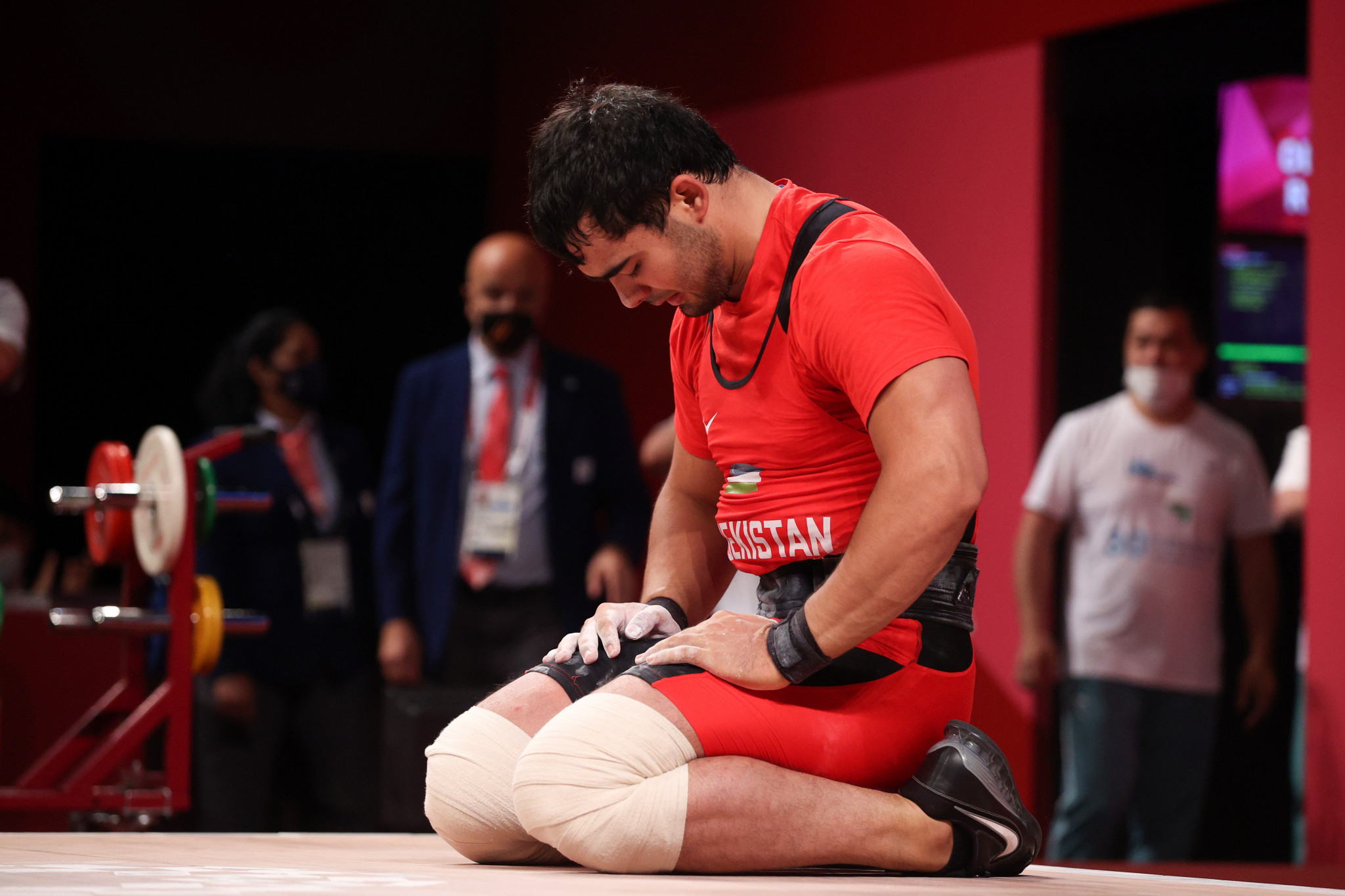 Akbar Djuraev made all six lifts as he won the battle of the big three in the International Weightlifting Federation (IWF) World Championships in his home country today.

The 22-year-old looked impressive throughout and was a deserved winner.

His team-mate, Ruslan Nurudinov, who just failed with an attempt to beat his own clean and jerk world record, finished second and the Armenian Simon Martirosyan, who holds the world record on total, was third.

A noisy full house cheered on both home lifters but unsportingly booed Martirosyan, who was once more afflicted by the inability to make enough good lifts.

The stats look bad not just for Martirosyan – twice a world champion and twice an Olympic silver medallist - but for the entire Armenia team.

He has now made only three of his past 12 attempts in the clean and jerk at World and Continental Championships and at the Tokyo 2020 Olympic Games, where he was beaten by Djuraev.

Armenia’s team of eight in Tashkent, one woman and seven men, collectively made five good clean and jerks and failed 19 times, a remarkably poor rate of success.

Conversely, Djuraev looked as if he would make a good lift every time he strode onto the platform, and he did just that to finish on 195-238-433, only 2kg short of Martirosyan’s world record total set three years ago.

Nurudinov, 30, was unable to compete at the Tokyo Olympic Games because of a doping suspension that kept him out of qualifying.

He broke the clean and jerk world record at the Asian Championships in April this year when he made 241kg, also in Tashkent.

The home crowd had more to cheer in the second medal event of the day, the women’s 87kg, when Tursunoy Jabborova led after the snatch and finished second on total behind Mongolia’s first-ever world champion, Ankhtsetseg Munkhjantsan.

Mongolia, Norway and Brazil all featured on the podium, which has never happened before at the IWF World Championships and may never do so again.

Munkhjantsan was another deserving winner, going some way to atoning for her near-miss in Tokyo, where she finished fourth.

Solfrid Koanda of Norway won the clean and jerk impressively and made up a 10kg deficit on Jabborova from the snatch to finish level with her in third place on 103-141-244.

Her medal was presented by Stian Grimseth, the Norway Weightlifting Federation President.

Amanda Schott of Brazil took the snatch bronze on 106kg and the Russian Dariia Akhmerova was third in the clean and jerk on 135kg.

The Iranian Yekti Jamali finished with six good lifts on her 17th birthday and her 100-122-222, in ninth place, made her the first Iranian woman to make a snatch of 100kg at any weight.