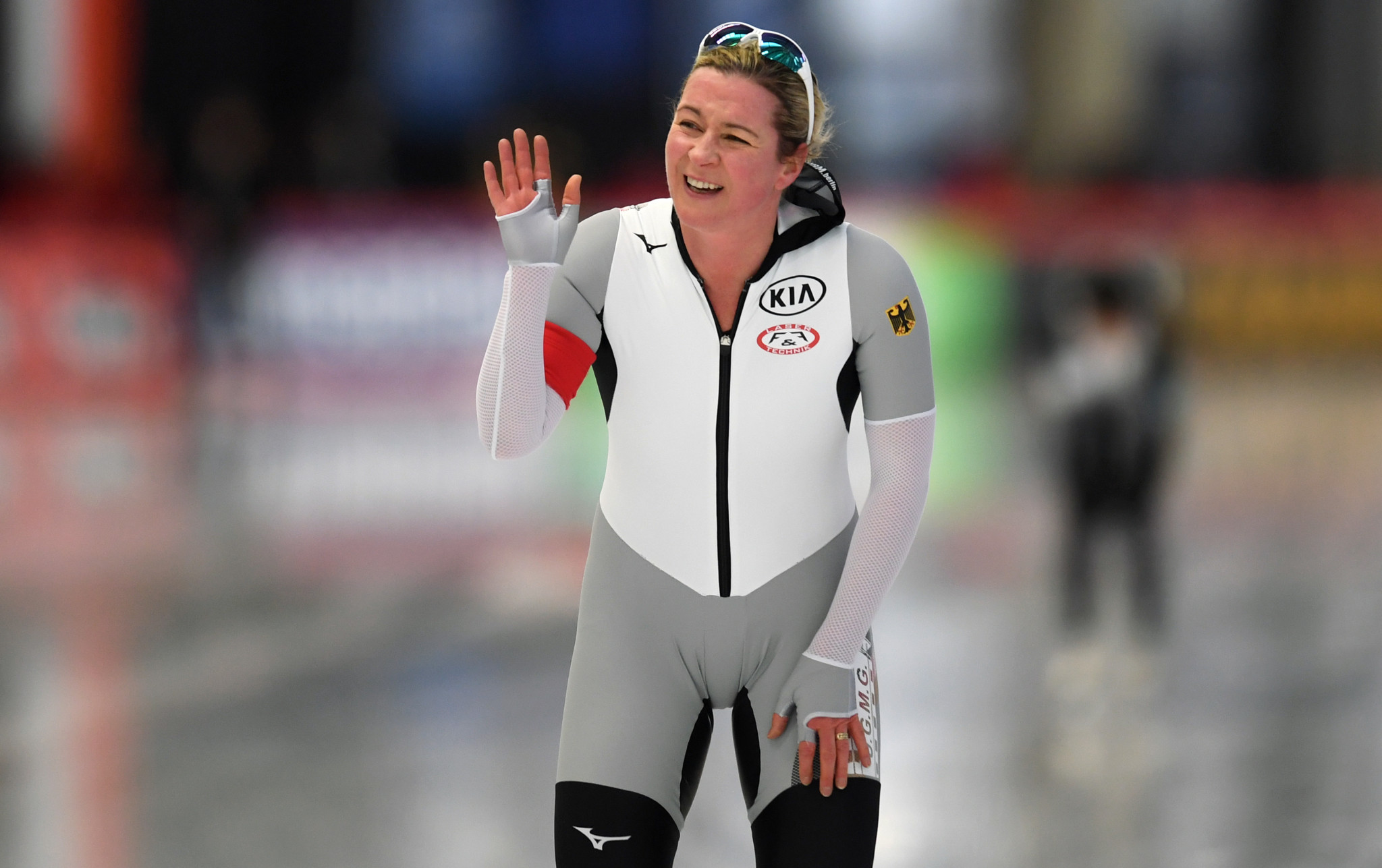 Germany's Claudia Pechstein is set to appear at an eighth Olympic Games, with the 49-year-old making the mass start standard for the Beijing 2022 Winter Olympics at the latest International Skating Union (ISU) Speed Skating World Cup leg in Calgary.

Pechstein finished 11th in the mass start contest in the Canadian city, moving her into 17th in the world in the rankings and into one of the 24 spots in the women's mass start at Beijing 2022.

On the German team, Pechstein will be be joined by 26-year-old Michelle Uhrig, who sealed qualification with eighth place in the race.

With her eighth appearance sealed, Pechstein is set to equal the record for most Winter Games attended, currently held by Japanese ski jumper Noriaki Kasai who competed at every Olympics from Albertville 1992 until Pyeongchang 2018.

Kasai, also 49, is unlikely to seal a ninth appearance in the sport.

A five-time Olympic and six-time world champion, Pechstein first competed at Albertville 1992 at 19 years of age and has competed at all Winter Olympics since, with the exception of Vancouver 2010.

Pechstein was unable to compete at Vancouver 2010 due to a two-year doping ban, triggered after the 2009 World Championships.

The International Skating Union deemed the German to have irregular levels of reticulocytes in her blood, following athlete biological passport analysis.

Pechstein has always denied doping, but appeals to the Court of Arbitration for Sport and the Swiss Federal Tribunal were unsuccessful.

She returned to competition in February 2011.

The Beijing 2022 Winter Olympics are scheduled to take place from February 4 to 20.

Pechstein, who turns 50 two days after the Closing Ceremony, is set to break Anne Abernathy's record for the oldest woman to compete at the Winter Olympics.