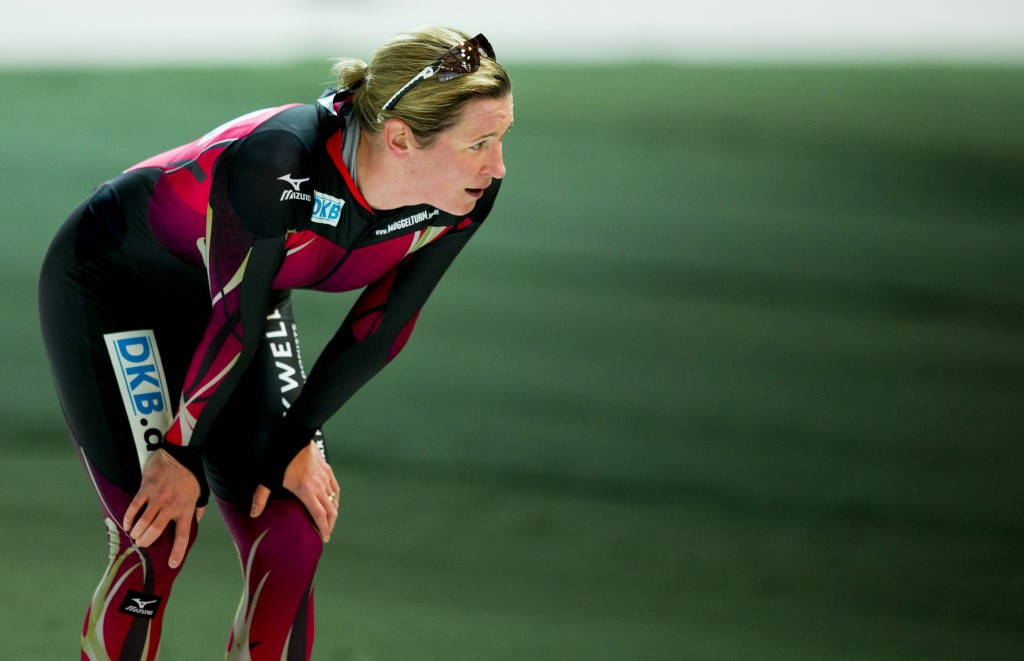 Sport's legal right to govern itself has received a major boost today after the German Federal Court ruled against Claudia Pechstein's claim for damages from the International Skating Union (ISU) for loss of earnings during a doping ban.

Pechstein had been challenging the arbitration of the Court of Arbitration for Sport (CAS), and, if successful, this would have ended the body's status as the effective "Supreme Court" of the sports world.

The German, a five-time Olympic speed skating champion and medallist at every Winter Games between Albertville 1992 and Turin 2006, was banned for two years by the ISU in 2009 due to irregular blood results.

The 44-year-old, the most successful Olympic speed skater of all-time, never failed a drugs test and put the readings in her biological passport down to an inherited condition from her father.

After being forced to miss Vancouver 2010 following an unsuccessful appeal to Lausanne-based CAS, she returned to compete at a sixth Games at Sochi 2014.

But she continued to protest her innocence and made the unprecedented step of taking her case to the German Civil Court.

Pechstein claimed that she was forced to give up her legal rights by signing an agreement that made CAS the sole court of arbitration, insisting also that the independence of the body was influenced by the International Olympic Committee (IOC) and other sporting organisations.

Athletes "don’t have a chance at a fair trial", she claimed, due to this influence.

The skater was controversially given permission last year to press ahead with a lawsuit demanding €4.4 million (£3.19 million/$4.74 million) in damages for lost earnings in the period of her suspension following a decision by the Appeals Court of Munich in January 2015.

"The plaintiff signed the arbitration agreement [with CAS] of her own free will," their verdict today said.

"The fact that she was required by others to do so, or else she wouldn't have been able to compete, doesn't invalidate the agreement."

They added that CAS was a "real" arbitration tribunal that benefits both federations and athletes through "uniform standards and speedy decisions".

Pechstein left the courtroom in Karlsruhe visibly distressed but without making a comment.

The ISU is no longer required to pay her damages.

However, her lawyer Thomas Summere claimed the case is not completely over and that they now intend to appeal to the Constitutional Courts.

"We are deeply disappointed - it wasn't the last word," he said.

But, even if the door is not completely closed, the verdict will come as a huge relief to CAS, a body which has been accepted as the Supreme Court of world sport ever since it was set-up in 1984.

If the Civil Court had supported Pechstein, it would have effectively ended the autonomy of CAS and set a precedent for athletes to take-up cases with civil authorities rather than sporting ones.

"If we win it is clear that athletes will no longer be forced to submit to the CAS, as long as CAS is based as it is," Summerer had said before the verdict.

It was thus ruled as one of the most significant sporting legal cases since the 1995 Bosman ruling in the European Court of Justice judgment that changed football transfer rules and is now credited with helping players - and agents - earn far greater profits from transfer.

Today's decision comes at a time where sports bodies are facing greater challenges to their autonomy due to recent doping and corruption scandals.

The news will also overshadow the second day of the ISU Congress here where a new President is due to be elected to replace Italy's Ottavio Cinquanta after 22 years at the helm.