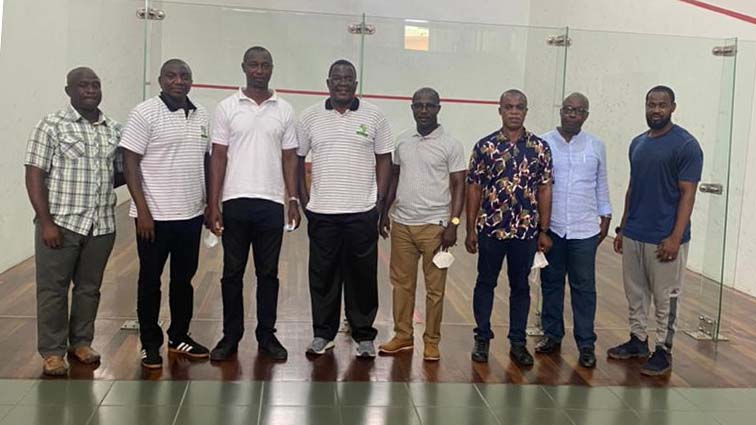 Squash will feature at the African Games for the first time in 20 years after being included on the programme for the 2023 event in Ghana.

The Organising Committee had initially turned down a proposal to add the sport to the programme, citing logistical challenges.

The two officials held talks with stakeholders over the construction of two modern squash courts.

The Ghana 2023 Organising Committee reportedly agreed to add squash to the African Games programme on the condition the courts are completed.

"This is a momentous occasion for squash fans in Ghana, Africa and around the world," Mlilo said.

"The news of squash’s inclusion comes as great vindication for the tireless work we have been doing to promote the game in Africa.

"My thanks to the Organising Committee for their support and timely decision, and to my colleagues, Richmond Quarcoo, the SFA Board members and Zena and William of the World Squash Federation (WSF) for all their assistance, advice and efforts.

"I am thrilled and honoured to have played a role in making squash more accessible.

"After so many years of squash being excluded from the Games, I am delighted that sports fans across Africa will have the opportunity to engage with our incredible game in 2023.

"I have total faith in the Ghana Squash Federation, who so impressed me during my visit, to help deliver a fantastic event and I am sure these games will leave a lasting and positive legacy for years to come."

Squash last featured at the African Games in 2003, when the multi-sport event was held at Abuja in Nigeria.

Egypt was the dominant nation at the Games by winning the men’s and women’s singles titles, as well as the team event.

"My congratulations and thanks to Lucky, Richmond and their colleagues for their impressive work in achieving the inclusion of squash in the 2023 African Games in Ghana," said Zena Wooldridge, WSF President.

"This is an incredibly important milestone for the sport generally but for the future development of squash in Africa in particular.

"The new squash venue constructed to host the Games will no doubt serve future generations well for years to come and I am confident that squash in Africa will take a huge step forward in the next few years with initiatives such as this in Ghana under the leadership of Lucky and Richmond."

Ghana will host the African Games for the first time, with the multi-sport event now in its 13th edition.

The Games are set to be held in three cities in Ghana - capital city Accra, Kumasi and Cape Coast.