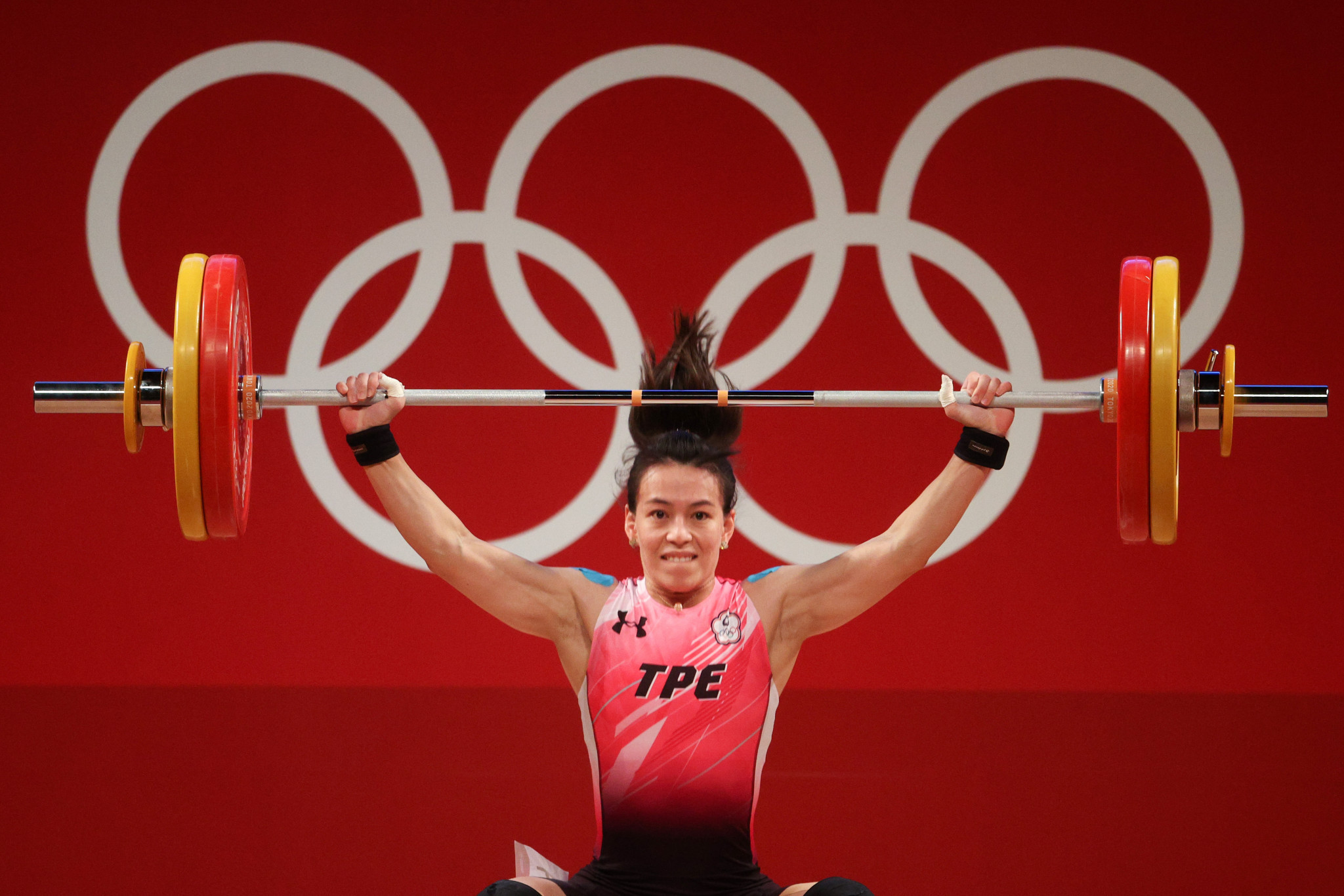 Kuo Hsing-chun, known in her home nation of Taiwan as "the goddess of weightlifting", won her fifth world title today to round off a year she will never forget.

Kuo won the 59 kilograms at the International Weightlifting Federation (IWF) World Championships in Tashkent in Uzbekistan by 4kg from the Colombian Yenny Alvarez, with the Russian Olga Te third.

It was her 12th straight victory at 59kg or the old 58kg category, leaving her unbeaten at those weights since she finished third at the Rio 2016 Olympic Games.

Kuo missed one of her snatch attempts but pulled clear in the clean and jerk as she made 100-130-230.

Kuo's year really took off in April when she set two world records in winning the Asian Championships.

Three months later, she carried the flag for Taiwan at the Olympic Games Opening Ceremony, then finished well clear of Guryeva and the rest of her rivals in Tokyo to claim her first Olympic gold medal.

She gave a large chunk of her prize money to a local hospital and her old school.

Such is her fame, in November Kuo, who regularly appears in commercials for cosmetics, health products and mobile phones, did something no female weightlifter has ever done before - a fashion shoot for Vogue magazine.

That put her on the front cover of Vogue in Taiwan and raised her profile yet further.

She is already a national hero, having overcome a difficult childhood to find sporting fame.

Kuo, 28, never met her father and was mostly raised by her grandmother.

She played basketball and football and was a good track and field athlete before focusing on the sport that took her to stardom.

She also learned to love piano music at school and is a keen pianist, using the keyboard to relax away from her demanding training and competition schedule.

The training was hard at the outset, and Kuo has said she sees weightlifting more as an accomplishment than something she loves to do.

"Initially I disliked weightlifting and didn't want to train because I was the only weightlifter at my school," she said in an interview in Taiwan.

"I was more fond of team sports like basketball, and then I had trouble choosing between track and field and weightlifting.

"But after I dropped the baton twice in two different relay races and immediately won a gold medal in a weightlifting competition, it seemed only natural that I stick to weightlifting."

Her first world title came as a teenager way back in 2013, and there might have been more but for a serious injury when she was preparing for the 2014 IWF World Championships.

It caused huge damage to her right thigh and her recovery was so slow she was not at optimum fitness for the Rio Olympics.

The second medal event on Sunday, the men’s 81kg, could be one of the highlights of the Championships, featuring Mohamed Ehab of Egypt, Brayan Rodallegas of Colombia and the remarkable Bulgarian teenager Karlos Nasar