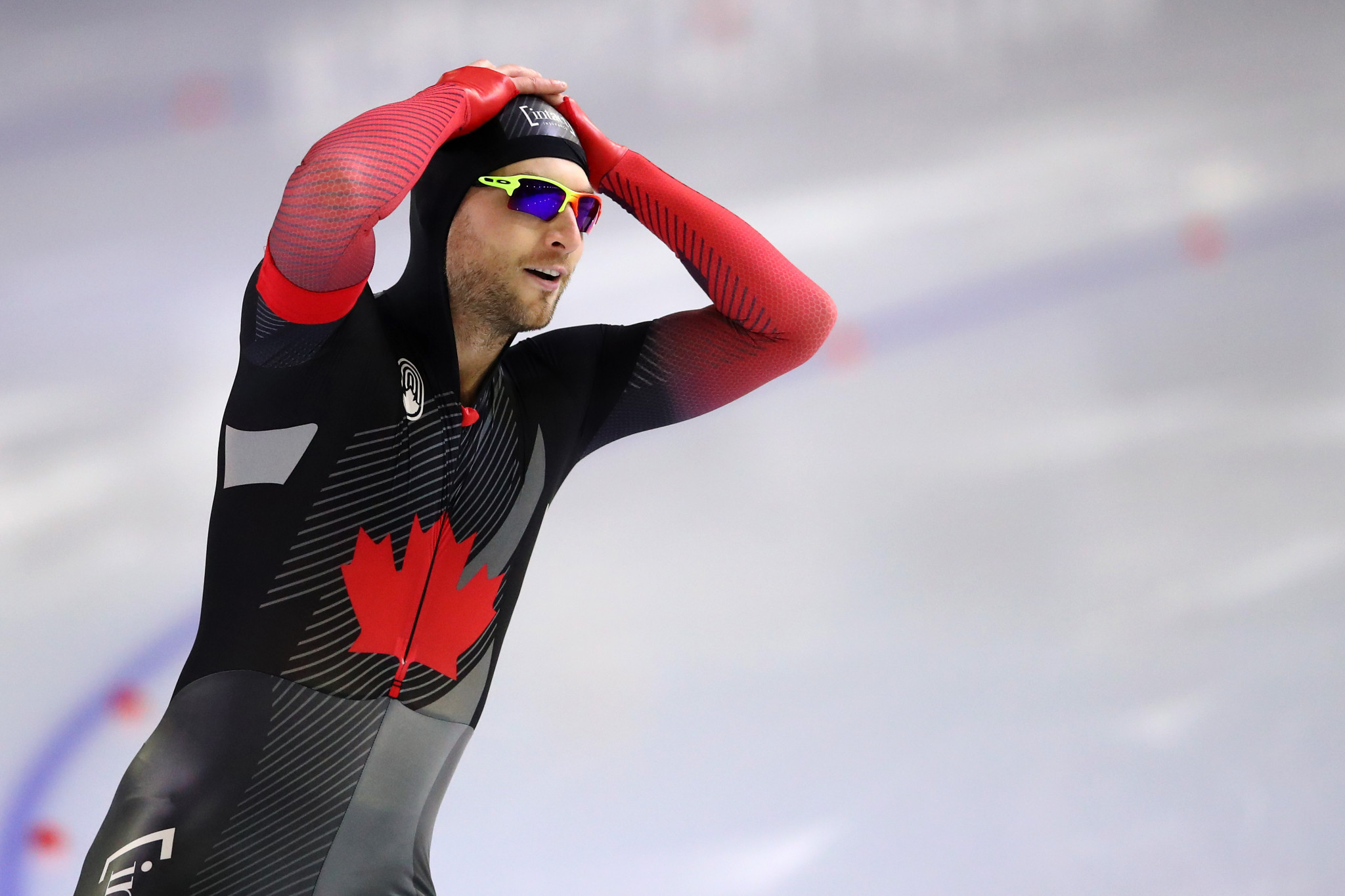 Dubreuil, who is the world champion in the distance, set a blistering time of 33.778sec, shattering Jeremy Wotherspoon's record of 34.03, set in 2007.

He had won a medal at every World Cup event this season, but this was his first gold.

Russia's Pavel Kulizhnikov holds the record at 33.61, who achieved the feat in 2019.

With the win, Dubreuil moved 54 points clear of Japan's Tatsuya Shinhama in the World Cup standings.

The United States' Erin Jackson - who was unbeaten on the season before today - still leads the World Cup standings on 372, despite finishing down in fifth.

In the longer distances, Italy's Francesca Lollobrigida set a personal best of 3min 54.437sec to claim her first World Cup gold of the season in the women's 3,000m.

Canada's Isabelle Weidemann maintained her lead in the World Cup standings with a second place in 3:55.334, while the Czech Republic's world record holder Martina Sáblíková came third in 3:55.5.

Van der Poel leads Bloemen by 56 points in the World Cup standings, with Ghiotto in third.