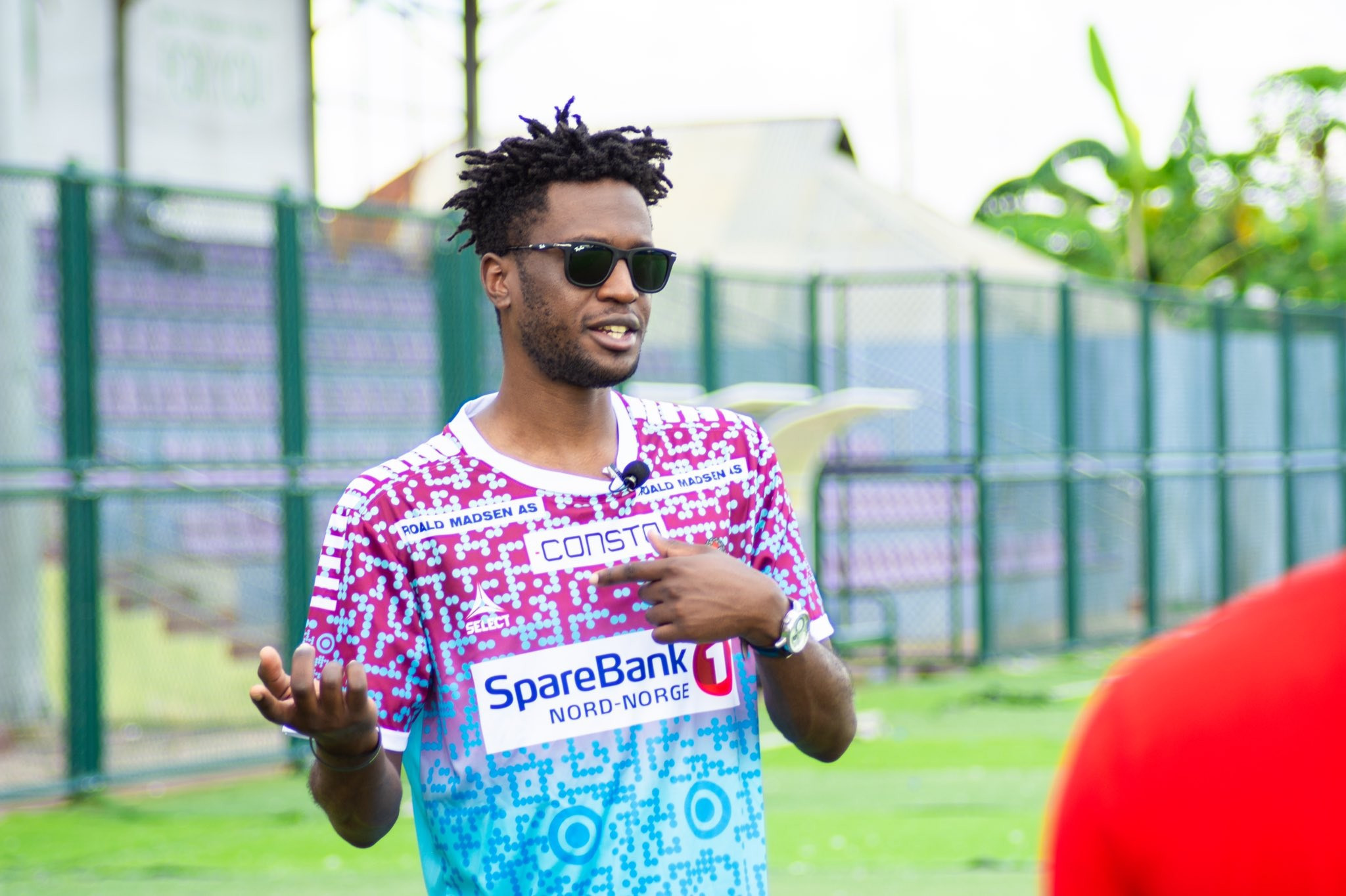 Believed to be the first strip in history to include a QR code, Tromsø has spoken of its determination to "stop sportswashing" and "keep the game clean".

Tromsø created the jersey after teaming up with human rights group Amnesty International and Malcolm Bidali, a former migrant worker who was arrested in Qatar for blogging about the country’s working conditions.

The third kit, which includes the QR code and colours of the Qatari flag, is set to be worn for the first time when Tromsø take on Viking on Sunday (December 12).

After scanning the QR code with a smartphone, users will be taken to a page on Tromsø’s official website that looks to shine a light on alleged and well-documented abuses of human rights in Qatar.

A statement on the Tromsø’s website read: "How many human rights violations will it take before the football community unites to demand better protection for migrant workers?

"We can’t pretend football and politics are unrelated, and we must never look the other way when some use our beautiful game to overshadow human rights violations.

"We can change this together.

The players' shirts arrived tonight. Ready to play against @vikingfotball on sunday! pic.twitter.com/hvcw9CPpPU

Earlier this year, Amnesty International issued a letter to FIFA President Gianni Infantino, urging the worldwide governing body to take "urgent and concrete action" and "use the full extent of its influence" to ensure Qatari authorities fulfil a programme of labour reforms prior to next year's World Cup.

The human rights organisation claimed its research had shown that thousands of migrant workers are still exploited and abused in Qatar.

"Brand new stadiums with huge floodlights and beautiful goals must not dazzle us so that we don't see what happens in the shadows."

In March, Tromsø was among a number of Eliteserien sides to call on Norway to boycott the World Cup should the national team qualify.

Norwegian Football Federation President Terje Svendsen has repeatedly claimed the organisation did not support the decision to give Qatar the 2022 World Cup.

An Extraordinary Congress of the Norwegian Football Federation voted against boycotting Qatar 2022.

The national team failed to qualify regardless.

The Qatar 2022 FIFA World Cup is scheduled to take place from November 21 to December 18 next year.

Tromsø's kit launch comes at a time when Abdullah Ibhais, a former media manager for the 2022 FIFA World Cup, is detained in the country, his family say in retaliation for Ibhais’ criticism of the organisation’s handling of a strike by migrant workers in 2019.