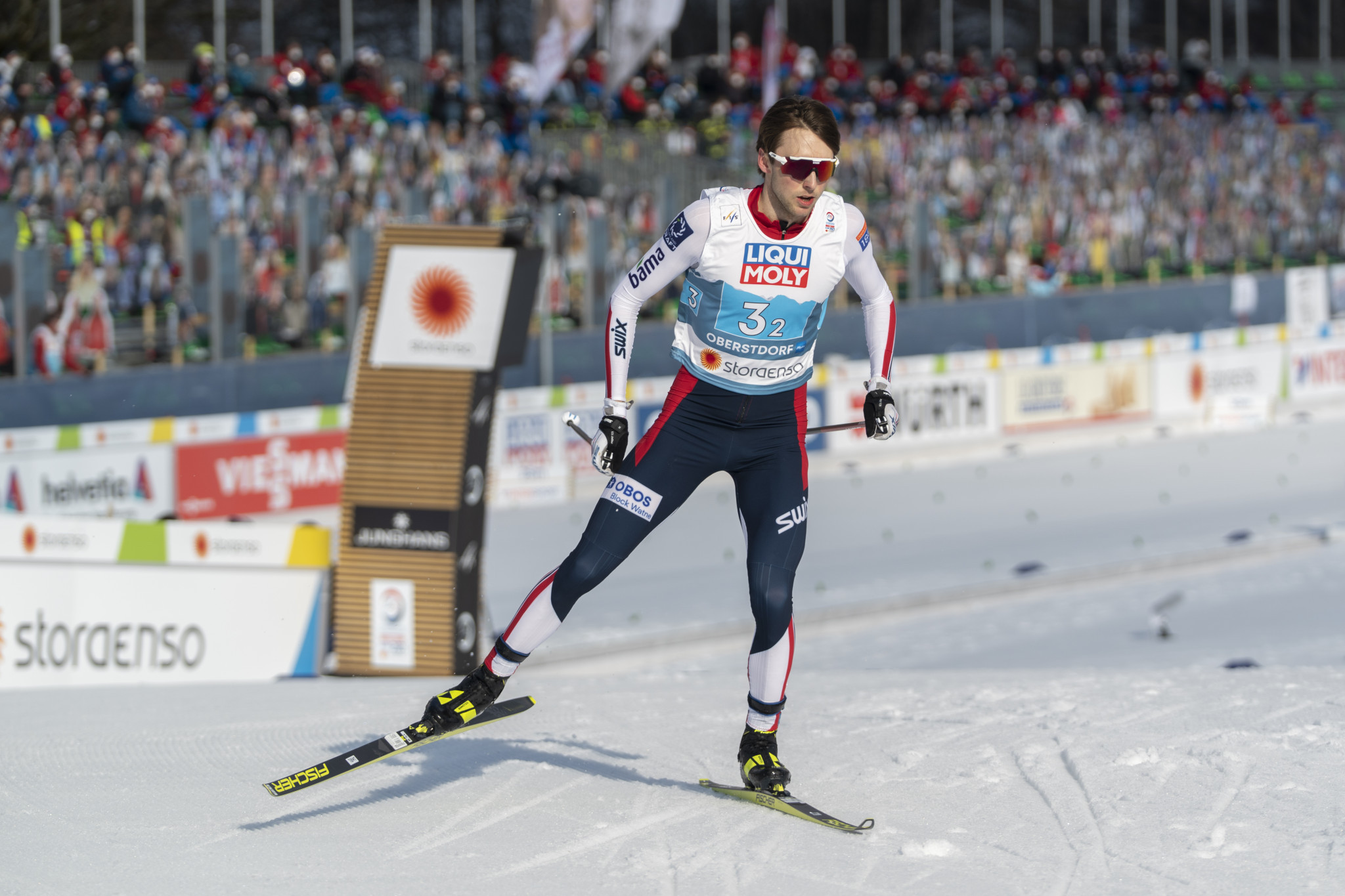 Last year's World Cup winner had won two events in Ruka in Finland last month, and reached 143 metres in the ski jumping to score 149.6 points and give him a lead of 29 seconds over Austria's Johannes Lamparter.

Lamparter jumped 140m for 142.3 points in the ski jumping, and more than halved Riiber's lead to 13.5 seconds in the 10 kilometres cross-country race.

However, Riiber finished with a time of 25min 40.1sec at the Birkebeinerer Ski Stadium to clinch gold, with Lamparter taking silver.

It was the Austrian's third second-place finish this season, keeping him second in the overall standings.

Germany's Eric Frenzel staved off a challenge from Austria's Mario Seidl and Jens Luraas Oftebro of Norway to secure the final position on the podium.

He did it again 👏 #JarlMagnusRiiber wins the Individual Gundersen in Lillehammer and defends his yellow bib one more time. Here are the highlights of todays cross-country race 🇸🇯 #fisnoco #nordiccombined pic.twitter.com/xtxBXGW6Vq

Seidl was third after scoring 141.6 in the ski jumping, but was caught by Frenzel and Oftebro after 3km of the cross-country race.

The trio entered a sprint finish, in which Frenzel came out on top, finishing 45.6sec behind the winner Riiber.

Oftebro was around 5sec further behind in fourth, with Seidl fifth 56.1sec off the pace.

Terence Weber of Germany remains third in the overall standings after placing eighth in Lillehammer.

Finland's Ilkka Herola retains the red bib as the best skier with his time of 24:56.7, with Seidl keeping hold of the blue bib for the best jumper.

The FIS Nordic Combined World Cup continues in Otepää in Estonia next weekend from December 10 to 12.