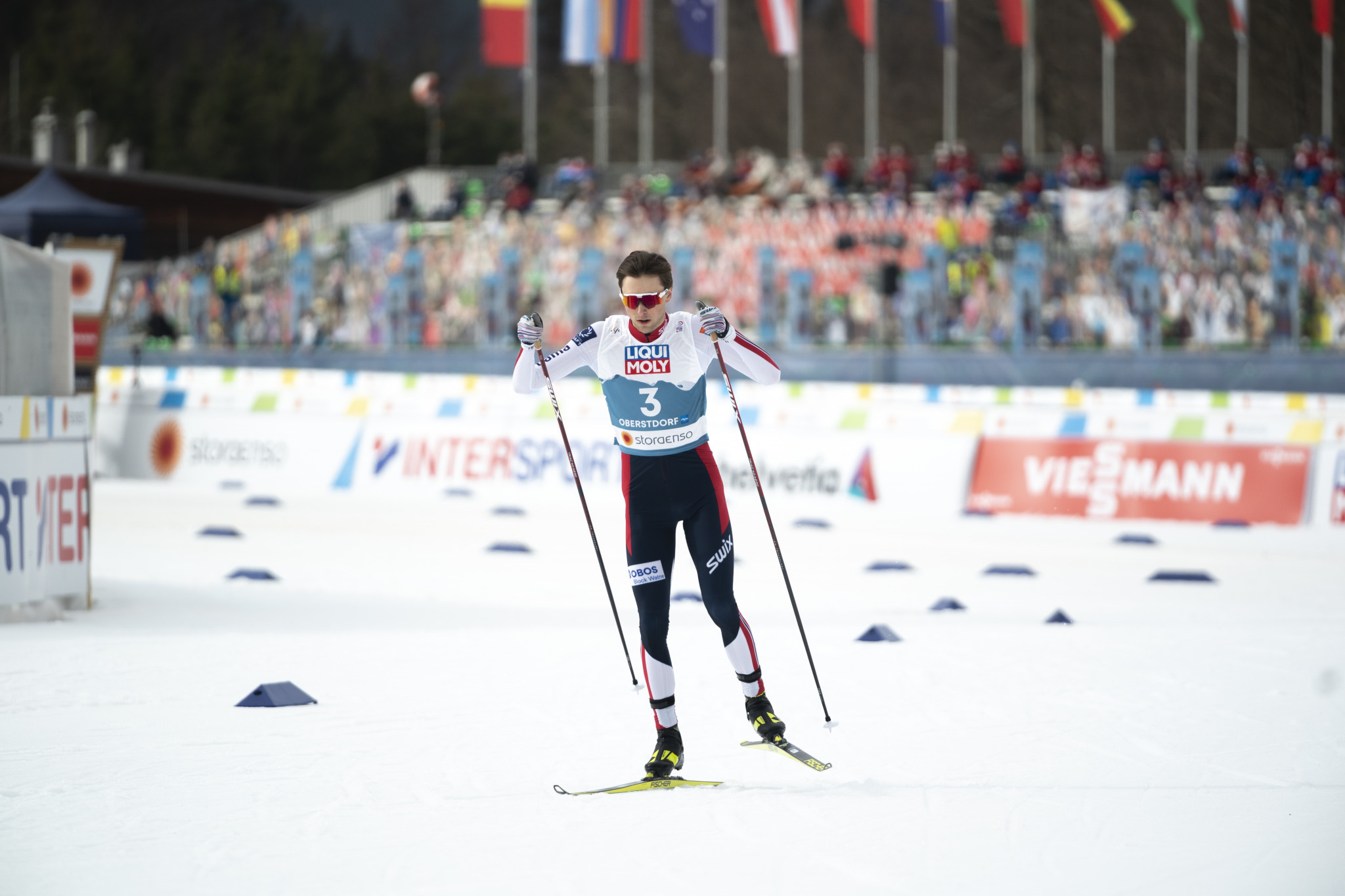 Norway’s Jarl Magnus Riiber was crowned the Ruka Tour champion for the third time after claiming his second International Ski Federation Nordic Combined World Cup title in the space of three days in the Finnish resort.

Riiber got his campaign off to a superb start with victory on Friday (November 26) before being hit by a disqualification after his jumping suit failed to comply with tournament rules yesterday.

The 24-year-old then put that disappointment behind him by winning the final event of the weekend in Ruka today.

The victory also saw Riiber move ahead of Germany’s Terence Weber in the overall standings as he chases another World Cup crown.

Athletes faced extreme temperatures in Ruka as the day started at -19°C while the wind also caused problems.

After the qualification, which was carried out without interruptions, the wind picked up.

The jury initially interrupted the competition after 41 athletes before making the decision to cancel the ski jumping round.

At the final day of the Ruka Tour 2021, #JarlMagnusRiiber took the victory ahead of #JohannesLamparter more time! In a tight finish sprint #JensLurasOftebro secured rank 3 🇸🇯 Here are the highlights of the race! #fisnoco #nordiccombined pic.twitter.com/1jYr2R4dEx

Results from the provisional competition round on Thursday (November 27) were used to determine the line-up for today’s 10 kilometres cross-country race.

Johannes Lamparter of Austria was the first to start ahead of teammate Mario Seidl and Riiber who trailed the leader by 14 seconds.

After 6.1 kilometres Seidl was caught and fell back to fourth behind Norway’s Jens Lurås Oftebro, who had a 28 second backlog on the leaders at the time.

On the last uphill, Riiber started an attack that Lamparter could not withstand as the Norwegian powered to victory.

Riiber finished in 25min 8.3sec as Lamparter finished 12.4 behind in second and Oftebro was 33.0 further back in third.

The next leg of the Nordic Combined World Cup is due to be held in Lillehammer in Norway on December 5.