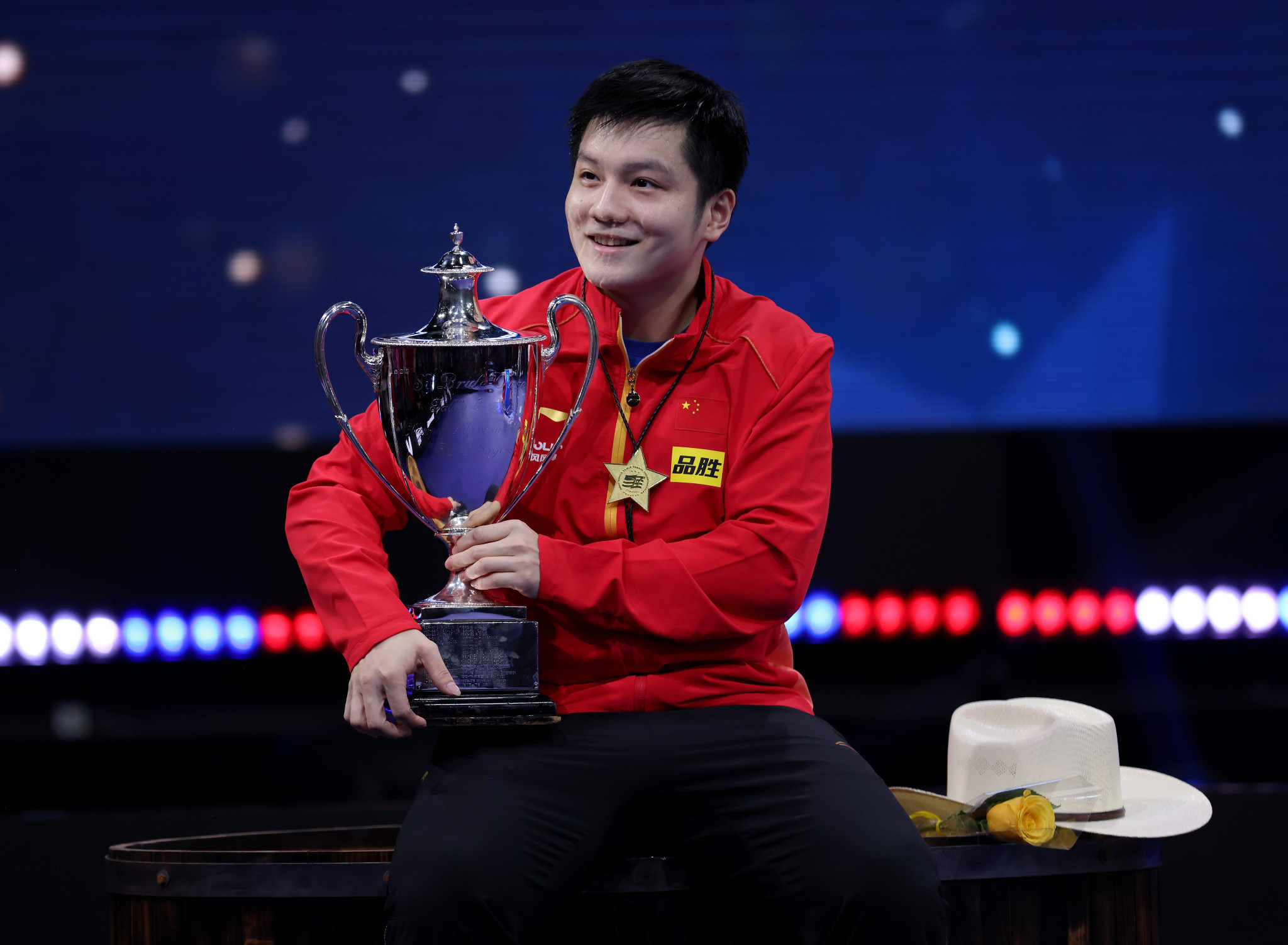 He once again established himself as the sheriff on the circuit with a win in Texas, dropping just four games throughout the tournament, ending with a showdown against plucky underdog, Swedish 19-year-old and world number 77 Truls Möregårdh at the George R. Brown Convention Center

Möregårdh knocked out world number 25 Chuang Chih-Yuan of Chinese Taipei in the second round, world number 14 German Patrick Franziska in the third round, Nigerian world number 17 Quadri Aruna in the quarter-finals and Germany's world number 11 Timo Boll in the semi-finals.

Liang Jingkun of China and Boll claimed the bronze medals.

Wang faced her compatriots from the quarter-finals onwards, beating world number seven Chen Xingtong in straight games, before winning a seven-game thriller against world number one Chen Meng in the semi-finals.

Sun had only dropped three games throughout the tournament, but could not win her first world gold.

Chen Meng and Wang Yidi of China were the bronze medallists.

You love to see it 😍

It was not all heartbreak for Sun, who added her second gold medal of the Championships with Wang in the women's doubles final earlier in the day.

The pair teamed up before their singles clash in the evening to beat Japan's Hina Hayata and Mima Ito in straight games 11-9, 11-7, 11-8.

Chen Meng and Qian Tianyi of China and the team of Ni Xialian and Sarah de Nutte of Luxembourg won the the bronze medals.

Bronze medals went to Chinese pair Liang and Lin Gaoyuan, as well as Yukiya Uda and Shunsuke Togami of Japan.