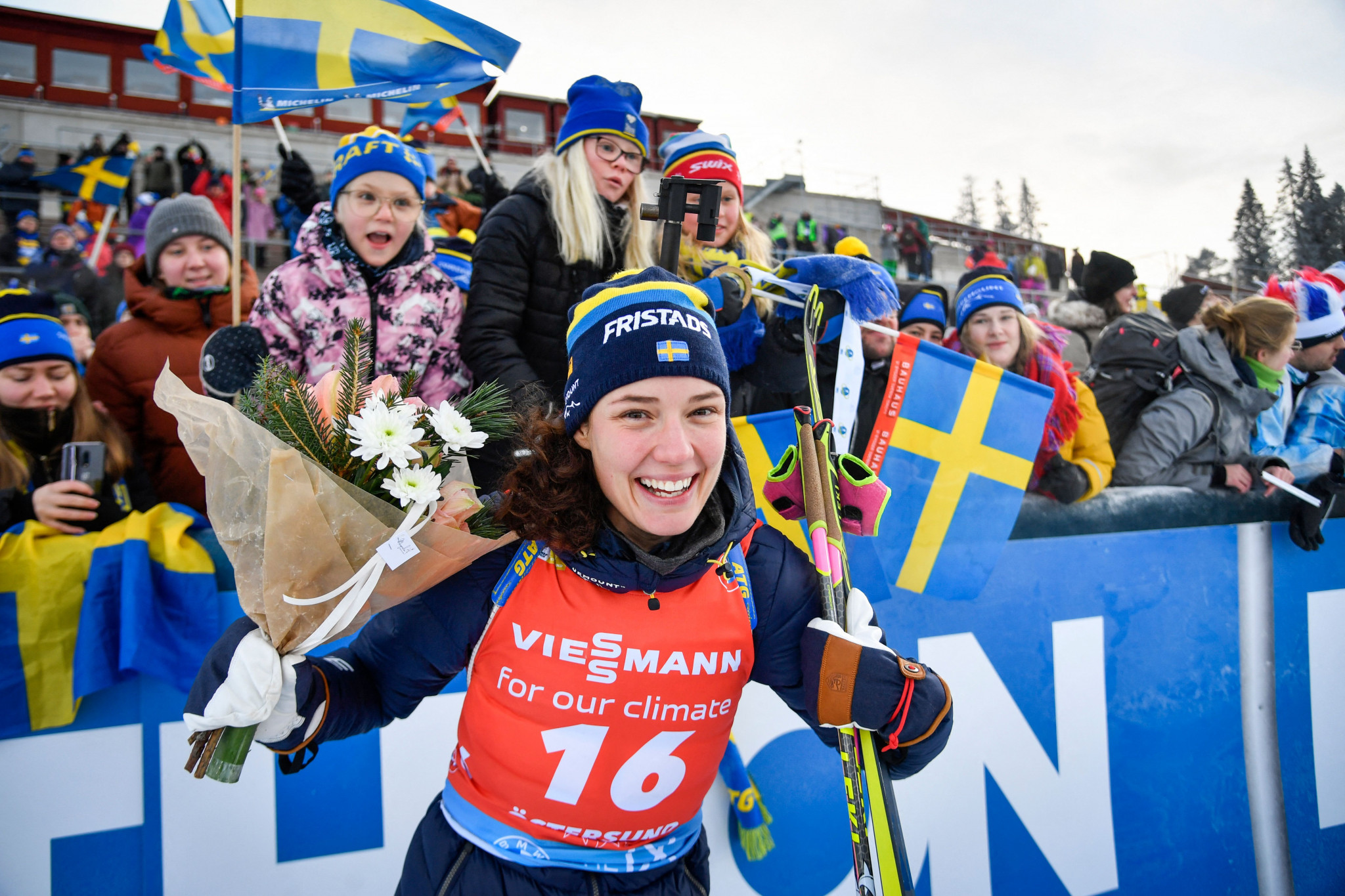 Swedish pair Hanna Öberg and Sebastian Samuelsson won their respective sprint races today at the International Biathlon Union (IBU) World Cup leg in Östersund, to give the host nation victories on the opening leg of the season.

Öberg started the sprint season with a gold in the women's 7.5 kilometres sprint, winning by 11.3 seconds in a time of 19min 01.5sec.

Both the Swede and her closest challenger, Anaïs Chevalier-Bouchet of France, kept a clean shooting record throughout to finish in the top two, while Norwegian Marte Olsbu Røiseland's penalty lap stopped her from claiming the title, having finished only 15.4 seconds behind.

Justine Braisaz-Bouchet of France was sixth, and German Franziska Preuß, Swedes Elvira Öberg and Linn Persson, and Norway's Ida Lien made up the rest of the top 10.

It was another win for the hosts in the men's 10km sprint, with Samuelsson keeping a clean scorecard to finish in 22:33.5, bridging a gap of 11.8 to silver medallist Vetle Sjåstad Christiansen of Norway.

Christiansen's team mate and defending World Cup champion Johannes Thingnes Bø was less than half a second behind for the bronze medal, with all of the top three conceding no penalties.

Emilien Jacquelin of France did however, and it cost him a podium position having finished only nine seconds behind the Norwegians.

Philipp Nawrath of Germany and France's Fabien Claude both finished with the same time to place joint-sixth, and Norwegians Sivert Guttorm Bakken and Filip Fjeld Andersen, as well as Russia's Alexander Loginov, completed the top 10.

The next leg of the World Cup is scheduled to take place in Östersund from Thursday (December 2) until Sunday (December 5).