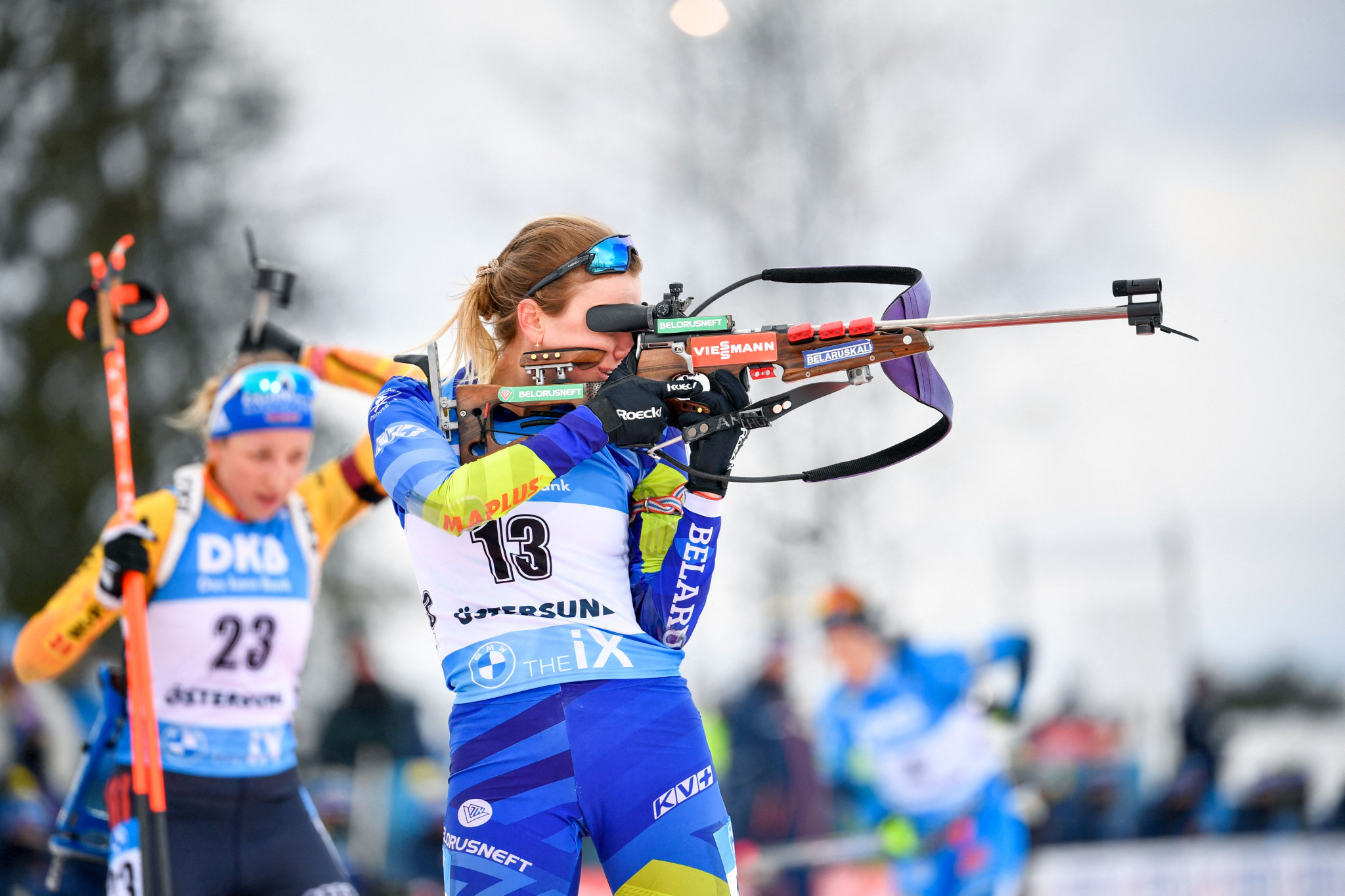 Belarus has been stripped of hosting rights for an International Biathlon Union (IBU) World Cup event in 2022 because of the crisis in the country.

The IBU Executive Board agreed changes to the IBU World Cup calendar, citing the "current situation in Belarus and the need to provide planning certainty for Organising Committees, National Federations and teams".

Belarus had been provisionally included on the calendar at the IBU Executive Board’s previous meeting and the governing body said it would either confirm the country as hosts or relocate the event over the summer.

The IBU World Cup circuit had been due to visit Minsk-Raubichi for an event from March 3 to 6.

The IBU Executive Board has moved the event to Kontiolahti.

Due to the change, Kontiolahti will no longer stage the season-opening races on November 27 to 28.

The events will instead be held in Östersund, with the Swedish venue also hosting the second event of the season from December 2 to 5.

The IBU is the latest governing body to move one of its competitions out of Belarus.

Belarus has been gripped by crisis following a series of protests triggered by the disputed re-election of President Alexander Lukashenko in August.

Lukashenko and his son Viktor, who became NOCRB President earlier this year, are both banned from attending the Tokyo 2020 Olympic Games as part of a range of measures introduced by the IOC.

The International Ice Hockey Federation (IIHF) announced in January that Minsk would no longer co-host this year’s men’s World Championship.

The governing body had faced mounting pressure, including the threat of sponsors withdrawing from the event, over Minsk's status as co-hosts.

The IIHF ultimately removed the Belarusian capital as a co-host citing security and safety concerns, with Latvia granted sole rights to stage the event.

The International Modern Pentathlon Union followed the IIHF by confirming its World Championships will not take place in Minsk.

Next month looks likely to see the Track Elite European Championships take place in Belarus, with the European Cycling Union insisting the event will be held in Minsk.

The organisation has resisted pressure to move the event, allegedly turning down offers from other National Federations to step in as hosts.