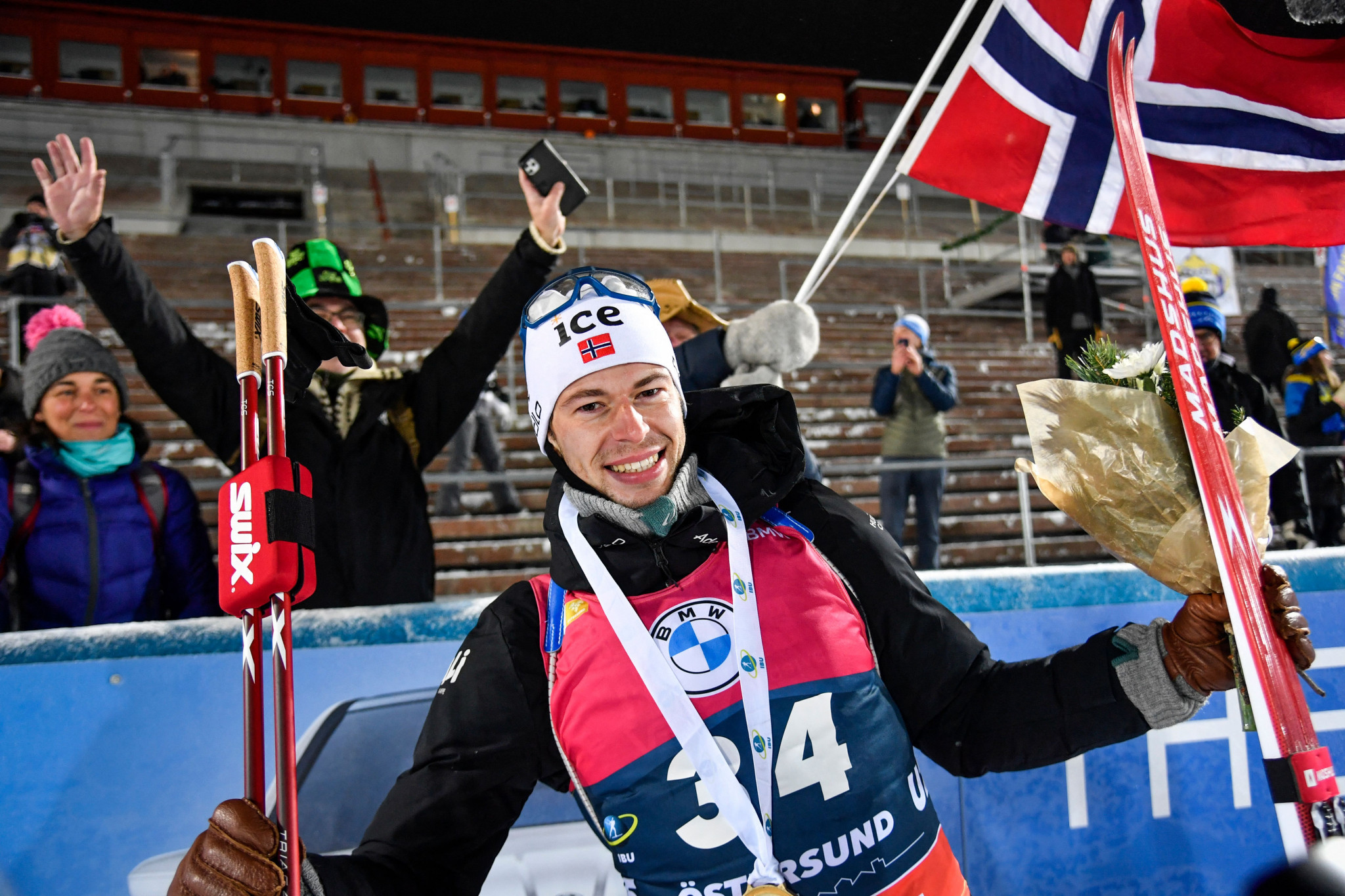 Sturla Holm Lægreid led a Norwegian one-two in the men's 20-kilometres individual in front of Tarjei Bø as the 2021-2022 International Biathlon Union (IBU) World Cup season got underway in Östersund in Sweden.

Lægreid had no penalty laps throughout his run, finishing in 51min 04sec.

Bø was just within a minute of his compatriot and would have been a lot closer if not for two penalties setting him back.

He was made to fight to the line with Frenchman Simon Desthieux, who just over a second behind and had to settle for the bronze.

Canadian Scott Gow was a surprising fourth, 26 seconds adrift of the podium, but recorded his best result to date by far on the circuit with no penalties.

He was a couple of seconds in front of defending World Cup champion Johannes Thingnes Bø, who has won the title three years in a row.

Czech Republic's Markéta Davidová won her second World Cup race with a gold medal in the women's 15km individual event, all while keeping a clean slate, crossing the line in 42:43.5.

She was far ahead of Austrian Lisa Theresa Hauser, who was 1:17.7 behind with one fault to take the silver medal; holding off German Denise Herrmann by just over five seconds.

Missing out on the medals in fourth was Belarus' Dzinara Alimbekava who was 23 seconds behind Herrmann with one more penalty lap to take.

Uliana Nigmatulina of Russia completed the top five with one penalty, just over two minutes behind the Czech athlete.

Emma Lunder of Canada was just behind in sixth, followed by Norway's Emilie Ågheim Kalkenberg, Russian Kristina Reztsova, Anna Weidl of Germany and Norwegian Marte Olsbu Røiseland, who rounded off the top 10.

Defending World Cup champion Tiril Eckhoff of Norway had a day to forget, with five penalty laps dropping her all the way down to 30th.