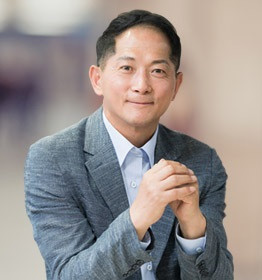 Goyang Mayor Lee Jae-joon has claimed it is "likely" North Korea will field a demonstration team but not participate at next year's World Taekwondo Poomsae Championships in the South Korean city.

Scheduled to be held from April 21 to 24 in 2022, the event is set to be the first major international tournament to be held in South Korea since the start of the coronavirus pandemic.

Around 2,000 athletes from 70 countries are expected to compete in the World Championships, but there remain doubts over North Korea’s participation.

A spokesperson for World Taekwondo told insidethegames said North Korea’s involvement was being discussed with the International Taekwon-Do Federation.

Speaking to the Korea Times, Lee claimed he hopeful North Korea would play some part in the tournament.

"The North Korean athletes probably won't participate in the competition, but the demonstration team is likely to come," said Lee.

"It was confirmed that a ranking official from North Korea's International Taekwondo Federation delivered to WT its intention to dispatch a demonstration team.

"We expect North and South Korea to jointly stage a 'performance of peace' for the first time in the poomsae championships.

"Goyang is located around the middle of the Korean Peninsula, and it takes only a 40 minutes' drive to get to Panmunjeom, the gateway to North Korea.

"On top of this locational advantage, we have diverse infrastructure and facilities for communication with North."

Relations between the two nations, who are still technically at war, appeared to thaw during the Pyeongchang 2018 Winter Olympic and Paralympic Games in South Korea.

North and South Korea marched together in the Opening Ceremony of the Games, a unified Korean team played in the women's ice hockey tournament and a high-level delegation from North Korea visited Pyeongchang.

The visit paved the way for an inter-Korean summit in April 2018, the first of three summits between President Moon Jae-in and North Korean leader Kim Jong-un that year.

North and South Korea also participated as a unified team in some events at the 2018 Asian Games in Jakarta and Palembang in Indonesia where Lee reportedly spoke to North Korean sports officials.

"We have been making efforts for the unification of these.

"Currently, the two Koreas cannot form a unified single team due to the difference in techniques."

Poomsae is a demonstrative form of the martial art.

The first World Taekwondo Poomsae Championships was held in 2006 and attracted 590 athletes from 59 athletes.

The discipline has grown significantly in popularity over the last 15 years as it provides a non-combat alternative to sparring ensuring that taekwondo can reach different audiences.

Last year’s World Championships were held online for the first time as a result of coronavirus-related limitations.

"The athletes will be competing in 36 different disciplines vying for 275 medals," added Lee.

"As they will be displaying various taekwondo techniques, it will be of great excitement, even for those who have little knowledge of the martial arts."