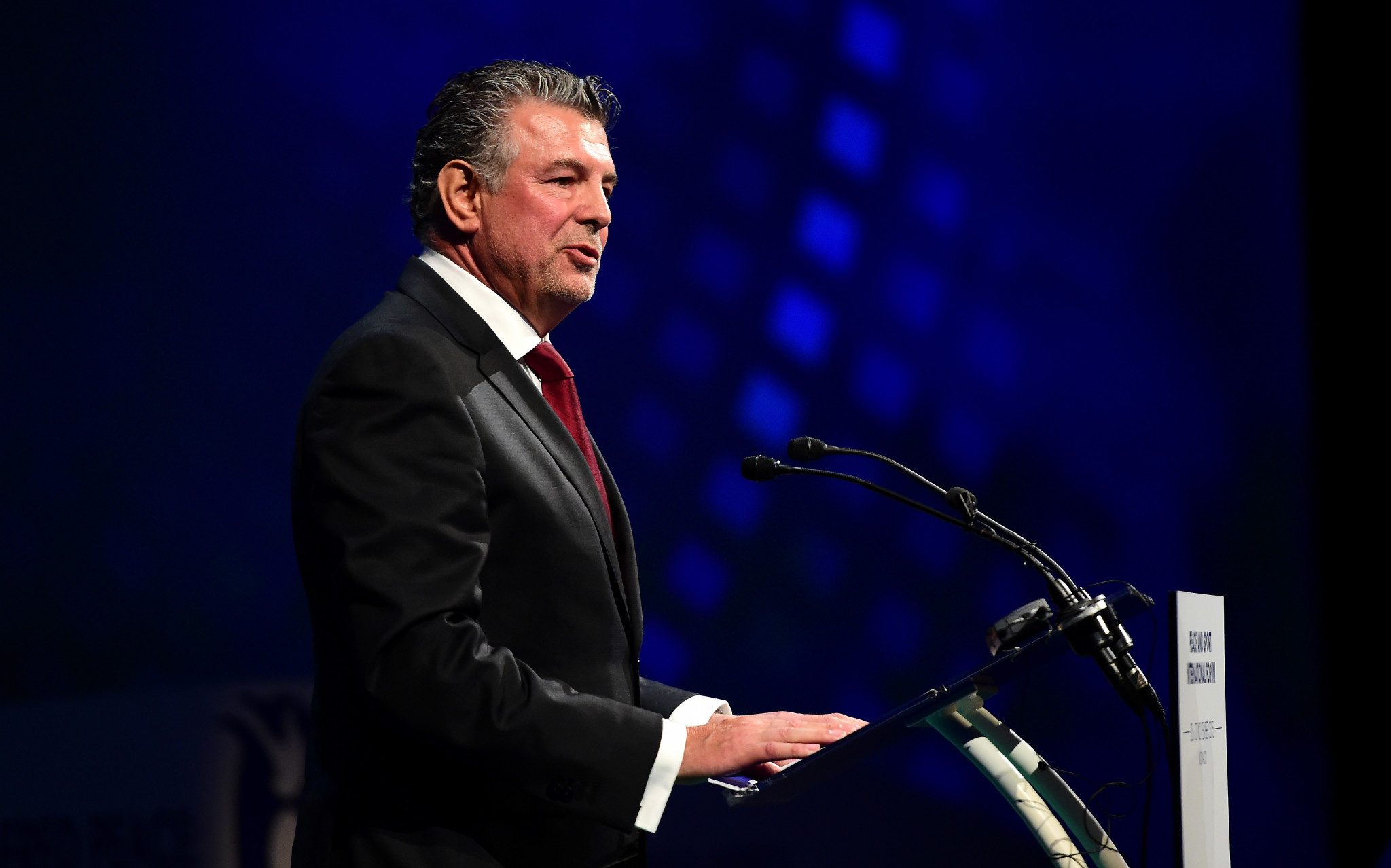 Bouzou argued that riding had become a "hinderance to our goals of global development" in an open letter and insisted it was "time to erase our reputation as a sport for high society and the elite - before it is too late".

The Frenchman's letter aimed to address what he described as "misunderstandings caused by an inaccurate and wayward attack" on the UIPM.

Riding is to be dropped as one of modern pentathlon's five disciplines after the Paris 2024 Olympics.

The UIPM Executive Board’s decision to drop its equestrian element followed a disastrous riding competition at the Tokyo 2020 Olympics, where German coach Kim Raisner was sent home after punching a horse who had refused to jump for Annika Schleu - the women's event's leader at the time.

Concerns the sport may lose its long-standing place on the Olympic programme have been used to justify the decision.

But the ruling has been slammed by prominent figures within the sport, with more than 700 athletes declaring they had no confidence in the UIPM President Klaus Schormann and the rest of the Executive Board, urging them to resign.

Bouzou, an Olympic medallist and former world champion, has responded to critics by issuing an open letter where he encourages pentathletes to accept change.

"When Baron Pierre de Coubertin invented the modern pentathlon, horses were not only used in military warfare but they were still a part of everyday life in many echelons of society," Bouzou wrote.

"In the same way that Coubertin could not have known what would constitute 'modern' in the 21st century, long after his death, we, as the guardians of his legacy and our beloved sport, cannot know what it will mean to be the complete athlete 30-40 years from now.

"But we must not sit still - we must try to embrace the future and acknowledge the pace of change.

"That can include making difficult decisions about consigning some parts of our sport to the past."

Bouzou has claimed the excitement of equestrian "comes at too great a cost", adding that horse welfare "cannot be guaranteed and nor can parity of competition" due to the draw system.

"Too often the best performers have been eliminated by an unfair and random factor," Bouzou wrote.

"A new modern pentathlon without riding will create a more level playing field.

"I ask all athletes who are distressed or angry about the consultation process to consider this.

"Also, I urge you to look back over your journey and imagine you had been training in a country where high-quality horses were rarely (if ever) available.

"The privileges you have enjoyed, and which I enjoyed, are denied to the majority and that’s why I feel we need to embrace a future without riding."

Bouzou added: "Looking at our sport today, and how it will be presented at Paris 2024 with a 90-minute showpiece, I am utterly convinced that we are doing the right thing.

"There is nothing 'modern' about a modern pentathlon that forever stays the same."

Bouzou also stressed the importance of creating role models who have a "wide influence that stretches far beyond the current pentathlon niche".

"As for modern pentathlon, the sport needs to be more affordable, more accessible, more appealing to all societies and more sustainable," the senior UIPM official - who is seeking re-election at the body's Congress on November 27 and 28 - claimed.

"I’m sorry to say that riding, for all its wonderful charms, has become a hindrance to our goals of global development.

"In my opinion, it is time to erase our reputation as a sport for high society and the elite - before it is too late."

The UIPM had promised open dialogue with athletes over as a replacement discipline, but that has been criticised due to a lack of transparency.

In response to Bouzou’s letter, Britain’s Kate Allenby, who won bronze at the Sydney 2000 Olympics, insisted "reforming and modernising does not necessarily mean removal".

A “far reaching global community” of 6 nations - have they forgotten about SWE, DEN, FIN, HUN, CAN, CZE, KGZ, IOC members, not to mention the British Olympic Association as well? Plus 750 athlete signatures opposing them…
Head in the sand much? #savepentathlon #pentathlonunited https://t.co/dR0MMmH8IJ

"He seems to be undermining [equestrian] and dumbing it down by making it unattractive," Allenby told insidethegames.

"What International Federation does that?

"In terms of reputation, it is about reforming, not deforming our sport and not tinkering with our sport.

"It is making it credible and modern."

The UIPM Executive Board has been criticised for using a force majeure clause to enable the body to represent the General Assembly and amend competition rules.

Bouzou has refuted accusations that the UIPM Executive Board acted unconstitutionally, insisting any decision over statutes and a new discipline will be made by the UIPM Congress.

"All the EB has done is accelerate the process of proposing in time a new format to the IOC for the consideration by the IOC Programme Commission in relation to the Olympic Summer Games Los Angeles 2028," Bouzou wrote.

"Our understanding is that no sport, event or component discipline is guaranteed a place at LA 2028."