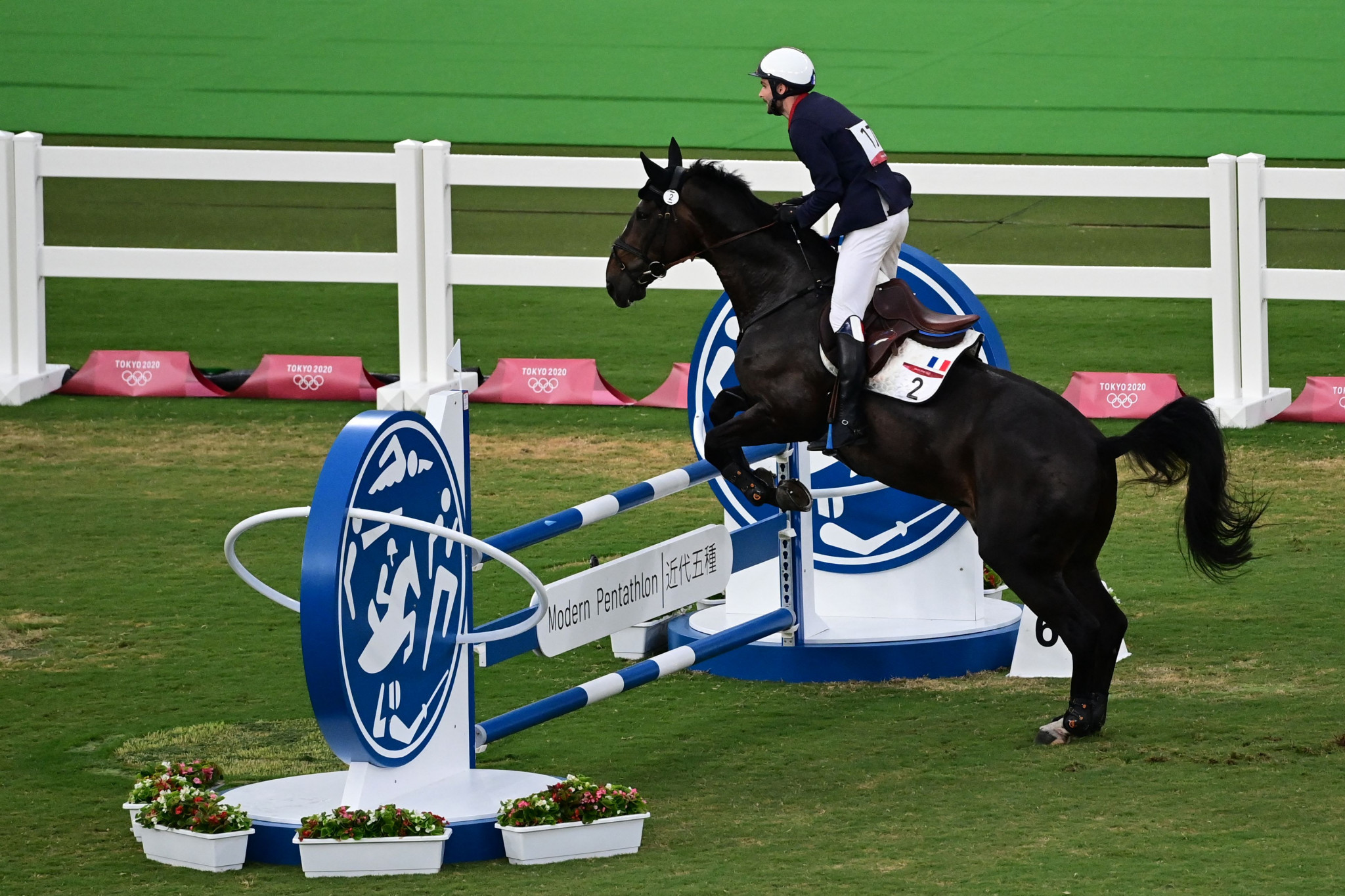 The International Modern Pentathlon Union (UIPM) has received letters of support from more than 50 National Federations (NFs) for its decision to replace riding and open a consultation over a new fifth discipline for the sport, it has claimed.

The governing body confirmed earlier this month the equestrian element of its programme would be dropped following a meeting of its Executive Board, citing fears for its Olympic future.

This followed criticism of the sport after German coach Kim Raisner was sent home from the Tokyo 2020 Olympics due to footage showing her punching the horse Saint-Boy.

Germany’s Annika Schleu had been leading the competition before the riding stage, when Saint-Boy was one of several horses who refused to jump.

Prominent figures have lambasted the UIPM Executive Board for its decision.

The Modern Pentathlon Federation of Sweden was among many NFs to speak out, calling for the UIPM to keep riding or for the Board to resign.

More than 650 athletes, including Britain's Tokyo 2020 champions Joe Choong and Kate French, declared they had no confidence in the UIPM President Klaus Schormann and the rest of the Executive Board, urging them to resign.

However, the UIPM has now said it has received official support from more than 50 of its 128 NFs, which, it argued, showed the decision to seek a replacement fifth discipline after Paris 2024 had "been accepted by a lot of UIPM National Federations not only as a necessary step but a positive development opportunity for the sport".

The UIPM published examples of correspondence it had received, including from Russia's two-time Olympic champion Andrey Moiseyev, who cited "sports tragedies during show jumping" at most Olympic Games over the last 30 years and said he hoped an alternative discipline would make the sport "fairer to the athletes".

The Egyptian Modern Pentathlon Federation argued the riding element was "not affordable or accessible to most", and that the change would help more countries in Africa to compete in modern pentathlon.

The Uganda Modern Pentathlon Federation suggested riding had "hindered us as a federation".

Concerns over funding for riding training were also emphasised by the Chinese Modern Pentathlon Federation, as well the cost of equestrian events when staging competitions.

It claimed this amounted to "at least two-thirds of the budget" at modern pentathlon events and came "without guarantee of the quality leaving athletes in unfair and unexpected conditions".

The French Modern Pentathlon Federation added there were issues with finding "similar-skilled horses" for competitions and replacing riding would help safeguard the sport's future.

Support for the decision was also pledged by the Philippine Modern Pentathlon Association, which said it would enable it to target resources at the other disciplines in the sport.

The UIPM also addressed criticisms that the force majeure clause exercised by the Executive Board was unconstitutional.

Similarly, the Modern Pentathlon Association of Denmark argued only a General Assembly has the power to take such a decision, not the Executive Board.

The UIPM insisted the Executive Board decision "only related to the proposal to be submitted to the IOC around LA 2028", and no decision had been taken on amendments to UIPM Statutes, Competition Rules or a replacement discipline for riding.

It said it acknowledged a UIPM Congress would be required for such a change, and "any relevant motions will be discussed within that forum following extensive consultation with all stakeholders among the Modern Pentathlon family".

The governing body will aim for a decision on proposed changes to be made at the 2022 Congress.

Schormann summarised: "Following the strong exchange of views that took place in various meetings of our global community in the past days, I would like to thank all the National Federations that have made their voice heard, and especially to express my gratitude on behalf of the EB (Executive Board) for the powerful wave of support for the fifth discipline consultation that has come from both our NFs and Confederations.

"This is a profound moment for our sport and it has been very difficult for many of us with a long association with modern pentathlon to accept that such a fundamental change is necessary.

"That is why I am so pleased we received this official support from people who truly care about the future of the sport.

"We also accept that some countries are finding it harder to accept the transition, especially those countries where there is a strong tradition of equestrianism.

"We take this opportunity to point out that the proposed replacement of riding in our point of view would not necessarily be enforced at all levels of modern pentathlon worldwide, only within the competition structures and training pathways relevant to athletes who plan to compete in future Olympic Games from Los Angeles 2028.

"UIPM will continue to work with all stakeholders hand in hand to create a clear vision for the future of modern pentathlon, and to realise the Olympic dreams of future generations of athletes."

The UIPM additionally addressed opposition from NFs, declaring the decision "was not taken lightly", and took into account the recommendations of the UIPM Innovation Commission and criteria to be used by the IOC to determine the programme for Los Angeles 2028.

The Olympic Programme Commission is scheduled to meet on December 1, and the UIPM said it was required to submit a proposal to the IOC one week prior.

This meeting will make recommendations to the Executive Board, who will make a final decision on the programmes for the Games in 2028 at its meeting from December 7 to 9.