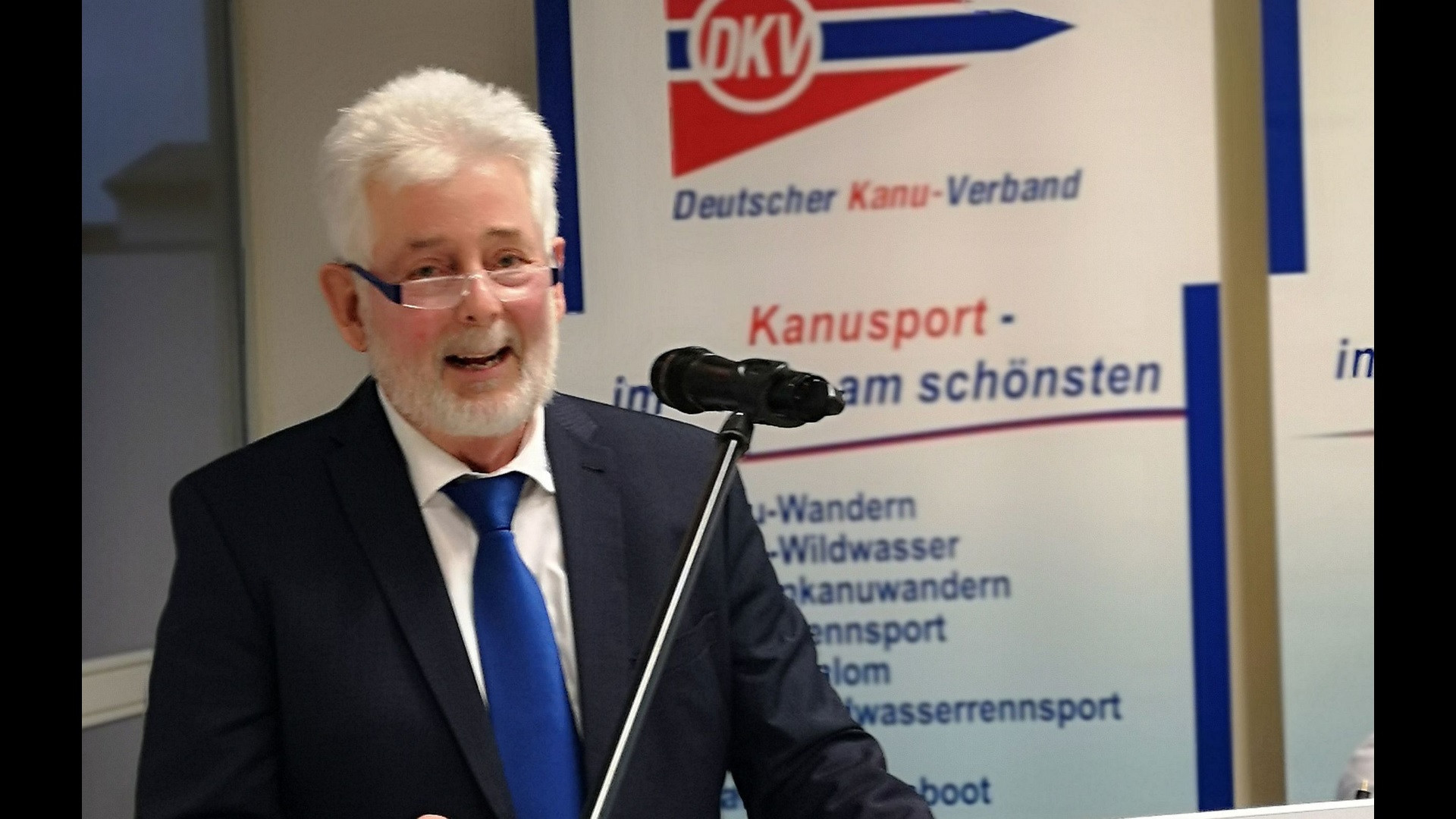 Konietzko led the national governing body for 11 years before securing the top job at the ICF following a vote at the organisation’s Congress earlier this month.

Perlwitz has now taken his place as DKV President after being unanimously elected at the body’s Canoe Day.

"I thank Thomas Konietzko on behalf of the entire association for his commitment," said Perlwitz in his opening speech at the election.

"In his own words, Thomas had the best time of his life with us at DKV.

"Now I am happy when this best time is still ahead of me.

"I know the DKV very well and know about the many tasks and challenges, but I have a good feeling that we can continue the successful work in the Presidium."

Konietzko defeated Russia’s Evgenii Arkhipov to become ICF President, replacing Spain’s José Perurena, who had been in office for more than a decade.

The German has now been unanimously elected as Honorary President of the DKV at the request of the State Canoe Association Berlin.

"There were 11 eventful but very nice years in this association.

"I have always given everything for our association and the canoeists and now I want to continue this on an international level.

"My goals in the ICF coincide with the goals of the DKV: To make it clear to people around the world that canoeing is the most beautiful sport."

Perlwitz, who previously held the role of vice-president, has become the 10th President in the 100-year history of the DKV.

A change in the statutes saw Karl Hauck and Joachim Schwarzrock both elected as vice-presidents in competitive sport for the first time.

"We realised that the range of tasks and expectations in competitive sport has grown enormously," said Perlwitz.

"It makes sense that we have to position ourselves more broadly and distribute the challenges of the future on more shoulders."

Ulrike Schreck, who has been acting vice-president, has secured the role on a permanent basis after securing a four-year term, while Luisa Glaab was elected as vice-president for youth.

They will join a seven-strong Presidium that also features Peter Ludwig and Isa Winter-Brand, vice-presidents for interior and finance and recreational sports respectively.

Alongside the elections, climate change and marketing were discussed at Canoe Day.

"We have to have the courage to do crazy things in our sports," said Groß.

"Something like that interests the media and attracts sponsors' attention.

"I can well imagine that one could market with canoe simulators on Mönckebergstrasse in Hamburg or SUP in front of the Frankfurt skyline.

"You just have to try it out and dare to do something."

Ricarda Funk triumphed in the women’s slalom K1 and there was also success for Germany’s team in the men’s K4 500 metres.