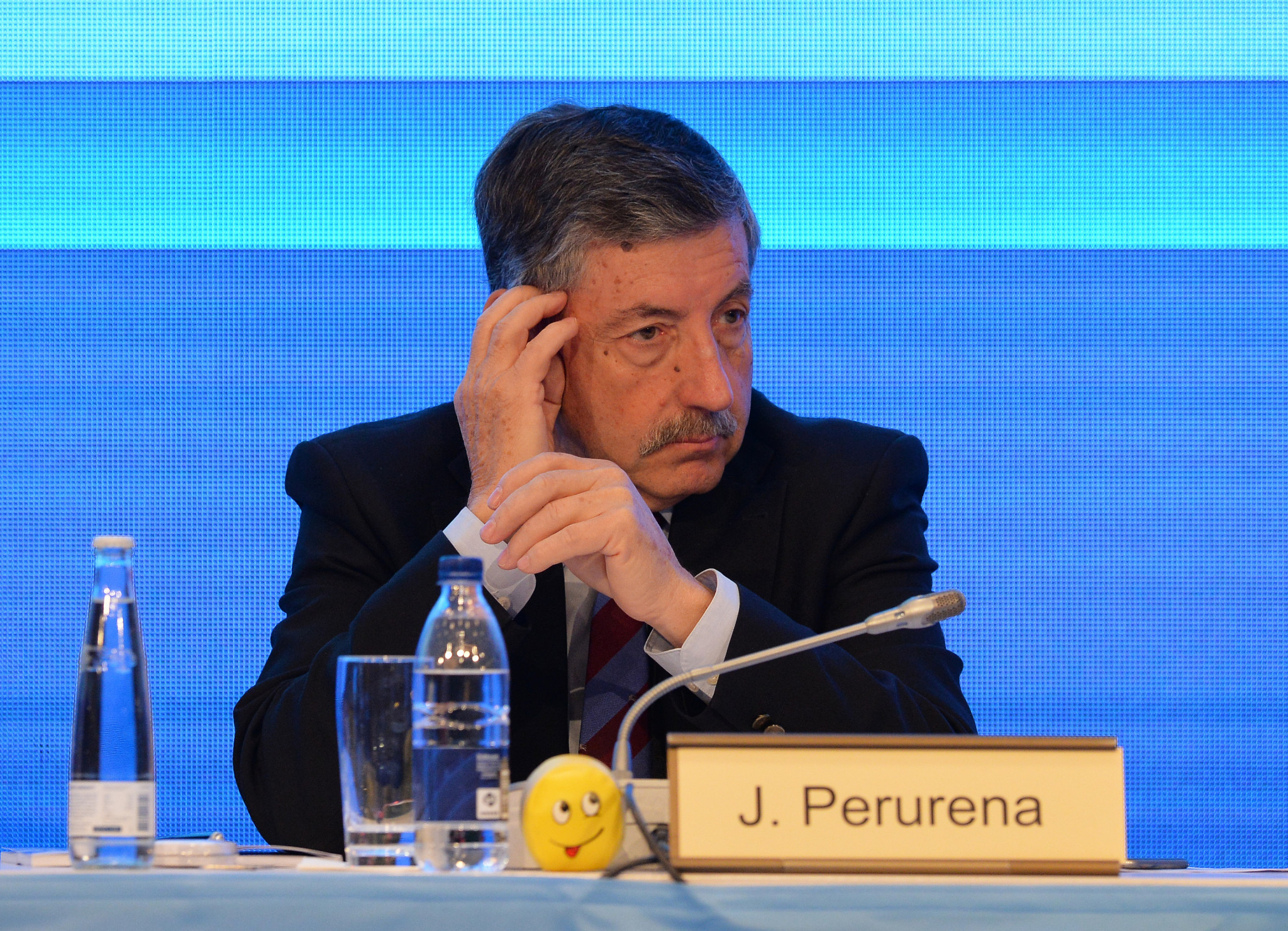 The International Canoe Federation (ICF) is poised to elect its new President with Germany's Thomas Konietzko and Evgenii Arkhipov of Russia seeking to succeed the outgoing José Perurena.

The Presidential election will take place on Saturday (November 6), as a three-day ICF Congress concludes in Italy’s capital city Rome.

Konietzko is a current an ICF vice-president and will hope to move into the top job, but faces competition from Russian Canoe Federation (RCF) chief Arkhipov.

The election had originally been scheduled to take place last year, only for the ICF Congress to be postponed due to the COVID-19 pandemic.

The postponement saw Perurena’s tenure extended for a further year, taking the Spaniard to 13 years in charge of the governing body.

Konietzko has said he will focus on the principles of innovation and change, cooperation, transparency, involvement and sustainability should he be elected.

The German official said the sport must engage with younger fans, engaging the audience through digital opportunities.

He said the sport must grow in Asia, the Americas and Africa, as well as its traditional strongholds in Europe and Oceania.

Konietzko has vowed to establish three regional managers to help continents to assist their National Federations, as well as making the development programme more sustainable.

Further manifesto pledges include a vow to make National Federations more involved in strategic decisions, along with providing clear guidance to organisers to help improve sustainability and reduce the organisation’s carbon footprint.

Konietzko said the ICF would seek to protect the sport’s 16 events on the Olympic programme and quota places, while a target of increasing Paralympic events from 10 at Paris 2024 to 12 at Los Angeles 2028 has been included in his plans.

Arkhipov has similarly pledged to maintain the sport’s Olympic events, as well as pursue new opportunities in line with the International Olympic Committee's Agenda 2020 reforms.

His video message outlined a need for ICF events to be adaptable to cities, allowing for events to take place in centres near popular tourist sites.

Arkhipov’s proposals include establishing official ICF events for athletes under the age of 16, the use of virtual reality and a 24-hour ICF online channel in several languages.

He has also suggested developing training centres on every continent, as well as centralised training for talented athletes from across the world.

Arkhipov says he would hope to fund the plans by securing an additional €10 million (£8.4 million/$11.5 million) in funding, secured via sponsorship agreements.

The Congress, which will begin tomorrow with Perurena’s President’s message and the secretary general’s report, will also see the appointment of officials to a variety of ICF Commissions.

ICF secretary general Simon Toulson has outlined the impact of the pandemic on the organisation over the past two years, praising the role of the board in ensuring the ICF remains in “good operational and financial situation”.

Toulson wrote that the ICF had hosted only three worldwide events in 2020 due to the pandemic, while a large number were able to take place in 2021.

He praised the support of National Federations in paying for tests and hotel isolations, having estimated that the organisation would have otherwise spent €300,000 (£254,000/$347,000) in COVID testing alone for 2021.

The ICF has reportedly spent estimates of €750,000 (£636,000/$868,000) in legal fees over the past three years, including five Tokyo 2020 legal challenges and a dispute with the International Surfing Association (ISA) over Stand-Up Paddle (SUP).

The Court of Arbitration for Sport (CAS) ruled in August that both the ISA and ICF can stage SUP events, but the ISA will be the International Federation to govern the sport at an Olympic level.