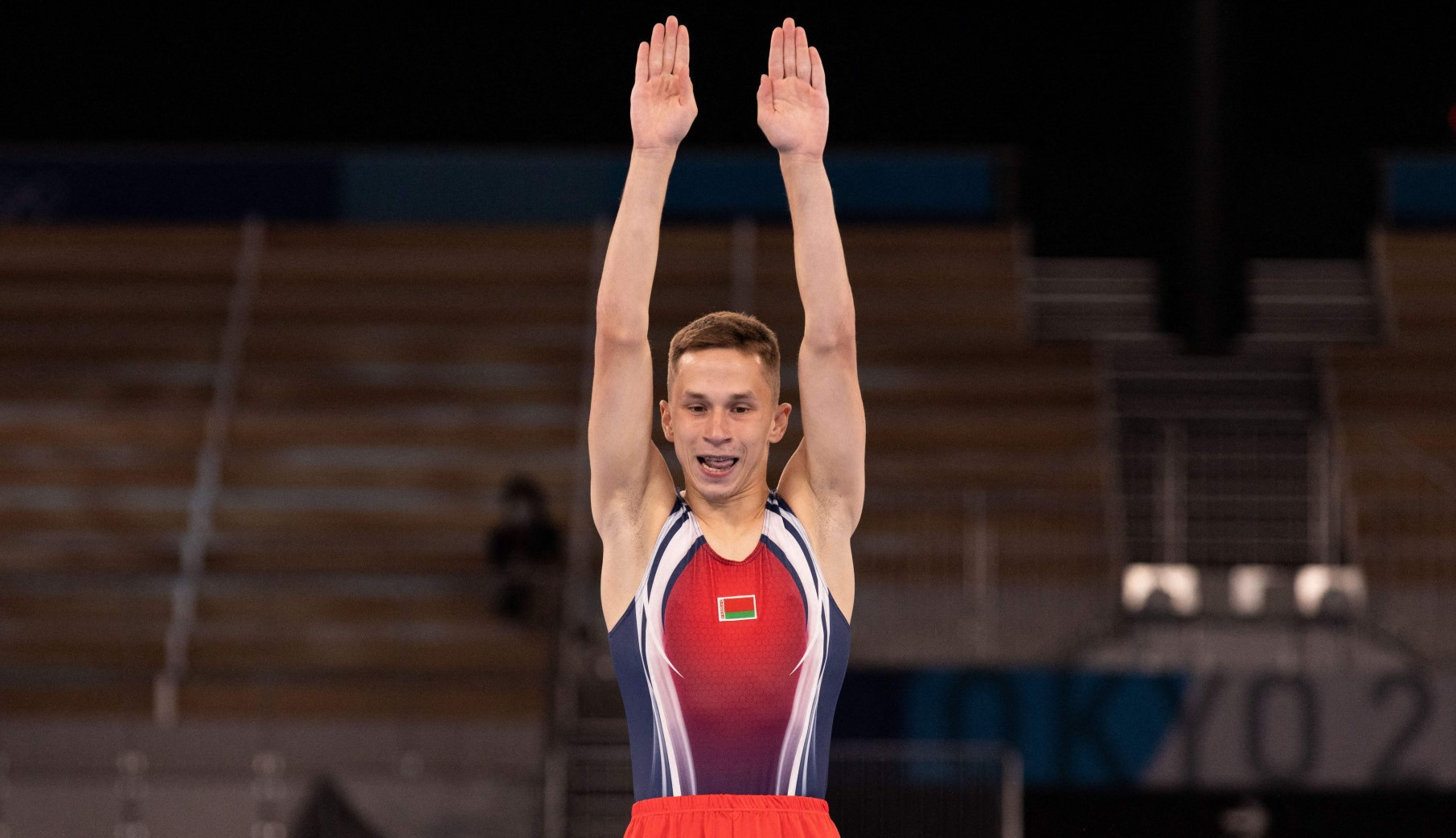 Tokyo 2020 Olympic Games champion Ivan Litvinovich suffered a shock elimination in the semi-final of the men's individual event at the Trampoline Gymnastics World Championships in Baku.

The Belarusian starred in qualifying in the Azeri capital, but struggled in the semi-final and was unable to finish his routine, placing 23rd with a score of 12.405.

China's Yan Langyu posted the best score with his 61.095, and was one of eight who progressed to tomorrow's final, with New Zealand's Olympic bronze medallist Dylan Schmidt also getting through with 60.715.

Three Chinese gymnasts led the way in the women's individual semi-final, but only Cao Yunzhu and Huang Yanfei were among the eight who progressed with their respective scores of 55.725 and 55.320.

Fan Xinyi missed out despite her 55.170, while Tokyo 2020 bronze medallist Bryony Page of Briton progressed with 55.115.

In today's finals at the Milli Gimnastika Arenasi, Belarus and China took the men's and women's synchronised trampoline titles respectively on the penultimate day of competition.

The Belarusian duo of Aleh Rabtsau and Andrei Builou, who both contributed to a men's team success yesterday, represented a blend of youth and experience which proved a winning formula in the men's synchronised trampoline as they scored 52.930.

That ensured Belarus took the title for the third time in the last four World Championships.

Silver went to Germany's Fabian Vogel and Matthias Pfleiderer with 52.290, while Josuah Faroux and Pierre Gouzou of France notched 52.050 for bronze.

In the women's event, Zhang Xinxin and Hu Yicheng continued their fine form from qualifying, earning gold for China with a score of 50.190 for difficulty and execution.

The 2019 individual world champion Hikaru Mori, paired with Narumi Tamura, clinched silver for Japan with 49.630, comfortably clear of the 46.670 posted by Portugal's Beatriz Martins and Catarina Marianito Nunes, who finished on the podium for the first time at the World Championships.

The women's tumbling competition was thrown wide open as France's Candy Briere-Vetillard, the best performer in qualification, picked up a penalty in the first pass and eventually finished sixth with 64.800.

Britain's Megan Kealy claimed gold by exactly one point with her total of 67.800.

Vasilii Makarski of the Russian Gymnastics Federation (RGF) in the men's double mini trampoline was the day's other winner.

Makarski helped the RGF to a double mini team crown yesterday, and added an individual title to his name by posting a superb 77.400, despite a landing deduction during the first pass.

"I am so happy," he said afterwards.

"My main emotion is happiness; I just can’t believe I have this medal."

Portugal's Diogo Cabral reached the final as the 12th-best qualifier, only progressing as each nation at the World Championships can only have two representatives in the final.

However, he scored 75.100 to earn a silver, the same medal he won in yesterday's team event.

The United States' Ruben Padilla was relegated to the bronze-medal position with a landing penalty on the second pass, finishing with 74.900.

The World Championships conclude tomorrow, including the men's and women's individual, the women's double mini trampoline and men's tumbling, and the all-around team finals.