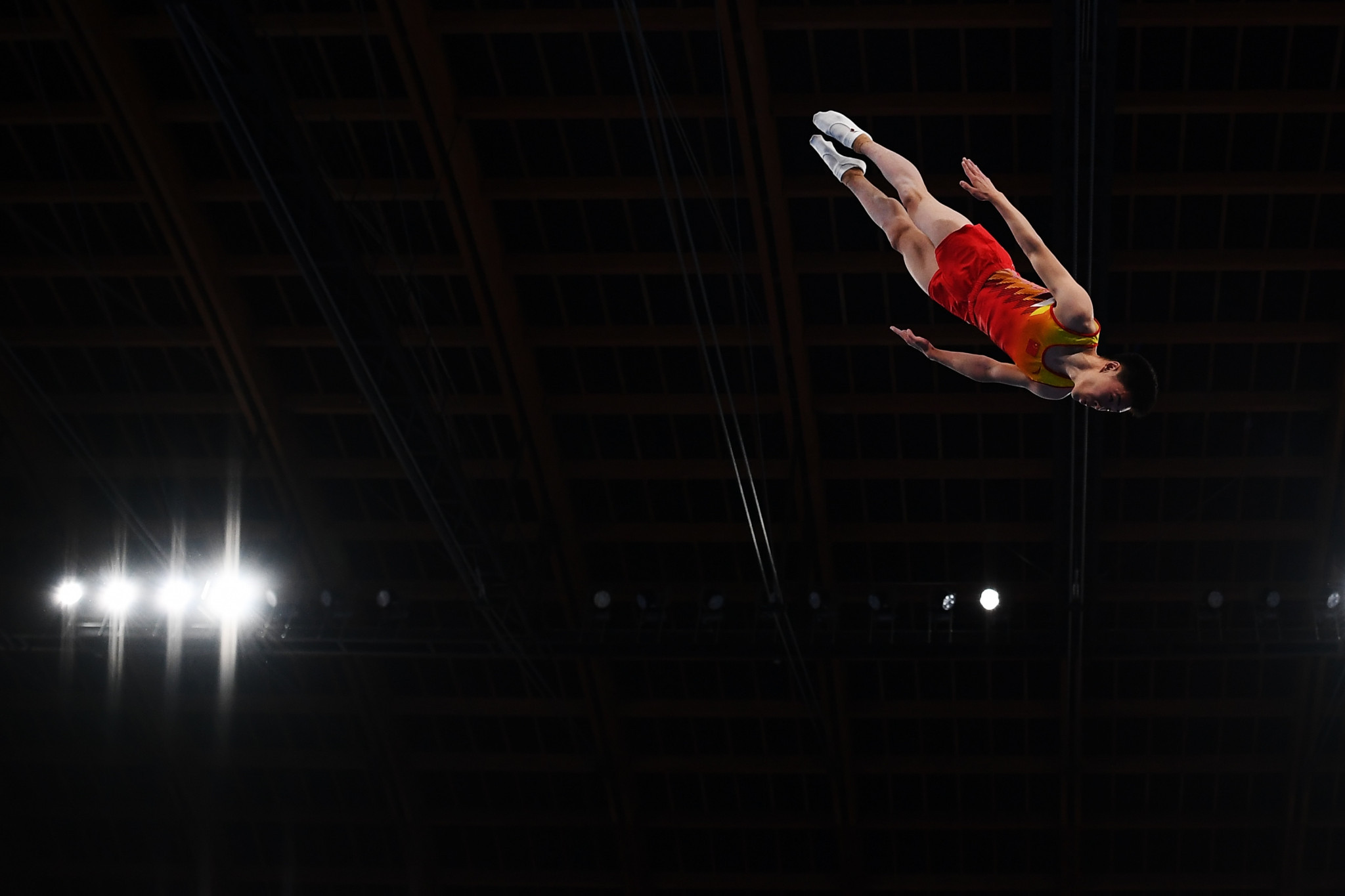 A successor to Gao Lei will be crowned at the International Gymnastics Federation (FIG) Trampoline World Championships in Baku with the four-time champion absent from the event in Azerbaijan’s capital city.

Gao became the first man to win four consecutive world titles when he topped the podium at the World Championships in 2019, following previous triumphs in Denmark, Bulgaria and Russia.

The Chinese athlete has opted not to compete in Baku, with a new champion set to be crowned for the first time since 2015.

Belarus’ Ivan Litvinovich will be among the favourites to succeed Gao.

Litvinovich finished as the runner-up in 2019, before clinching the Olympic title in the Japanese capital city earlier this year.

He could face competition from Tokyo 2020 bronze medallist Dylan Schmidt of New Zealand.

Japan’s Mori Hikaru will hope to defend the women’s trampoline world title she earned two years ago in front of a home crowd.

It was all 😀 in Baku 🇦🇿 as the gymnasts got their last chance to test out the arena ahead of #Trampoline #Gymnastics World Championships Qualification!
Who are you most looking forward to seeing in action over the next few days? #TRAWorldChampBaku2021 #Synchro #DMT #Tumbling pic.twitter.com/LaNWeUyipo

A total of 15 titles will be on offer at the World Championships, which will take place until Sunday (November 21).

Competition will be taking place across individual, synchronised, double mini-trampoline and tumbling disciplines at the Baku National Gymnastics Arena.

"The Trampoline Gymnastics World Championships show the essence of gymnastics: its power, its grace, and the awe-inspiring capabilities of those who specialise in it," said Morinari Watanabe, FIG President.

"As the first large-scale trampoline event since Tokyo 2020, it will indicate new rising stars as we begin to move toward Paris 2024."

An all-around team competition will also feature at the event, in which gymnasts from each discipline will contribute to a cumulative team score.

The FIG says around 250 gymnasts are set to compete at the World Championships.