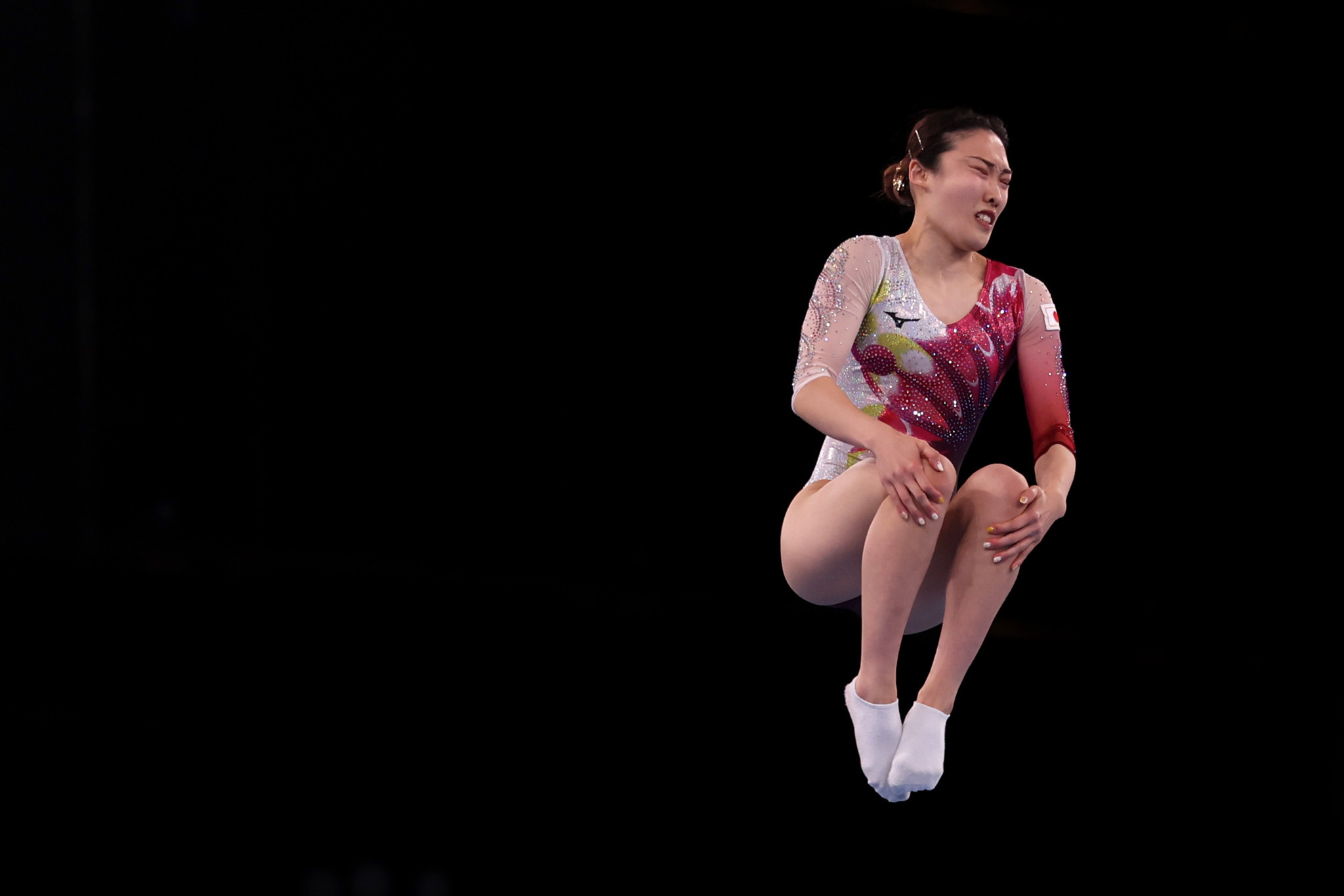 "Our first emotions were relief, because we defended our title," Rabtsau said.

"Everyone on our team did great, and showed their combinations at the highest level, and we beat other countries by a fairly big margin."

Japan were their nearest challengers with 178.335, while bronze went to the Russian Gymnastics Federation (RGF) with 169.550.

An experienced RGF team took their fourth consecutive men's double mini crown, with Mikhail Zalomin earning a 10th gold at the World Championships in the process.

Vasilii Makarskii and Aleksandr Odintsov also contributed to the RGF's tally of 115.800.

The RGF secured its second victory of the Championships in the men's tumbling, with 112.800 from Aleksandr Lisitsyn, Aleksei Svetlishnikov, Vadim Afanasev and Maksim Riabikov seeing off the 111.200 recorded by Britain's Kristof Willerton, Jaydon Paddock, William Cowen and Elliott Browne.

France secured its first tumbling gold medal since 1996 in the women's event as Candy Briere-Vetillard, Lucie Tumoine, Emilie Wambote, and Maelle Dumitru-Marin posted 99.400, one ahead of Belgium.

Today's other final was the women's double mini trampoline, won by the United States.

Tristan van Natta top scored with 35.200 en route to a 104.900 recorded by the American team, which included her sister Trinity.

Shelby Nobuhara and Lacey Jenkins also contributed as the US secured back-to-back titles in this event.

They had to stave off a strong challenge from the RGF's Dana Sadkova, Daria Nespanova, Aleksandra Bonartseva, and Alina Kuznetcova, who finished just 0.1 behind the champions.

In women's synchronised trampoline qualification, two pairs from China were the top scorers, but only Hu Yicheng and Zhang Xinxin progressed to the final with 92.760.

Japan's Mori and Tamura scored 91.200 as the next best of the eight who qualified.

Builou and Rabtsau of Belarus were the top performers in the men's synchronised trampoline with 95.320 as eight pairs got through to the final.

There was an RGF one-two in men's individual tumbling qualification, with Lisitsyn and Afanasev posting 75.800 and 75.500 respectively.