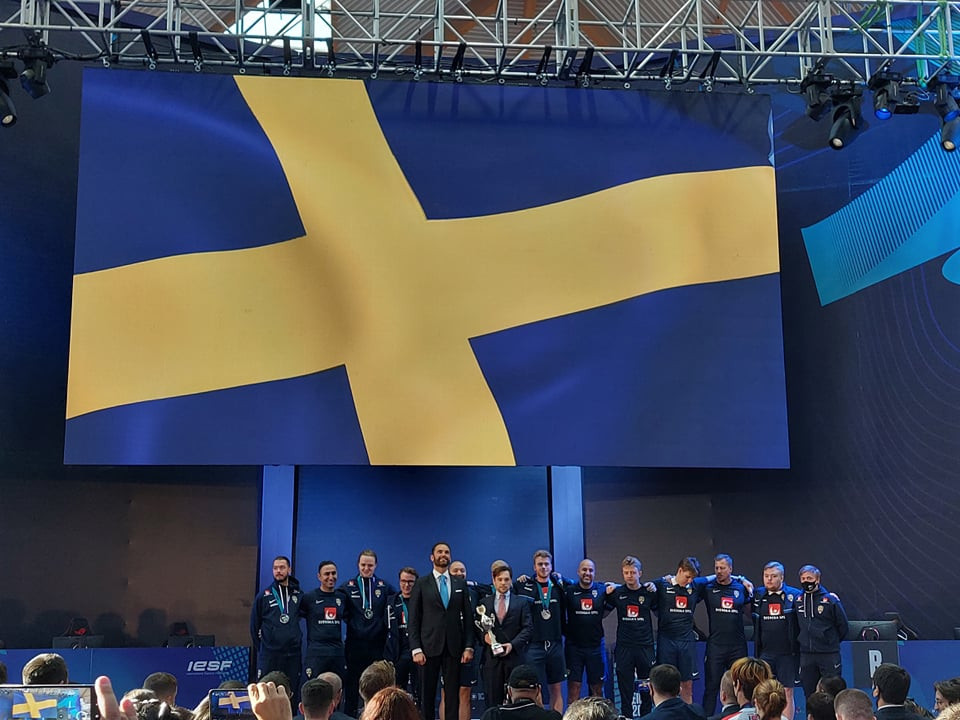 The Czech Republic had booked their place in the Dota 2 final following consecutive 2-0 wins over Sweden and Israel in the knock-out phase of the multiplayer online battle arena game, before a 2-1 semi-final success over Kosovo.

Sweden had been forced to take a longer route after their loss to the Czech Republic forced them to play in the repechages.

Three straight 2-0 victories, finishing with a win over Kosovo, proved enough to book a rematch with the Czech team in the final.

Sweden was left settling for second place, with Kosovo rounding off the podium places.

The medal ceremonies for all four games titles and the featured game Audition were held during the Closing Ceremony of the World Championships Finals.

The Swedish team was presented with the award for the best overall nation at the event.

Sweden had finished fourth in CS:GO and eighth in Tekken 7, as well as earning three wins in the group stage of the eFootball PES tournament.

It is the second time Sweden have been crowned as the overall winners at the World Championship Finals, having also claimed the title back in 2011.

IESF President Vlad Marinescu thanked the host nation Israel for its support of the World Championships, particularly during the challenges posed by the COVID-19 pandemic.

Marinescu noted the diversity of medallists across the event, with no country earning more than one medal.

"Every single medal awarded was given to a different country," Marinescu said.

"This shows the diversity of our community.

"We are a big community, a diverse community and everyone is at the highest level.

"Thank you for participating."

The Closing Ceremony was brought to a close with the IESF flag being presented to Indonesia, who were early announced as the 2022 hosts.

Next year’s event will be held in Bali from November 20 to 27.