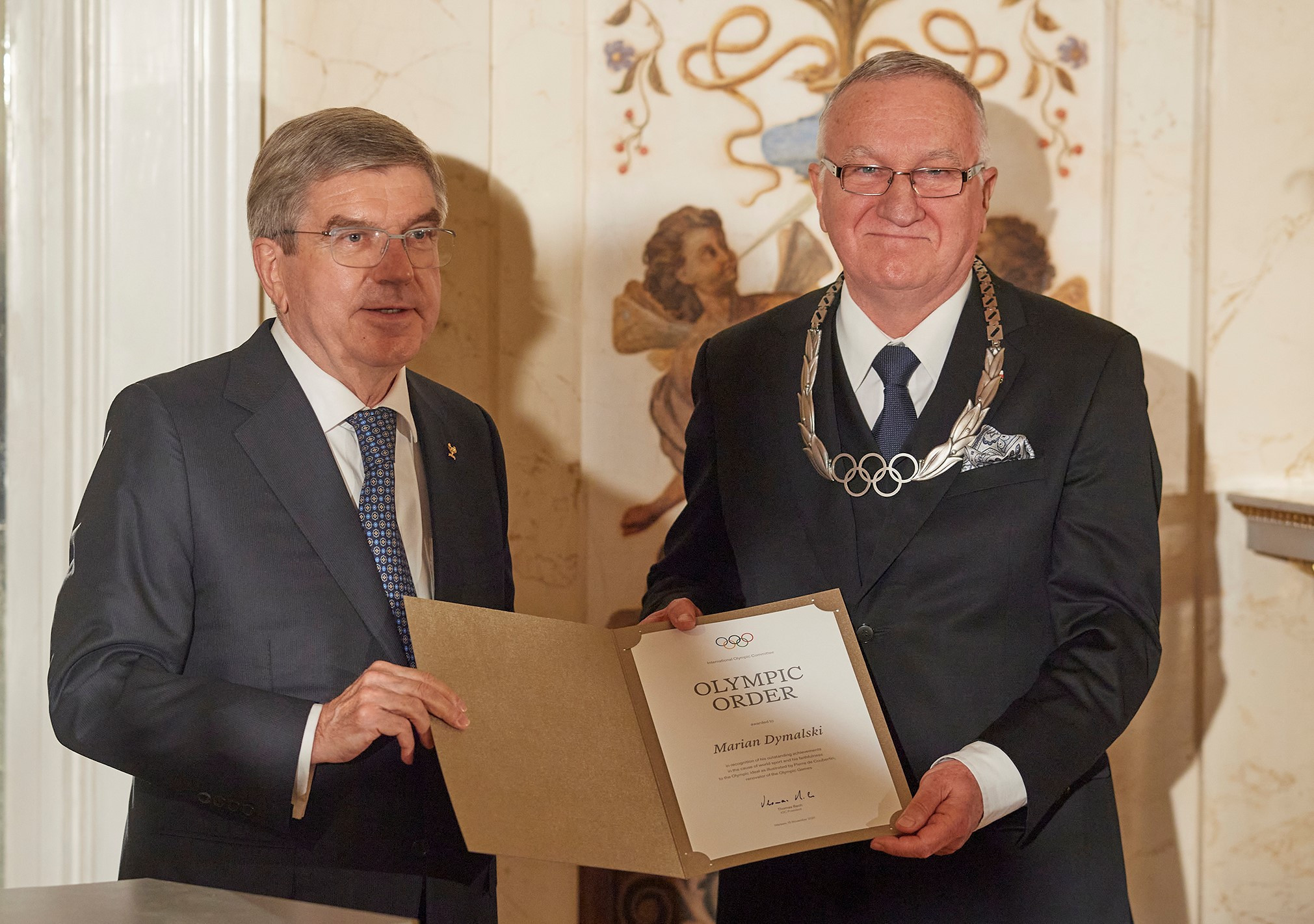 The Olympic Order is awarded to individuals who have demonstrated Olympic values and ideas, while being influential towards the development of sport.

Dymalski, also the Polish University Sports Federation vice-president and member of the Polish Olympic Committee Presidium, received the award from Bach and was congratulated for his work throughout the Olympic and university sport movements.

One of the founders of the European University Sport Association (EUSA) over 20 years ago, Dymalski operated under various International Federations, including FISU, The World Games Association and EUSA.

"Today I was decorated by the President of the International Olympic Committee, Dr Thomas Bach with the highest honour – the Olympic Order," said Dymalski.

Member of the European Parliament Tomasz Poreba, President of WADA Witold Banka, Rector of Warsaw University and President of AZS professor Alojzy Nowak, and the Mayor of Wroclaw, Jacek Sutryk, also congratulated Dymalski on the honour.

In a statement, the FISU said: "FISU congratulates Mr Dymalski on this achievement as he has had a tremendous impact on university sport in Poland and the global university sport movement."