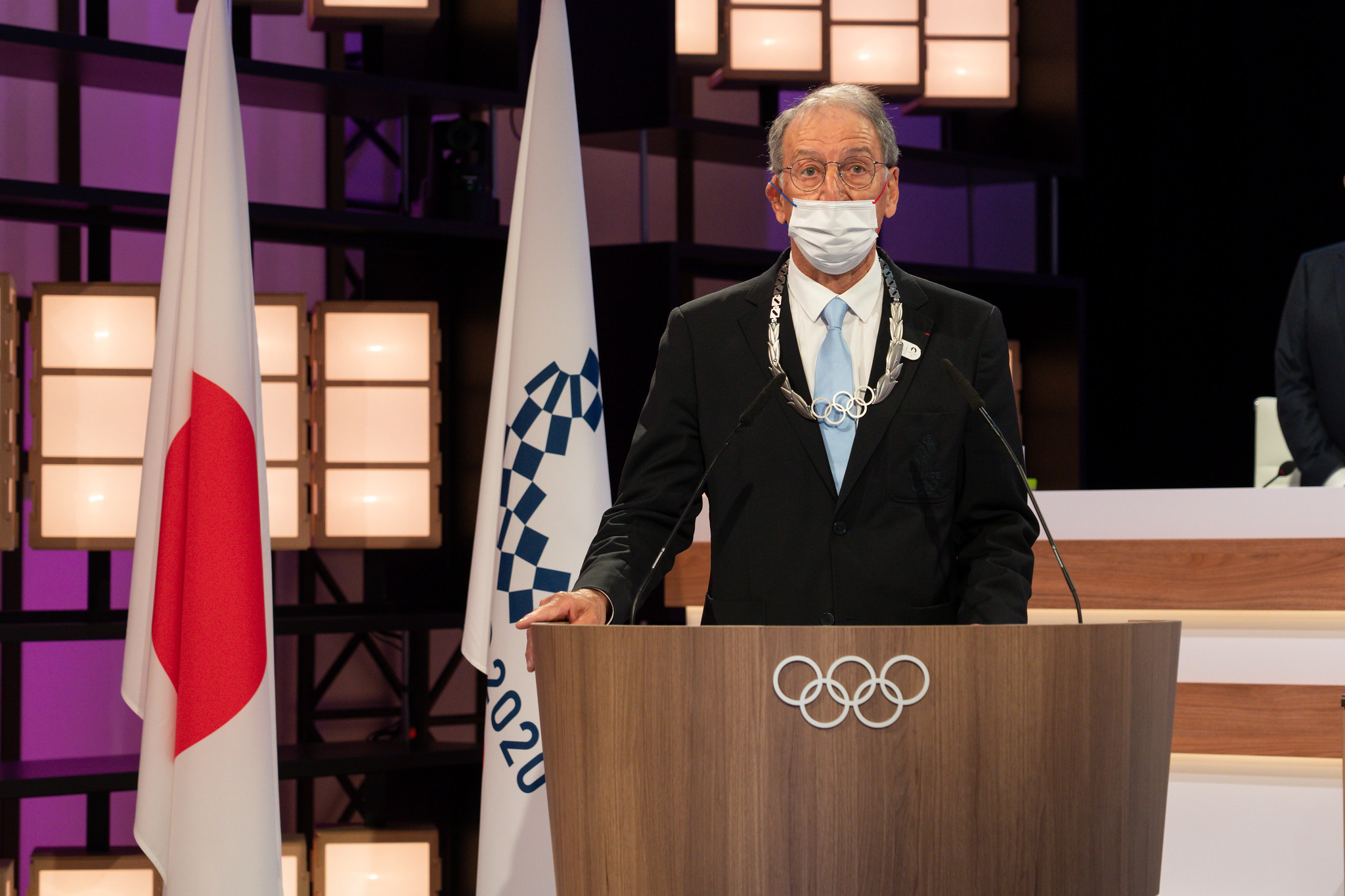 Former French National Olympic and Sports Committee (CNOSF) President Denis Masseglia has been awarded the Olympic Order for his services to sport.

The French official led the CNOSF from 2009 until this year, when he stepped down after reaching the age limit.

Masseglia was replaced by Brigitte Henriques, who won a four-way contest in the CNOSF Presidential election last month.

Bach praised Masseglia for his work in France, in rowing and with the Mediterranean Games before presenting him with the Olympic Order at the Session at the IOC's five-star hotel in the Japanese capital.

"It is with enormous emotion that I stand here," Masséglia said.

"To be distinguished in this manner goes straight to the heart.

"It has been a great experience."

Masseglia said earlier this year that he was hoping to remain of service to organisers of the 2024 Olympic and Paralympic Games in Paris.

He had been heavily involved in Paris' campaign for the 2024 Games before the French city was awarded the event at the 2017 IOC Session in a double allocation with Los Angeles, which was given the right to stage the 2028 Olympics.

A former President of the French Rowing Federation, Masseglia had also served as a as vice-president of the International Committee for the Mediterranean Games.

Masseglia was part of the International Rowing Federation's ruling Council between 1999 and 2010.